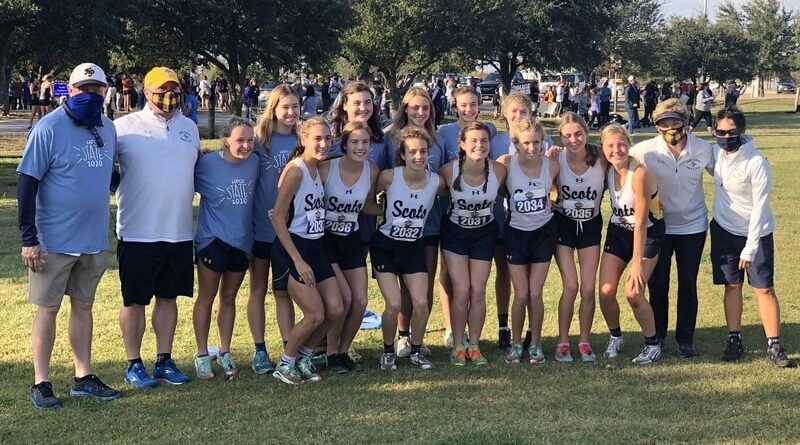 Fawcett won a silver medal in the Class 5A girls race at the UIL state meet on Monday at Old Settlers Park in Round Rock. She led the Lady Scots to a fifth place showing in the team standings.

Fawcett’s time of 17 minutes, 29 seconds on the 5-kilometer course was about 18 seconds behind the champion, Cedar Park freshman Isabel Conde de Frankenberg.

She kept a steady pace and remained within striking distance of the lead throughout. Fawcett was fourth at the mile mark and at two miles, by which time a small group of competitors had separated by a wide margin from the pack.

Other finishers for the Lady Scots included Isabel Blaylock, Ashley Goldman, and Carolyn Flowers. The HP girls have been represented by at least one runner at state for 46 straight years.