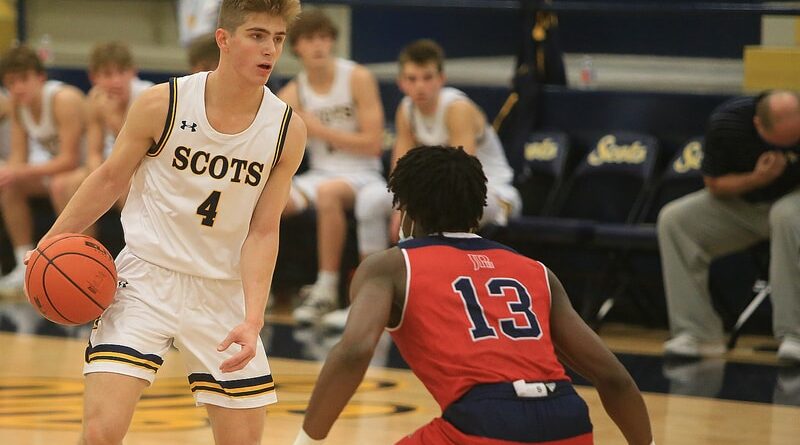 Amid an early-season flurry of tough contests, the Highland Park boys had their three-game winning streak snapped on Tuesday.

The 47-41 loss to Hebron marked the lowest scoring output so far this year for the Scots (3-2). Jack Pease had 15 points to pace HP, followed by Michael Egenes with 11.

On Monday, the Scots held off Class 4A powerhouse Argyle 52-43, with Pease (14 points) and Egenes (10 points) again leading the way. Last week, HP scored a pair of impressive victories against Wylie and Lewisville.

The Scots will take a break for the holiday weekend before a road game on Dec. 1 against McKinney.

On the girls side, HP won back-to-back games for the first time this season before falling 44-31 at Mansfield Legacy on Monday. Vivian Jin and Madison Visinsky scored eight points apiece for the Lady Scots (3-4).

It capped a streak of three games in four days for HP, which defeated Richardson Berkner and Garland Naaman Forest in lopsided fashion over the weekend. The Lady Scots will travel to McKinney on Nov. 30.