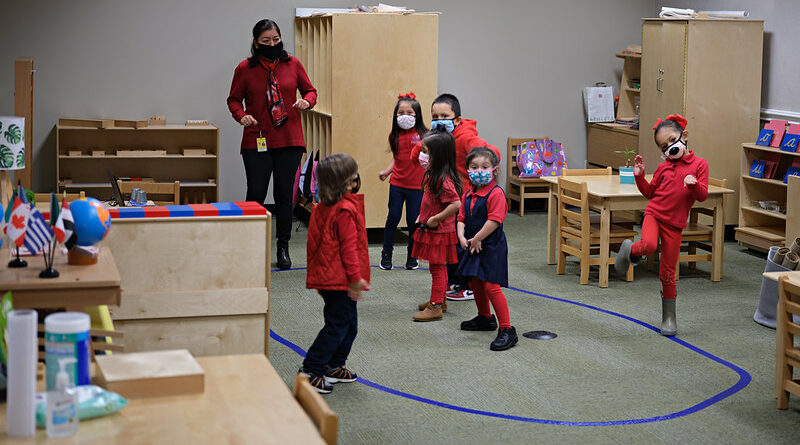 School – especially in Dallas ISD, where the students who would qualify for free and reduced lunch hovers somewhere in the 90% range – is often a lot more than a place to learn. It’s sometimes also child care, mental health services, a place to find a mentor, and in some cases – a place to lay your head at night.

So what happens when a global pandemic hits your city, and students leave for spring break and just never come back?

Turns out, a lot, and all of it makes it doubly difficult for children to learn.

Dallas ISD trustees got a glimpse in November of the impact that scramble in the spring to get technology and a cobbled-together curriculum to families had on learning, thanks to data from a district-wide assessment called the Measure of Academic Progress, or MAP.

Almost a third of all students experienced reading loss, and half of all students lost vital math skills, MAP scores from the beginning of the school year revealed. Nearly every elementary and middle school student in the district came to school in September with fewer math skills than kids the year before in the same grades.

District staff explained intervention possibilities, including longer school years and summer school options. For about $80 million, 100 schools with some of the worst losses could get additional resources, including creating a smaller student to teacher ratio.

Trustee Dustin Marshall pointed to the district’s $661 million rainy day fund that could be tapped to help with interventions.

“This is a flood,” he said. “Come back with some major, bold proposals of how we’re going to spend that money and get these kids back to where they need to be.”

But in the meantime, the district is also working to improve its messaging and knock back any misconceptions – including that many families were still under the impression that the fall approach to learning would be similar to the spring approach, which didn’t require daily attendance even virtually.

“There is definitely a misconception that it’s like the spring now at the elementary level,” Robyn Harris, the district’s news and information director, said.

The district’s truancy department is also pivoting a bit to help make sure parents are aware when their virtual students aren’t logging in.

“Our family demographic is such that many of the parents are essential workers,” Harris said.

“And they have to go work, and they’re not able to sit shoulder to shoulder with their students. So they’re relying on their students to say, ‘Hey, look, I’ve got to do this.’”

As the first nine weeks ends, Harris said the district is also encouraging parents with children who are struggling to consider coming back to campus.

“We can’t force anybody to do that,” she said. “We’re trying to let parents know as best as we can as much as we can, that their students have fallen behind.”