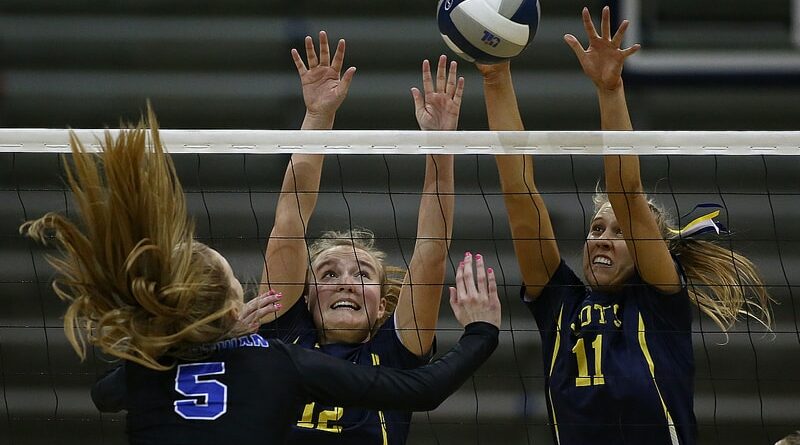 Once Midlothian snatched the momentum away from Highland Park on Friday, the Lady Scots saw their season slip away.

The Lady Scots (19-8) dominated the first two sets but couldn’t close the deal as they fell to Midlothian for the second time this season — including a four-set loss in late September.

“We knew they were going to come back at us,” said HP head coach Michael Dearman. “They picked it up and executed really well and cut down on their errors.”

HP won the first eight sets of its postseason run before dropping the last three.

In the final stanza, Midlothian maintained a small advantage after a back-row kill by sophomore Kenna Buchanan made it 8-5. 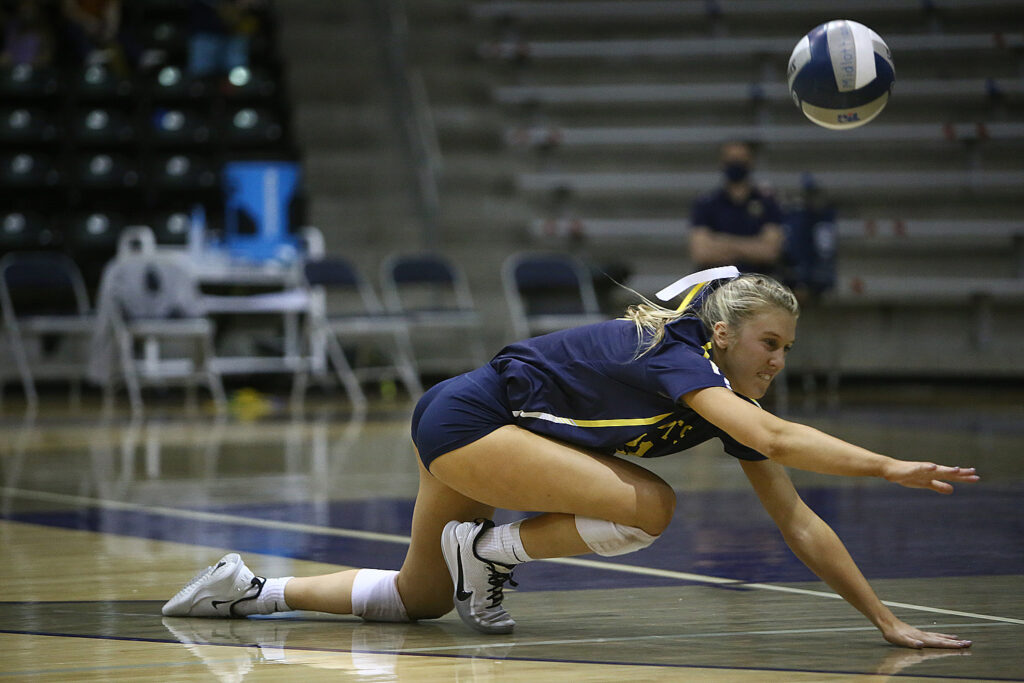 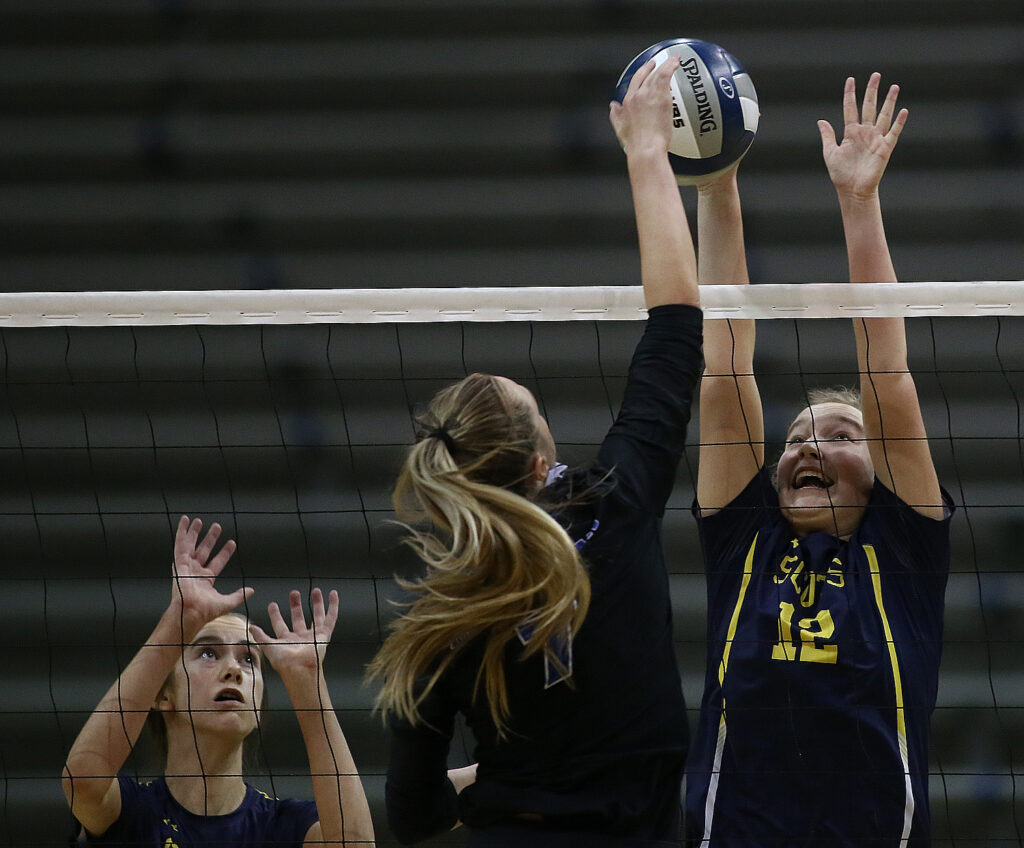 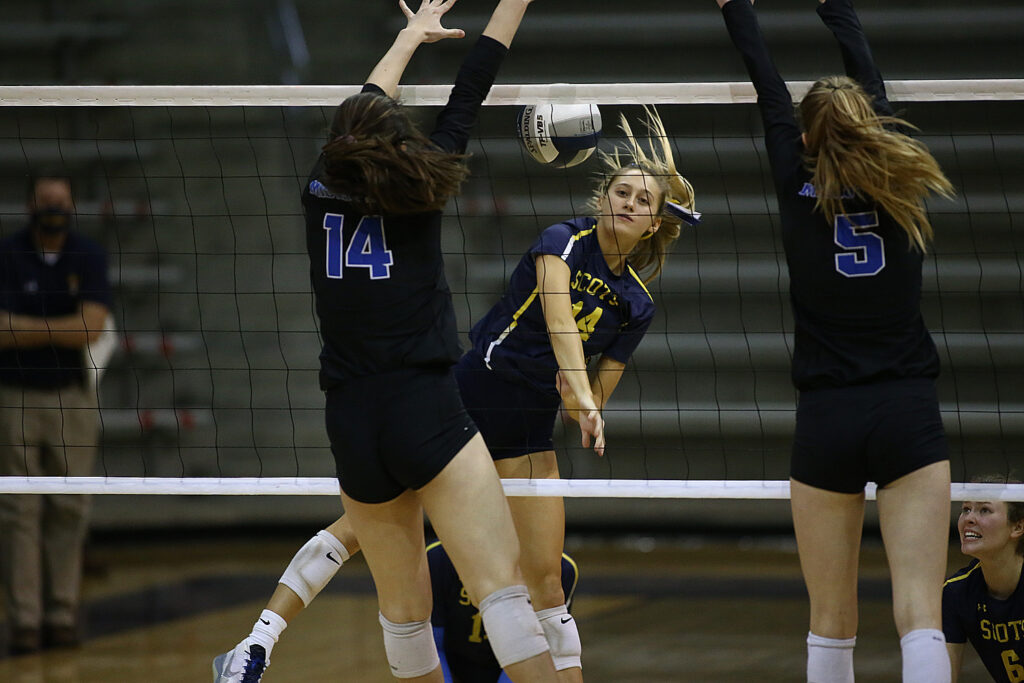 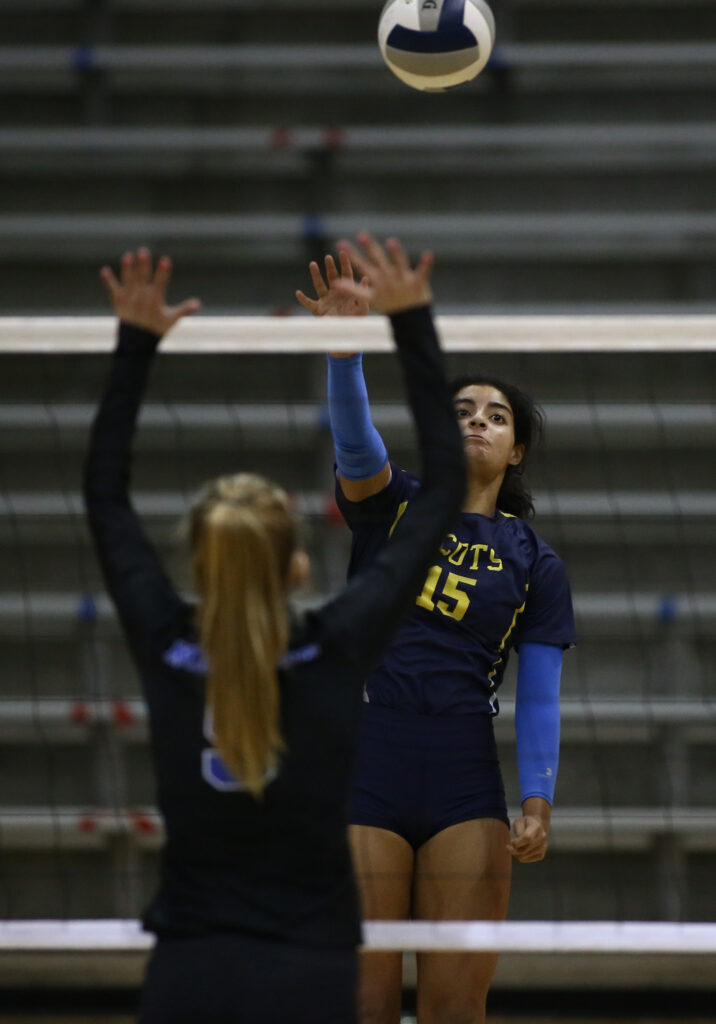 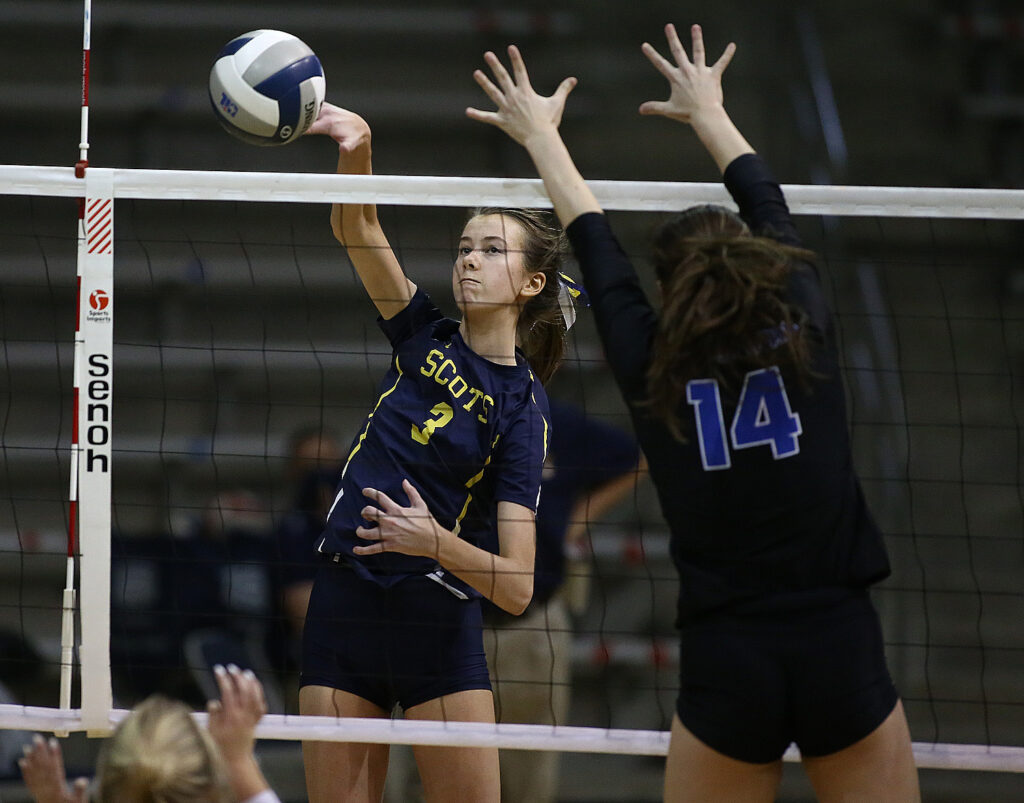 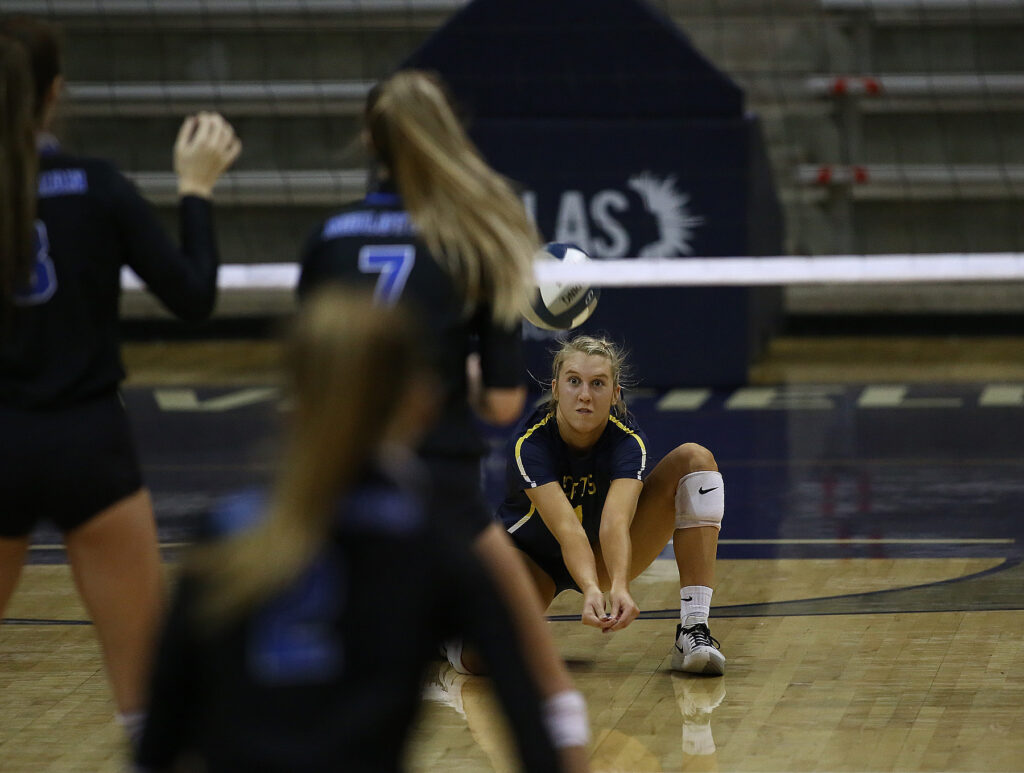 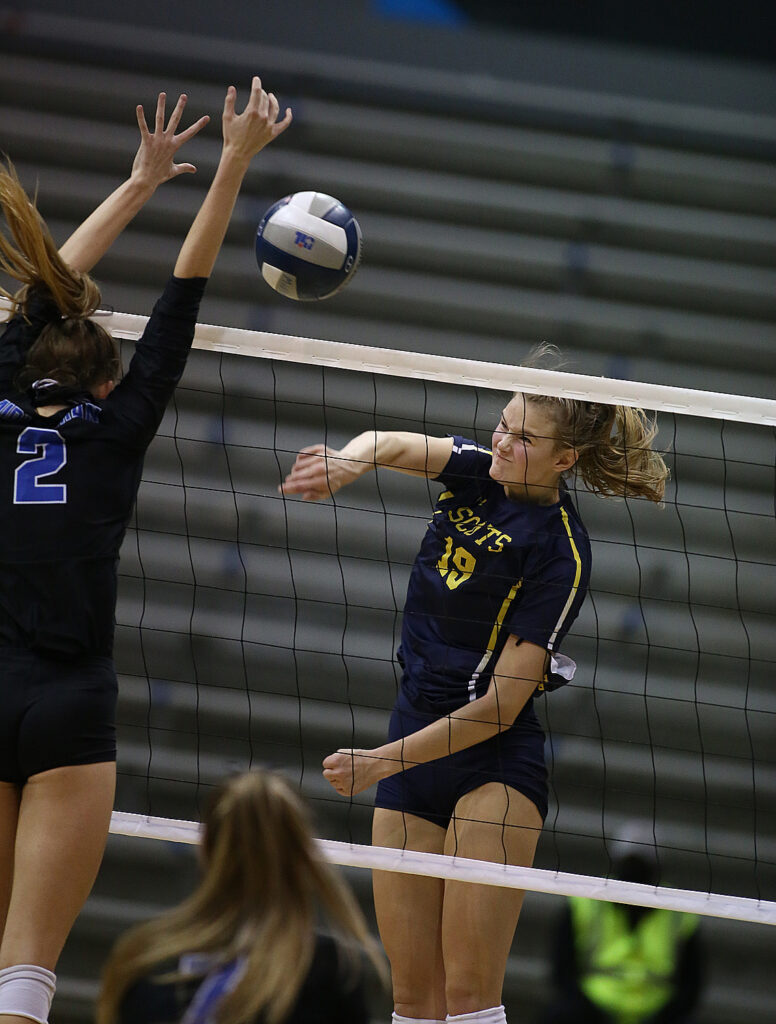 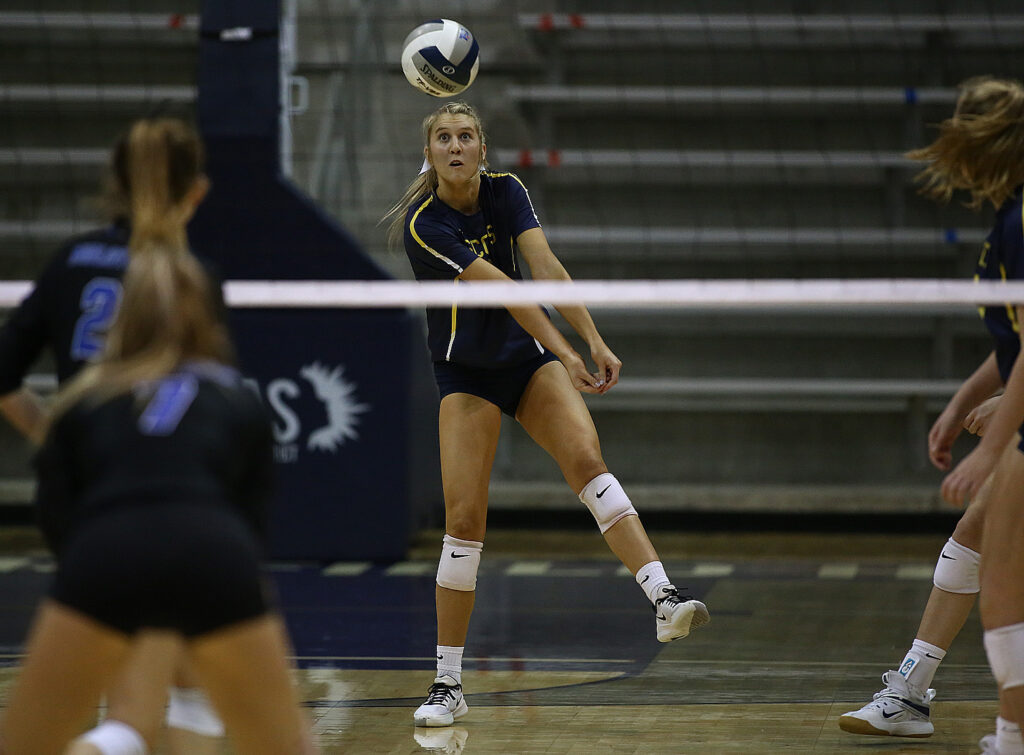 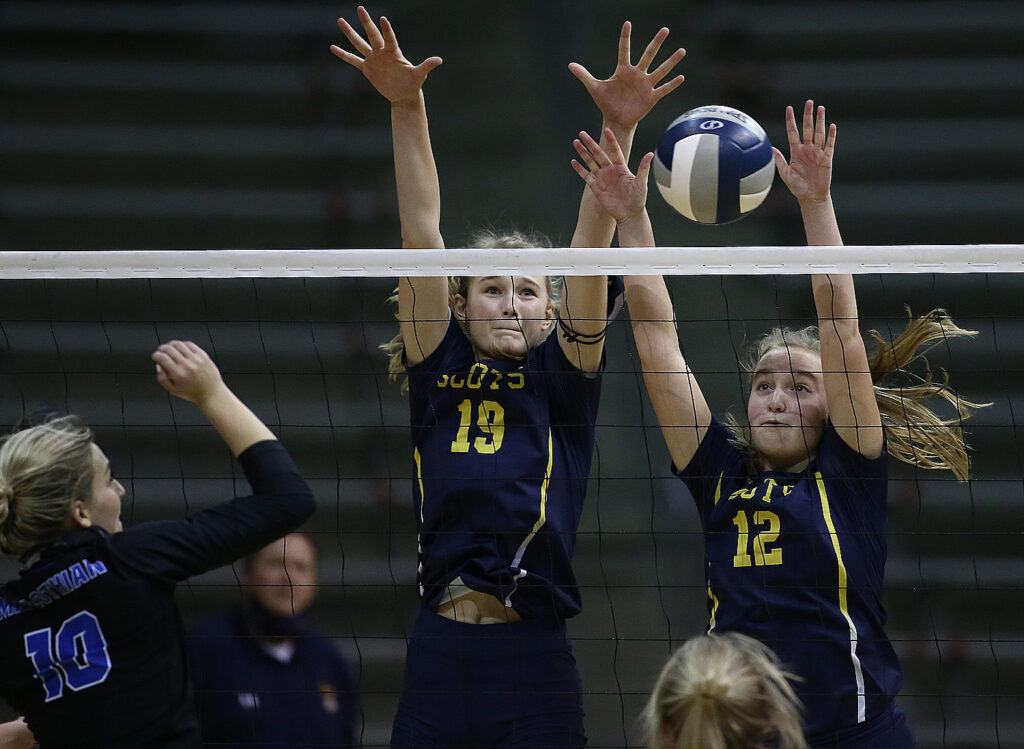 Consecutive big swings by HP’s Emily Hellmuth and Presley Wright shrunk the deficit, but the Lady Panthers (22-3) won it when a Lauren Safrit spike deflected off the HP block.

Earlier, the Lady Scots comfortably won the first two sets after long service runs by sophomore Sydney Breon. She started the first set with four straight points, then served nine in a row in the second set. Charlotte Lassarat also served six consecutive points for HP in Set 1 before Breon ended it with a left-side blast.

Breon contributed a couple of key digs and a thundering back-row kill during her second-set spurt at the service line. Hellmuth also put away multiple balls as the Lady Scots opened up an 11-1 lead and never looked back. A cross-court kill by Nicole Mauser concluded the stanza.

However, the Lady Panthers engineered a comeback in the third, thanks to some erratic hitting by HP combined with the net presence of Buchanan and Payton Rink. In the fourth set, Killian Armstrong generated some points out of the middle to put the Lady Scots on their heels.

“We weren’t defending our serve,” Dearman said. “They got into a groove and were serve-receiving really well. We could never get the lead back.”

Although many underclassmen were key contributors for HP this season, the loss was the final match for a handful of seniors, including Lassarat, Carter Ching, Kennedy Westendorff, and injured Anna Claire Nichol.