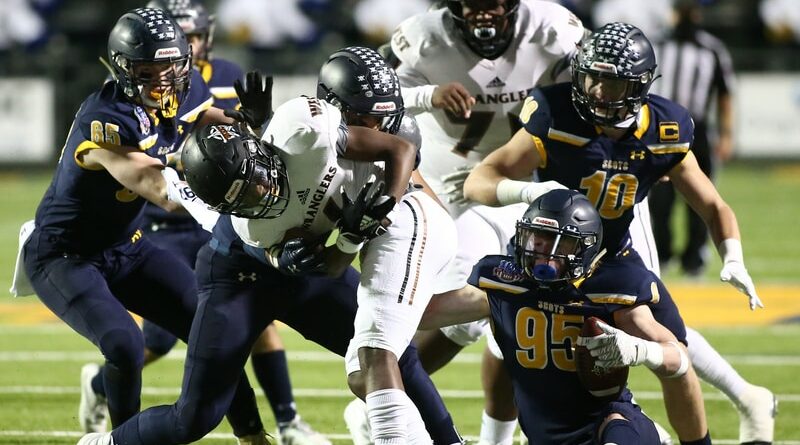 If you’ve missed the first quarter of a Highland Park game this season, you’ve probably missed the best part.

Fast starts have become a hallmark for this year’s Scots, who parlayed another big early lead into another lopsided victory on Friday. HP’s 49-13 win over West Mesquite clinched the program’s sixth consecutive district title.

It also means the Scots (7-0, 5-0) will be the top seed from District 7-5A Div. I in the upcoming playoffs. But first, they’ll attempt to wrap up an undefeated regular season next week at last-place Wylie East.

HP has outscored its last three opponents by a combined 82-0 in the first quarter, and has allowed just two first-half touchdowns all season.

“We’ve scored in almost every game on the first possession,” said HP head coach Randy Allen. “Our guys are ready to play, and anxious to get out there and execute. I’m really happy with the way we’re coming out of the chute.” 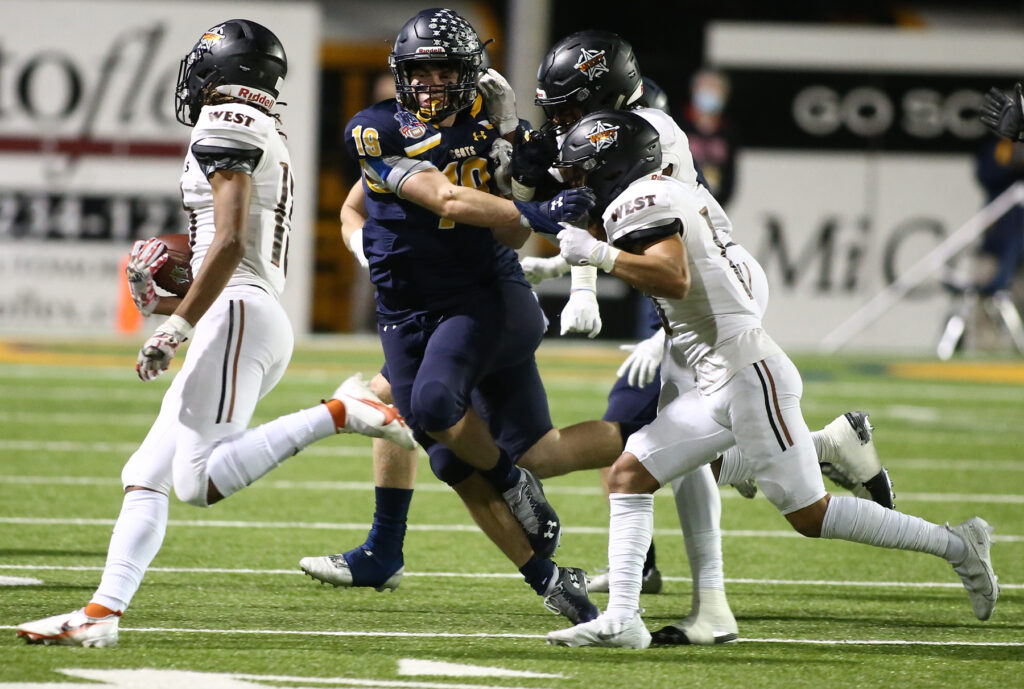 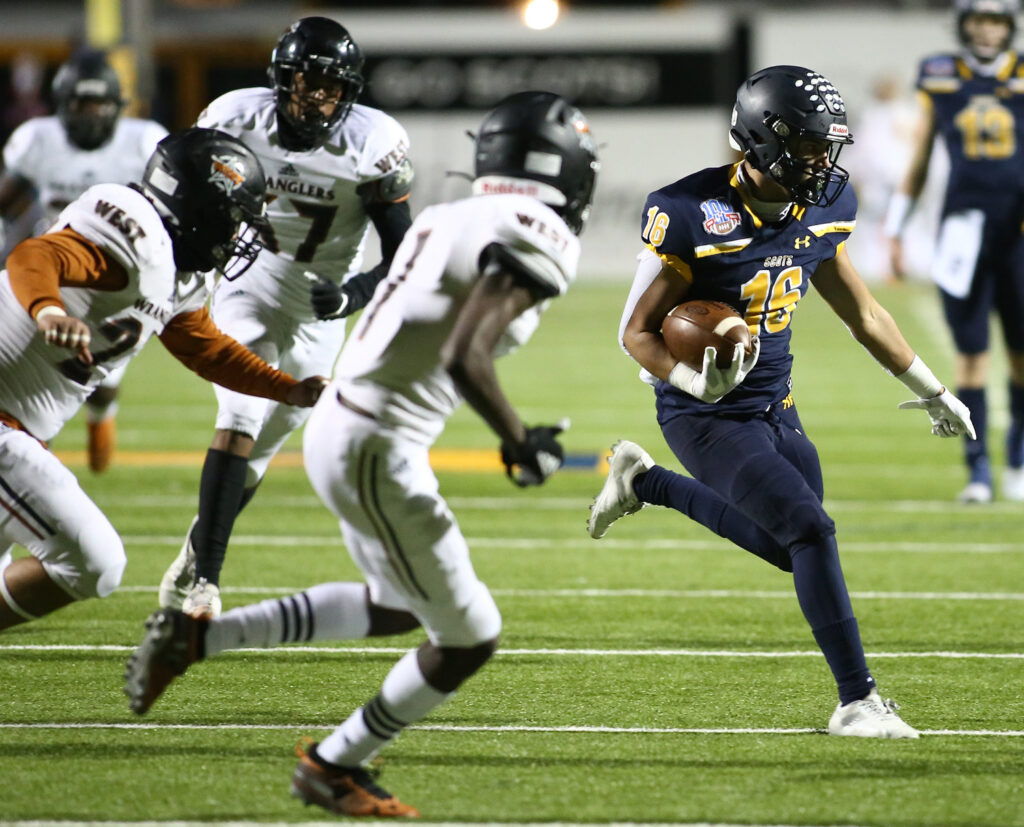 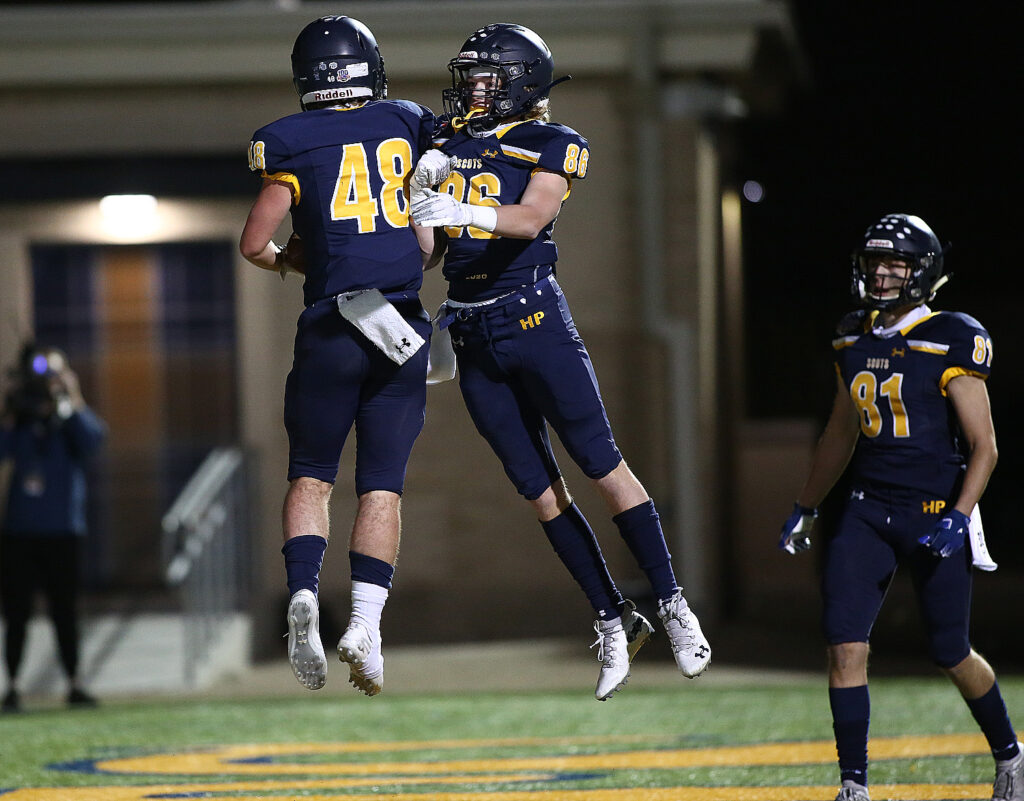 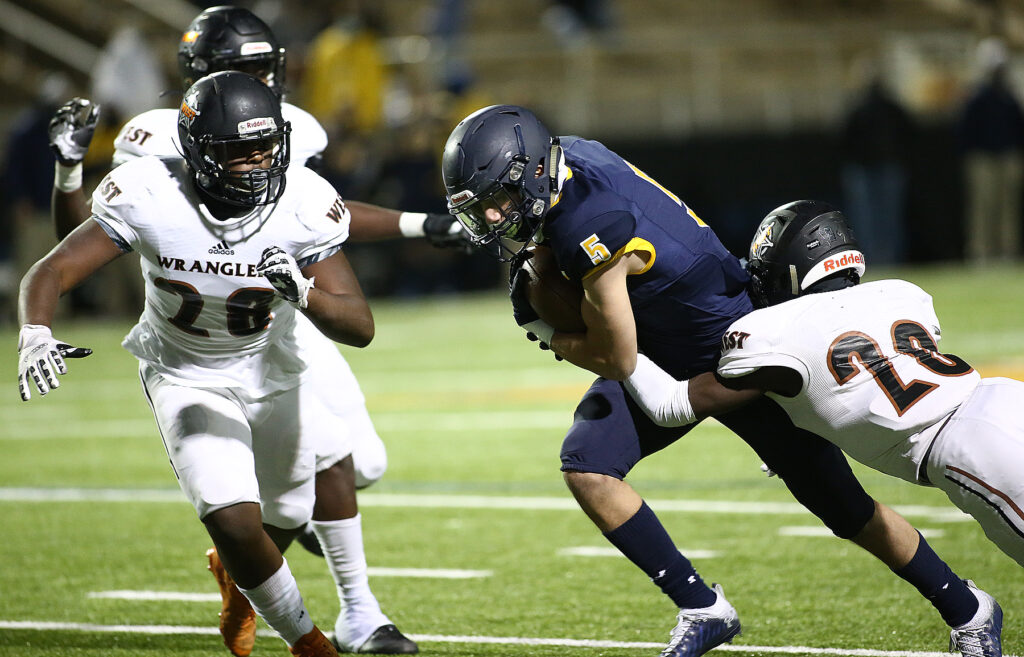 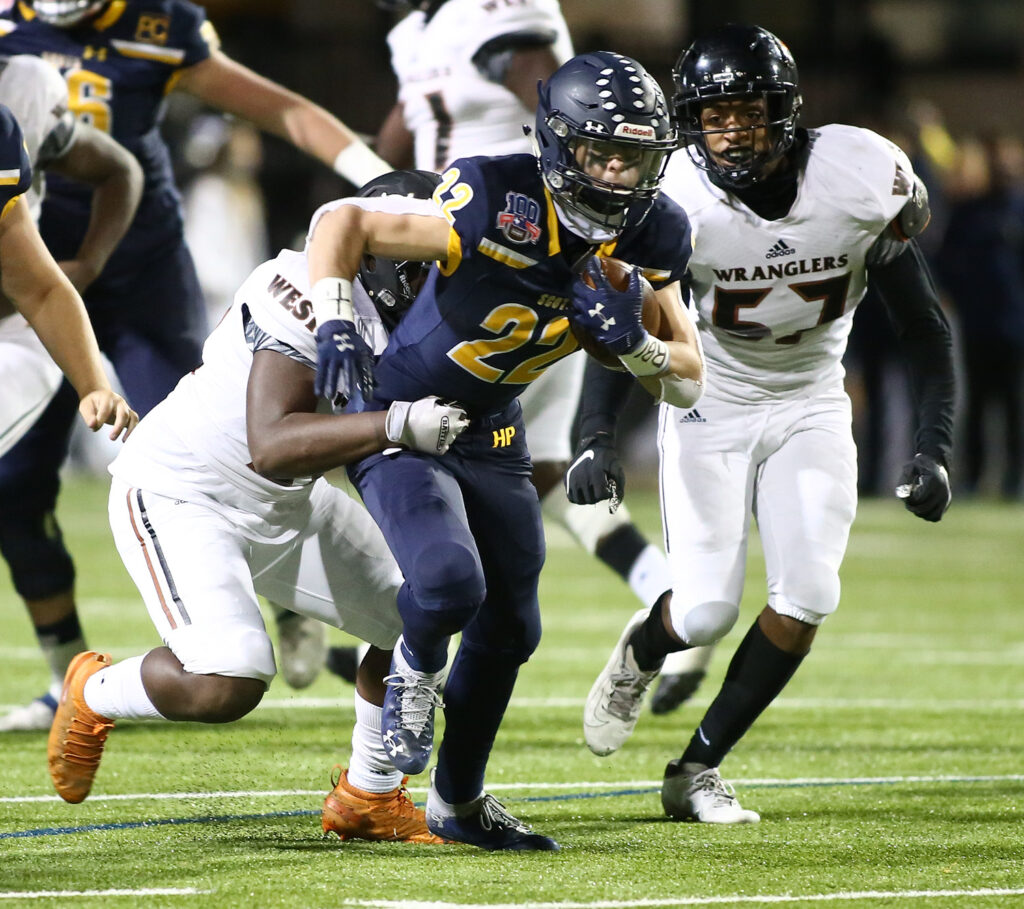 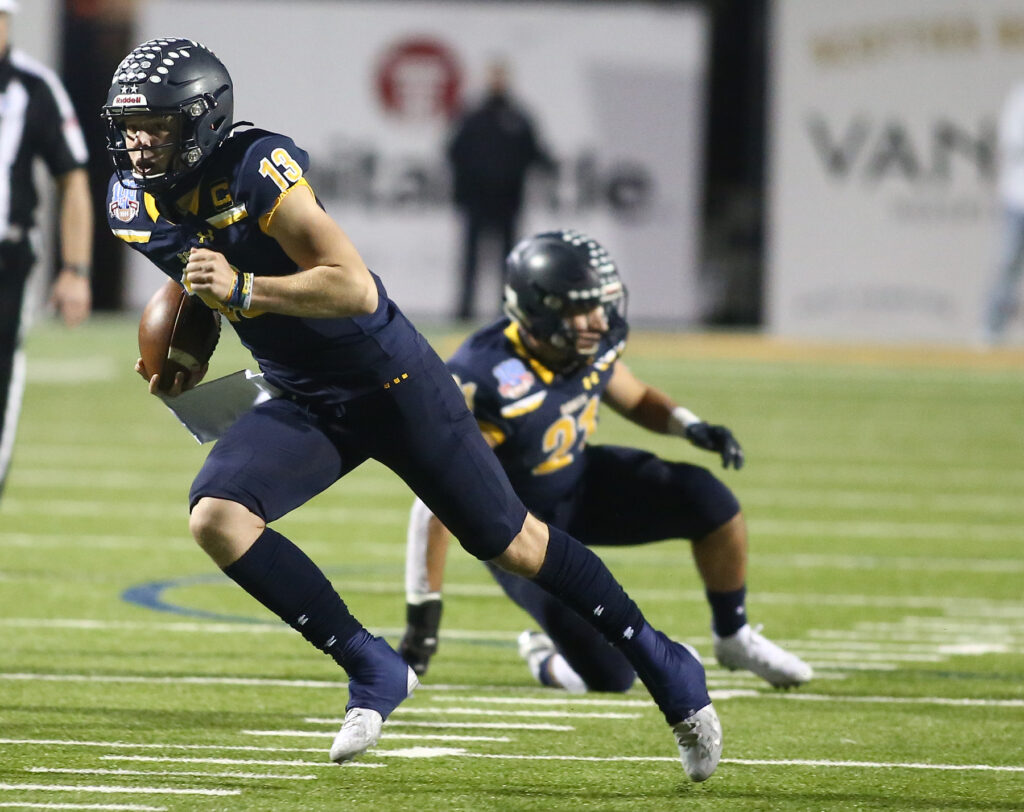 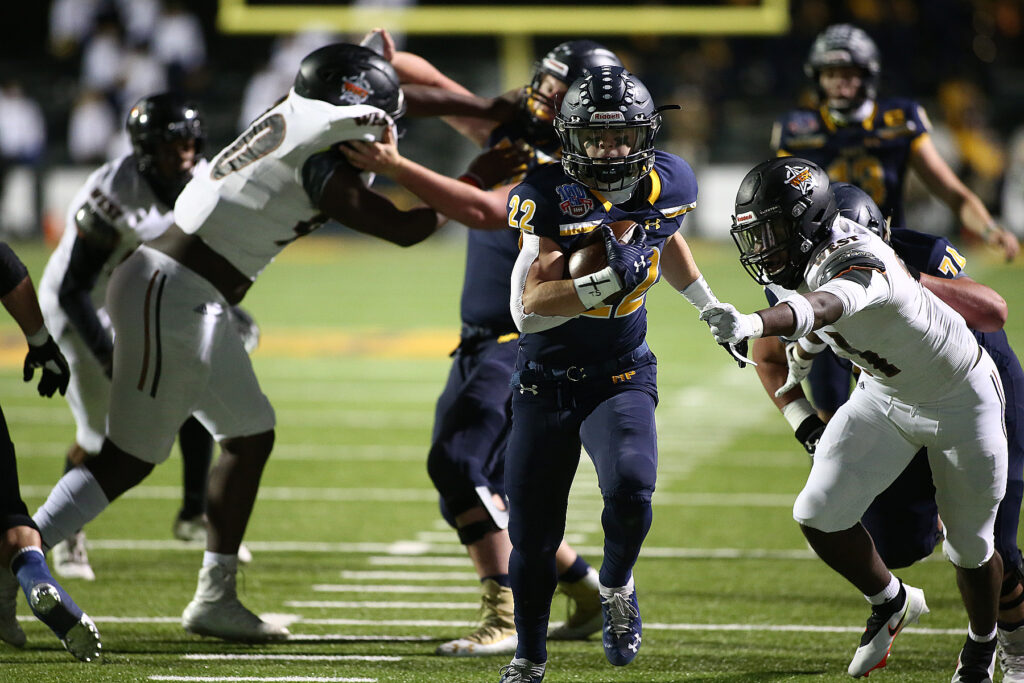 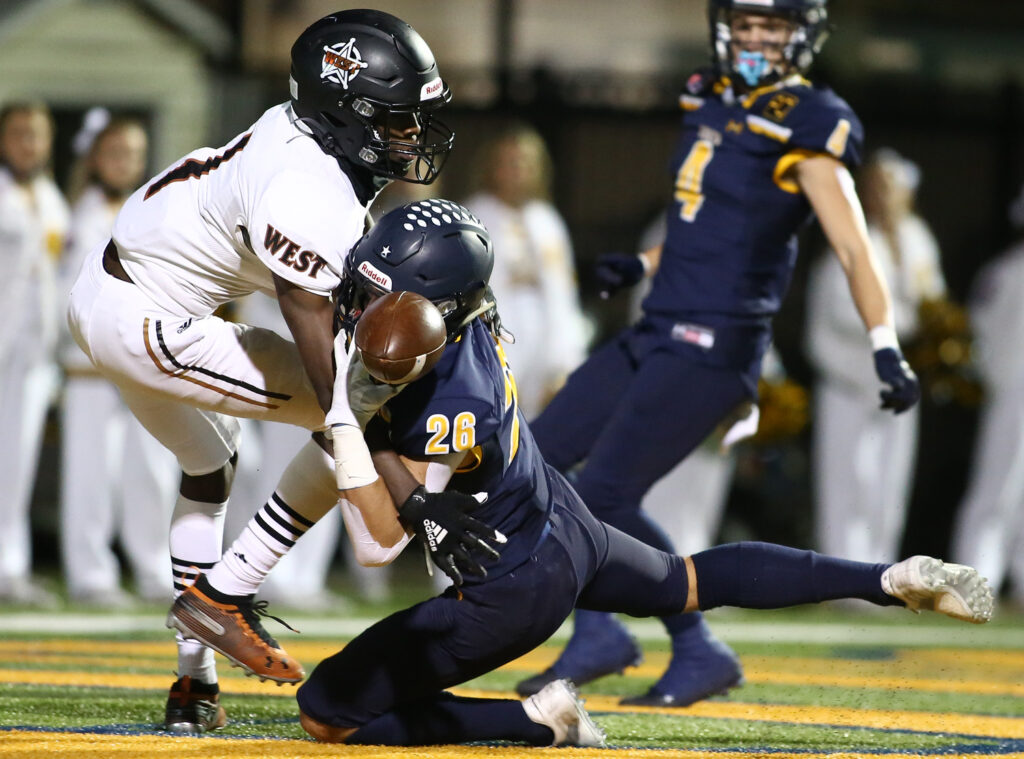 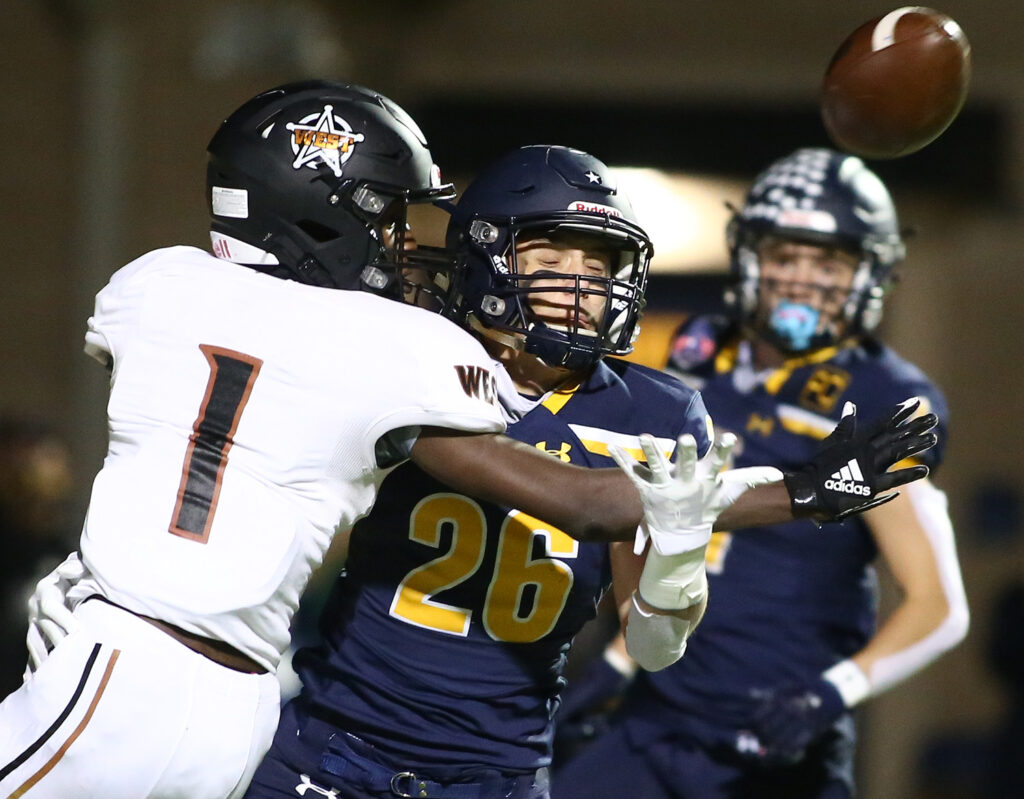 Brayden Schager tossed three first-half touchdown passes for HP, which reached the end zone on its first four possessions and had a 28-0 lead before the Wranglers (1-8, 1-4) managed a single first down.

Schager connected with Will Pettijohn on a superb 48-yard touchdown strike on the opening drive. Brooks Bond and Anthony Ghobriel added rushing scores on the next two possessions.

Later in the first quarter, Grayson Schrank contributed the first of his two touchdown receptions, from 14 yards out. He added a 62-yarder from Schager in the third quarter.

“We did a good job of executing and had some big plays,” Allen said. “Brayden continues to get better as a runner and as a passer. Our offensive line really dominated, and our backs ran well.”

The only blemish for the HP offense before halftime came when West Mesquite’s Clivarion Walker intercepted a tipped ball near the goal line to prevent another score.

Meanwhile, the Scots limited the Wranglers to just 45 total yards in the first half. West Mesquite’s only scoring opportunity before halftime ended with a fourth-down sack.

Schager completed 11 of 17 throws for 183 yards, leaving him just shy of 2,000 yards for the season. Christian Reeves rushed for a game-high 68 yards and a touchdown, and Schrank led all receivers with 84 yards.

Reserve quarterback Jack Jackson added a 19-yard scoring scamper on the opening play of the fourth quarter. He was one of many backups who saw action on a night when dozens of seniors were honored prior to the game.

“We were able to get a lot of our players in,” Allen said. “With 70 seniors, it’s quite a challenge. We’re really happy that the parents could come down here and celebrate this game.”

Jay Cipriano threw a pair of touchdown passes in the final quarter for West Mesquite, one of which came on a fourth-down play from the 1-yard line.