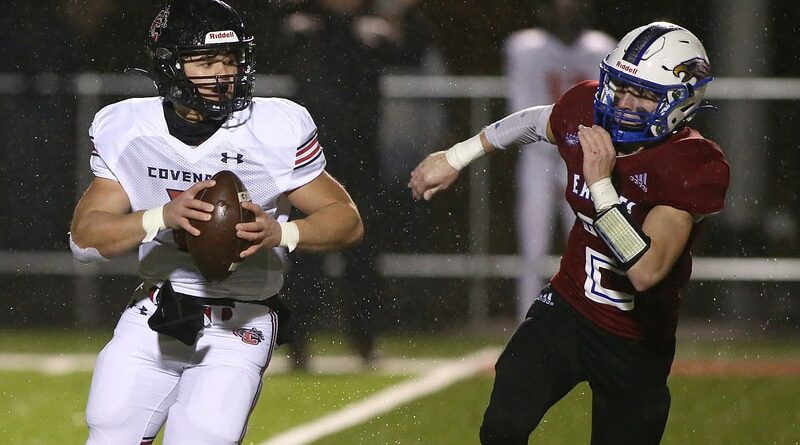 Within the past few seasons, the fathers of Covenant football players have spent their Thanksgiving mornings together at the field, watching practice with donuts and coffee while the Knights prepare for a TAPPS playoff game.

While such a tradition is a sign of progress for the program, Covenant was dealt a harsh reality check on Saturday, falling 46-0 to Fort Worth Lake Country in the Division III area round in Fort Worth.

It was the initial postseason test this season for the Knights (5-3), who finished third in their district during the regular season to earn a first-round bye, then drew a tough matchup on the road against the perennial power Eagles (9-1).

Hayden Whites rushed for 172 yards and two touchdowns for Lake Country, while Cade Hollingsworth completed just three passes — all for scores. The Eagles scored four times in the second quarter to take a 33-0 halftime lead.

Meanwhile, the Knights struggled to generate any offense. Garrett Graham tallied 70 rushing yards, but Covenant had just 28 yards through the air in the rainy conditions.

Still, Covenant finished with its third consecutive winning record, despite moving up from Division IV this season. The Knights have been eliminated each time in the second round of the playoffs, including to Lake Country in 2018 and eventual state champion Shiner St. Paul last year.