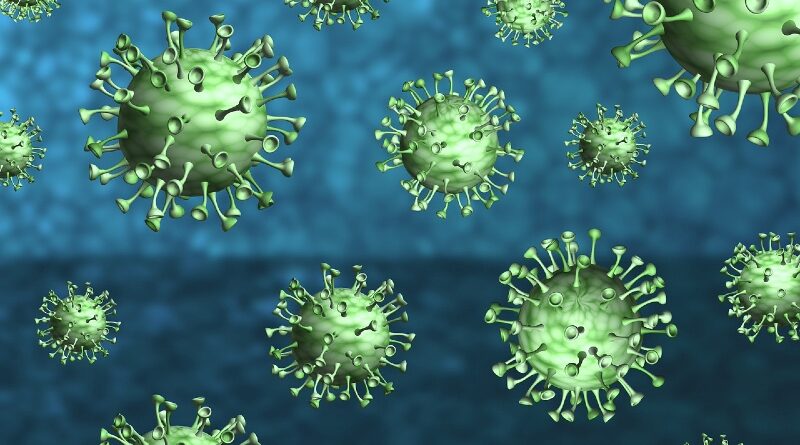 As local officials look to determine the impact of the Thanksgiving holiday on surging COVID-19 cases, here’s what you need to know today:

The provisional seven-day average of daily new confirmed and probable cases for the week ending Nov. 14 increased to 1,405, which is a rate of 53.3 daily new cases per 100,000 residents – the highest case rate in Dallas County since the beginning of the pandemic, according to the county. The percentage of respiratory specimens testing positive for the virus that causes COVID-19 also increased, with 17% of symptomatic patients presenting to area hospitals testing positive in the week ending Nov. 14.

“The lower than recent number of COVID positive cases is likely due to several reporting entities that have not submitted test results to Dallas County Health and Human Services since Wednesday,” said Dallas County Judge Clay Jenkins. “Now is a time for sacrifice and patriotism to protect not only yourself but your community and our country. Our healthcare heroes are working hard to make sure that this is the only holiday that we will ever experience like this and they need your help. Forgo get-togethers for a little while longer until a vaccine can be disseminated and avoid crowds. Always take a mask when outside your home and wear it around others.”

UT Southwestern Medical Center notes hospitalizations in North Texas surpassed the previous peak levels in late July., and the average volume for the past week was 75% higher than a month ago.

UTSW’s model projects Dallas County total COVID-19 hospitalizations could increase to between 700 and 1,150 concurrent hospitalized cases by Dec. 8 and roughly 2,500 new COVID-19 cases per day are expected by Dec. 8.

During the past 30 days, the county’s reported 818 COVID-19 cases from 90 separate long-term care facilities, including 309 staff members, which is the highest number of long-term care facilities with active outbreaks reported in Dallas County since the beginning of the pandemic. Of these cases, 48 have been hospitalized and 29 have died, including two deaths of staff members.

The county’s also reported 20 active clusters of cases in congregate-living facilities (homeless shelters, group homes, and halfway homes) in the past 30 days associated with 167 cases, including one facility this past week with 81 confirmed COVID-19 cases.

A provisional total of 1,282 confirmed and probable COVID-19 cases were diagnosed in school-aged children (5 to 17 years) during the week ending Nov. 14, a three-fold increase from five weeks earlier. It’s also 50% more than the number of cases in this age group reported during the second highest peak week of cases in July

Since Nov. 1, there have been 3,630 COVID-19 cases in school-aged children and staff reported from over 632 separate K-12 schools in Dallas County, including 466 staff members.

Since Nov. 1, there have also been 130 COVID-19 cases in children and staff reported from 97 separate daycares in Dallas County.

Dallas ISD reported 1,394 cases districtwide, 610 among campus staff, 153 among central staff, and 631 among students, according to the district’s COVID-19 dashboard.

The White House Coronavirus Task Force notes Texas is in a “full resurgence and mitigation efforts must intensify.”

“Texas has seen an increase in new cases, stability in test positivity at a high level, and an ever rising, unsustainable increase in hospitalizations,” the Nov. 22 report continues.

“The silent community spread that precedes and continues to drive these surges can only be identified and interrupted through proactive, focused testing for both the identification of asymptomatic and pre-symptomatic individuals. This must be combined with significant behavior change of all Americans,” the report says. The report also calls for “a significant reduction in capacity” in public spaces where masking isn’t possible.

The recommendations were publicized by the Center For Public Integrity.

The report also notes Texas is ranked 34th in new cases per capita, and has the 21st highest test positivity rate.

Mayor Eric Johnson on Monday announced a new task force tasked with making recommendations on how to help turn Dallas into a top city for startup businesses and entrepreneurs.

Johnson named Trey Bowles, the co-founder and executive chairman of the DEC Network (formerly the Dallas Entrepreneur Center), and Mandy Price, the CEO and co-founder of Dallas-based Kanarys, Inc., as co-chairs.

Other members will be announced at a later date.

The Task Force will focus primarily on what the city of Dallas can do to attract, retain, and support startup companies. The group will also explore the actions that other governmental agencies, higher education institutions, and private sector partners can take to improve the already burgeoning startup culture in Dallas.

“Dallas is a great city for big businesses, which is why we are home to 11 Fortune 500 companies’ headquarters,” Johnson said. “But as the economy changes and our recovery from COVID-19 begins, we have the opportunity to accelerate our growth if we foster a culture of innovation and focus on doing what it takes to ensure that small businesses are able flourish in Dallas.

“I am confident that, with leadership from Mandy Price and Trey Bowles, the task force will have the expertise and entrepreneurial spirit needed to make actionable recommendations that will ensure that our city is on the cutting edge of the 21st century economy.”

Johnson asked the task force to put recommendations in the form of a report, which will be due by April 30, 2021. The report will be presented to the mayor’s office and to the office of City Councilmember Tennell Atkins, who chairs the Economic Development Committee.

“We have a real opportunity to make Dallas an even better city for entrepreneurs,” said Atkins, who represents District 8, which stretches across southeastern Dallas. “I am excited about the potential of Mayor Johnson’s new task force, and I believe it will help us help create jobs across our city, including in southern Dallas.”