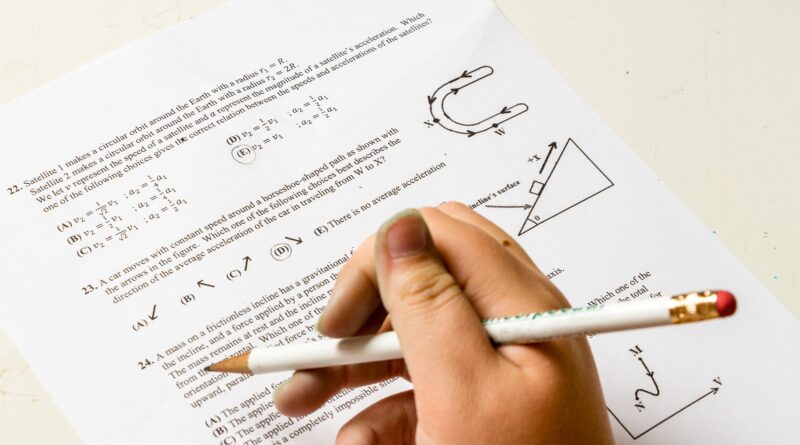 It’s not the canceling of the State of Texas Assessment of Academic Readiness (or STAAR) that some have asked for, but the Texas Education Agency announced Thursday that it was pumping the breaks on the A-F ratings for a second year.

The state agency said that the A-F ratings would be paused for 2020-21 school year “due to the ongoing disruptions associated with COVID-19.”

However, the TEA said in the same announcement that the STAAR test would proceed this year “in order to provide critically important information about individual student learning that teachers and parents can use to help students grow.”

Schools like Dallas ISD, which incorporate the STAAR results in its teacher evaluations will have the option of omitting that from this year’s evaluations.

“Ensuring that STAAR is made available has been recognized as vital by education leaders around the state. STAAR results will allow schools, teachers, and parents to see how individual students are performing while also giving education leaders and policymakers across Texas a comprehensive picture of what are likely to be sweeping impacts of the pandemic on student learning, helping policymakers craft solutions for the years ahead,” the announcement said. “However, the STAAR will not be used for accountability purposes this school year.”

“The last nine months have been some of the most disruptive of our lives,” TEA commissioner Mike Morath said. “The challenges have been especially pronounced for our parents, teachers, and students. We continue to prioritize the health and safety of students, teachers, and staff in our schools this year, while working to ensure students grow academically.”

“The issuance of A-F ratings for schools has proven to be a valuable tool to support continuous improvement for our students, allowing educators, parents, and the general public to better identify and expand efforts that are working for kids,” he added. “But the pandemic has disrupted school operations in fundamental ways that have often been outside the control of our school leaders, making it far more difficult to use these ratings as a tool to support student academic growth. As a result, we will not issue A-F ratings this school year.”

Last month, almost 70 state representatives signed a letter to Morath requesting either a cancellation of the STAAR test this year, or at least a promise to use it only diagnostically, and not for accountability ratings.

In a letter dated Nov. 20, addressed to Morath and signed by several Texas school superintendents, including Dallas ISD superintendent Michael Hinojosa, included another plea to reconsider the accountability factor of the test.

Several other education advocates also signed on, including Kelvin Malonson of Teach Plus, Drex Owusu of the Dallas Regional Chamber of Commerce, Kelvin Walker of the Dallas Citizens Council, and Todd Williams and Dottie Smith with the Commit Partnership.

The letter also said that while all those who signed the letter believe that stakeholders – including parents and taxpayers – deserve to know whether their tax dollars are paying to educate children well, this is not the time to assess accountability.

People Newspapers is conducting a survey about the STAAR test, and preliminary data shows that more than 84% feel the test shouldn’t be given at all. When asked if they would opt-out if the test required in-person attendance, about 55% said they would, and another 26% said it would depend on the current case numbers for the county.

“We are told daily stay away from others, keep a tight circle in your family and don’t cross contaminate others, but yet they are willing to bring all remote students to gather in school in one or two rooms to take a test,” one respondent said. “For what? So someone can say they have a better school or our school offers a better education? No. No. No, I am one of those teachers that will administer that test to those students that have not been on campus all year and frankly, I don’t know who they have been in contact with.”

“The STAAR exam will be even less reflective of the knowledge and growth of students this year. It should not be administered during this topsy-turvy year,” another said.