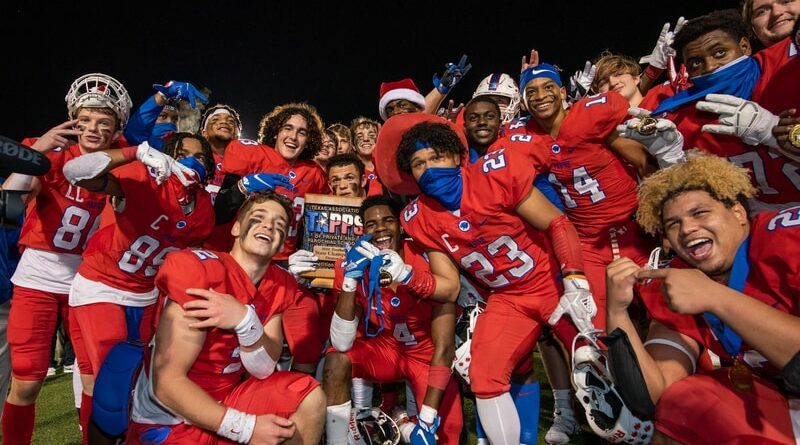 WACO — A month ago, Parish Episcopal let a first-half lead slip away amid a Fort Worth Nolan comeback in the regular-season finale. However, with a championship at stake, the Panthers shut the door.

Parish didn’t let a Nolan rally stand in the way of a second straight TAPPS Division I state title on Saturday, coming away with a 42-28 victory.

The Panthers (10-1) won that second crown because of inspired defensive play, including three fourth-down stops and an interception, as well as another explosive offensive performance led by Preston Stone.

“It’s an unbelievable feeling to win back-to-back state championships,” said Parish head coach Daniel Novakov. “These kids showed so much grit and fight this season, and that showed with the plays we made when it mattered most.”

The Panthers appeared to have the game well in hand, leading 35-7 with under seven minutes to play, but still had to face down one last push by the Vikings.

A Parish fumble led to a Nolan touchdown to cut the lead to 35-14. Nolan then picked up two more touchdowns after back-to-back onside kick recoveries, trailing 35-28 with just over two minutes to play.

But Nolan’s fortune, which included a Parish penalty during the second onside try to allow Nolan to keep the football, ran out as Bruce Mitchell snagged the last onside kick attempt for the Panthers. 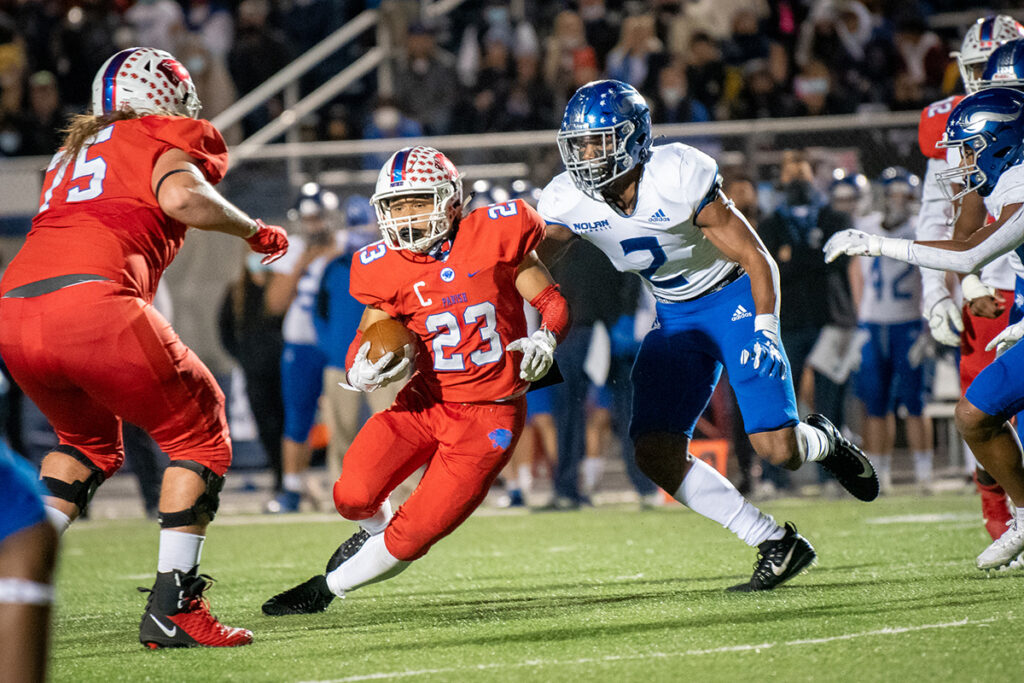 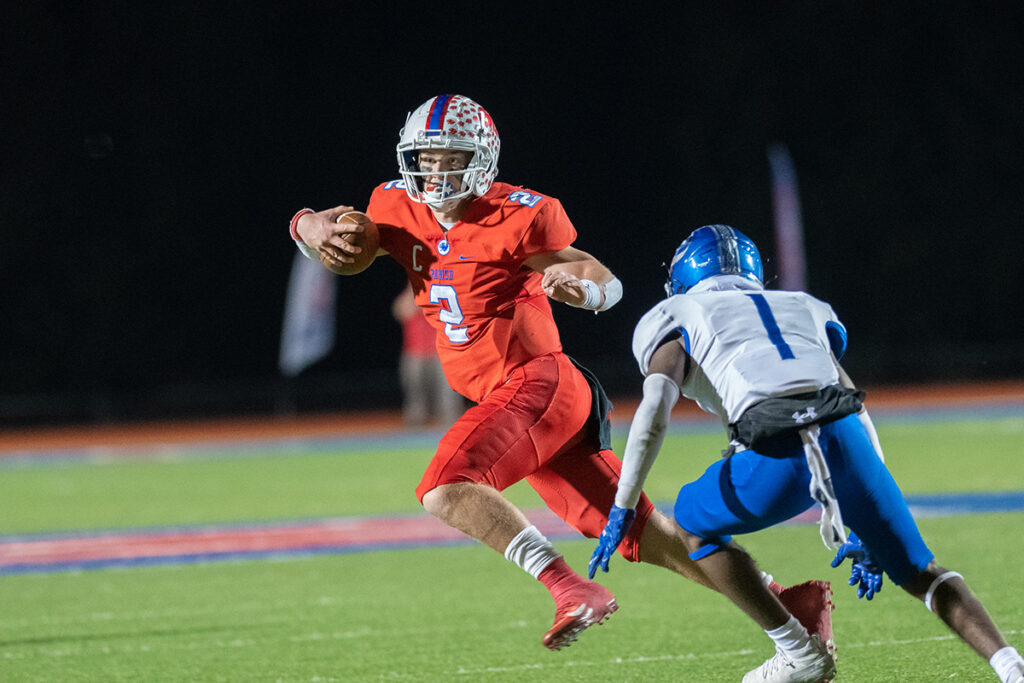 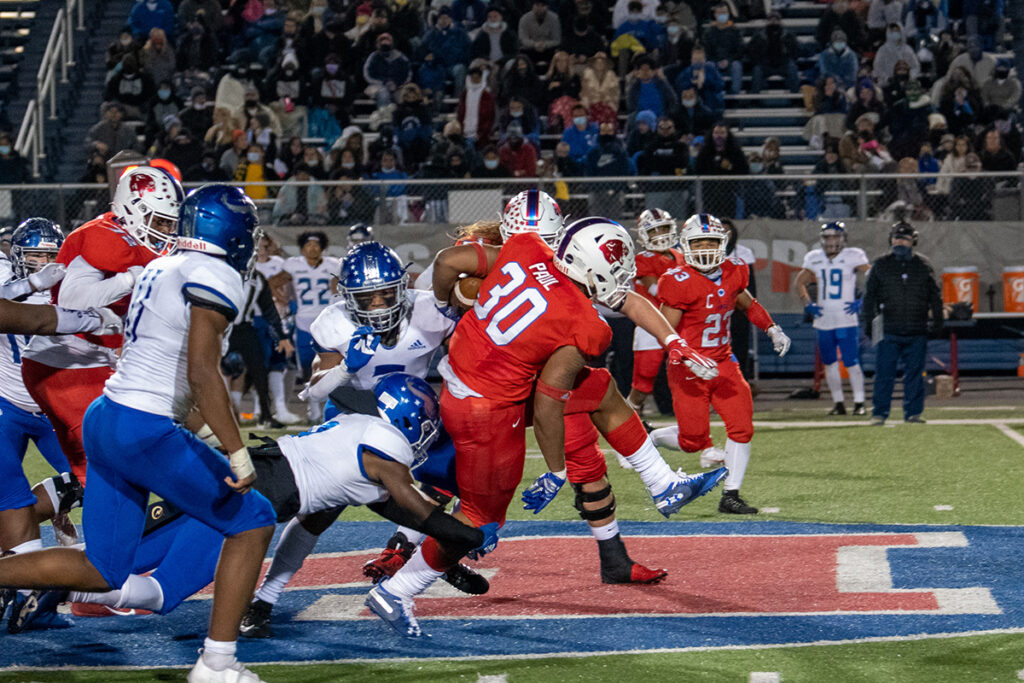 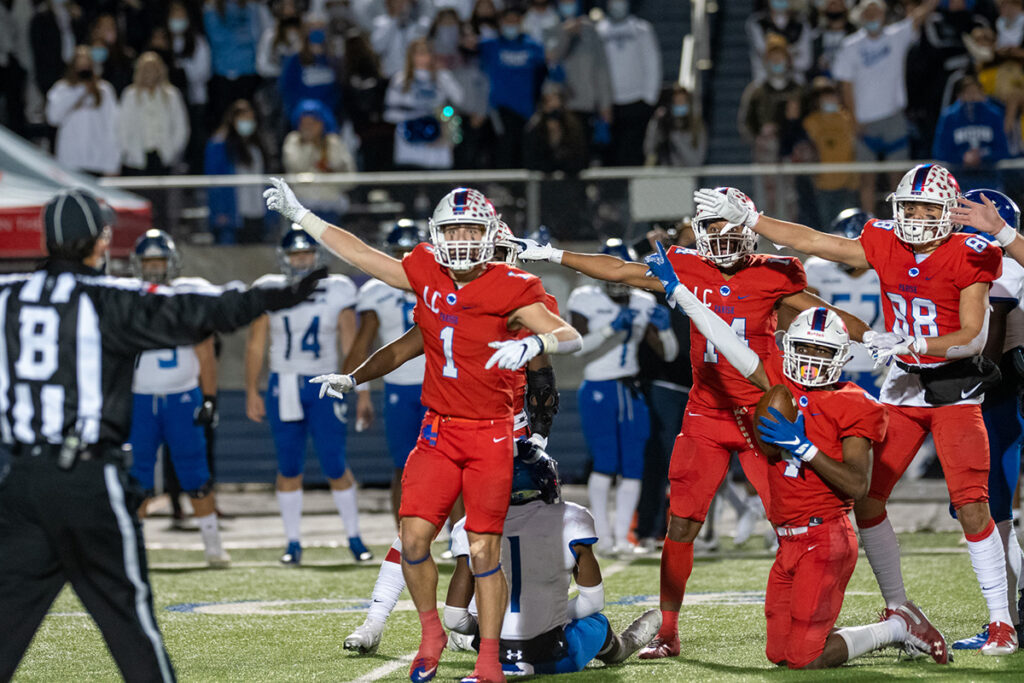 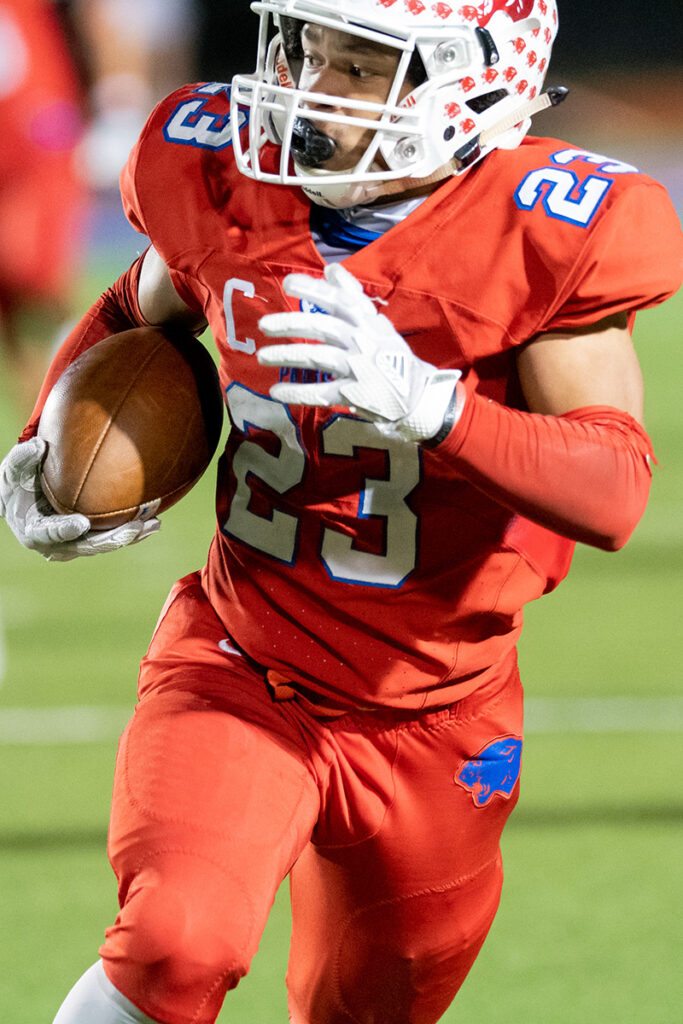 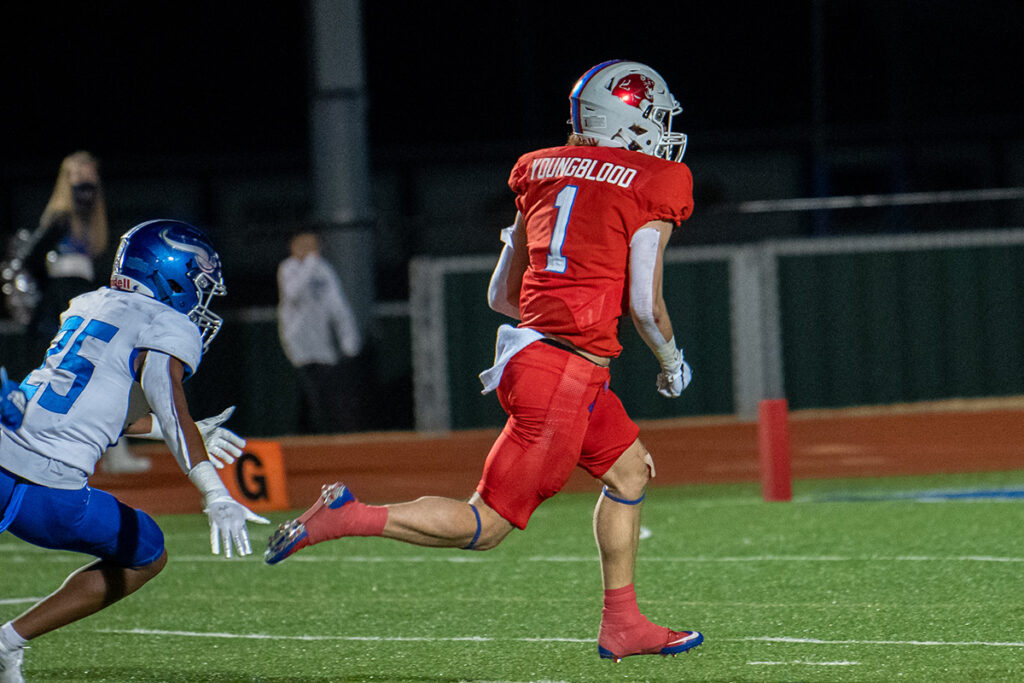 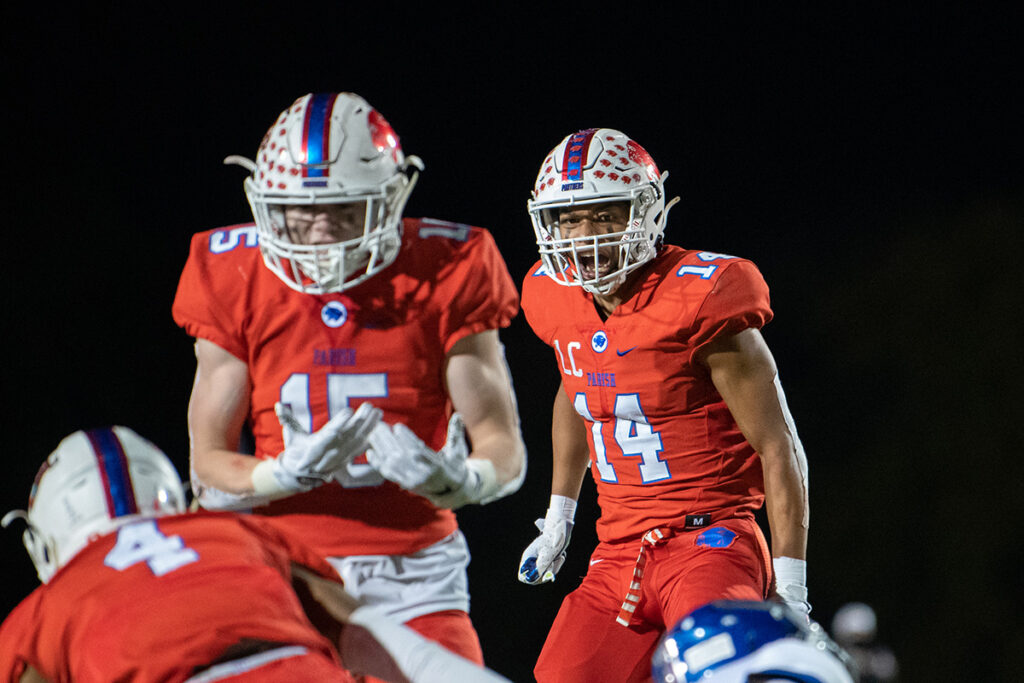 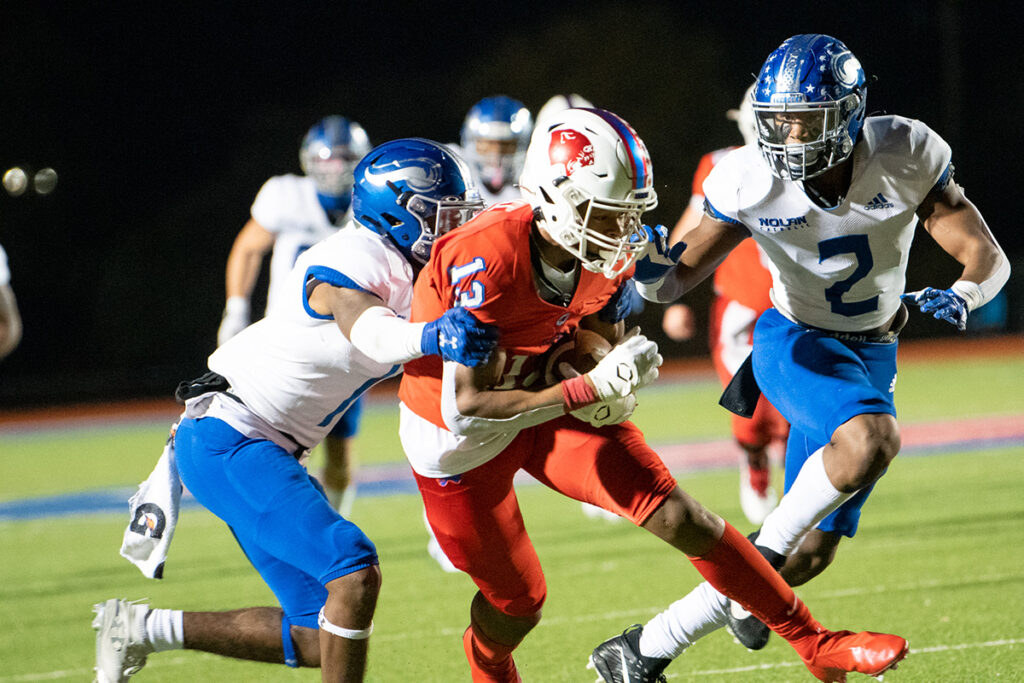 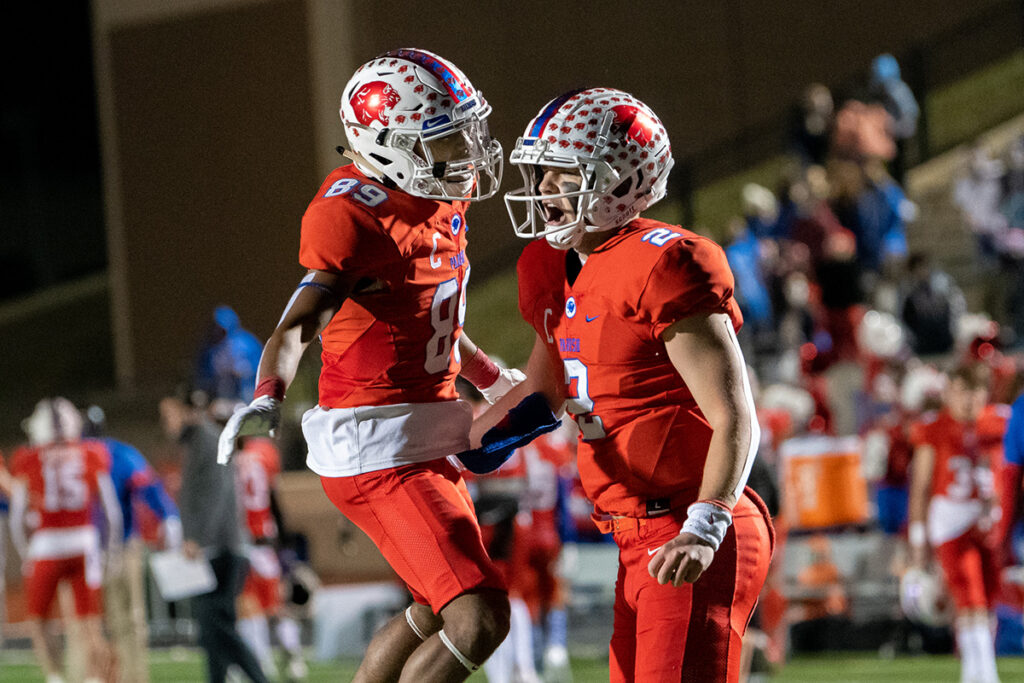 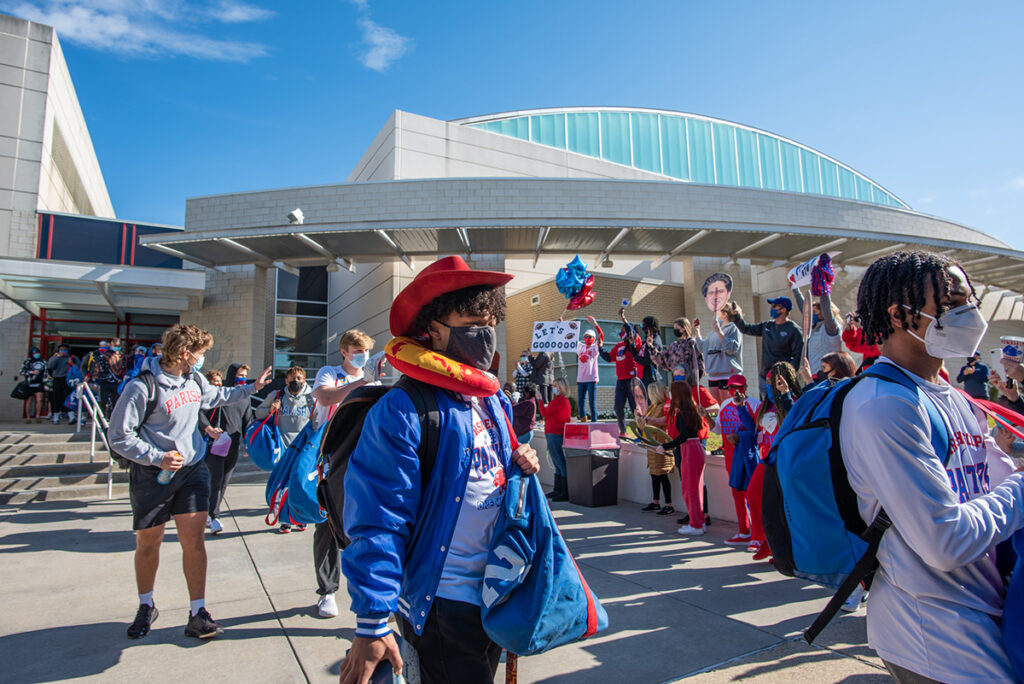 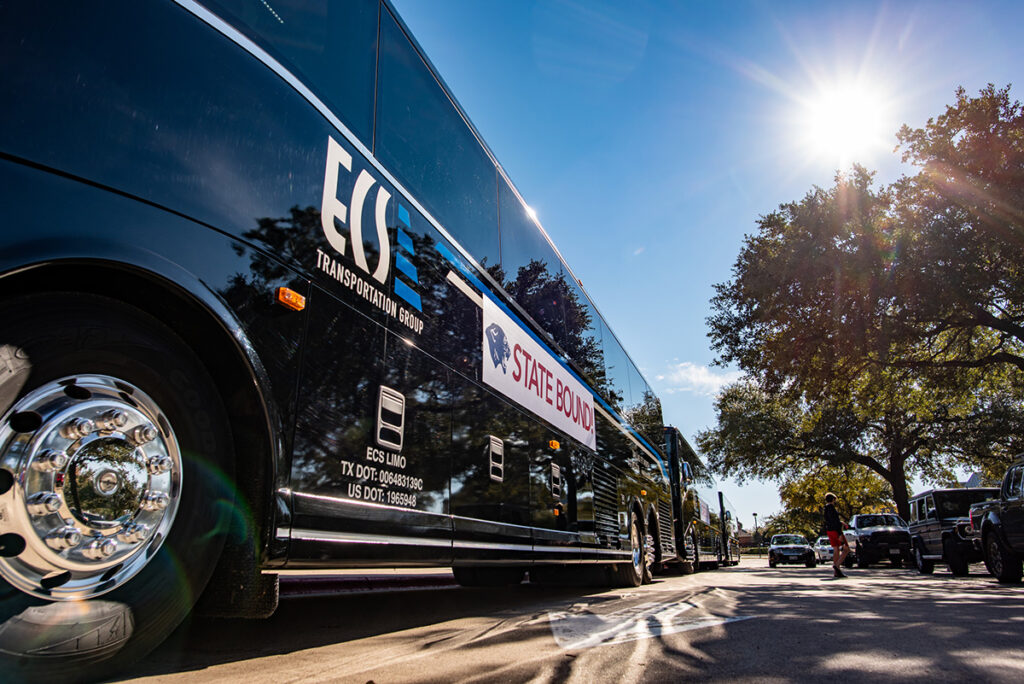 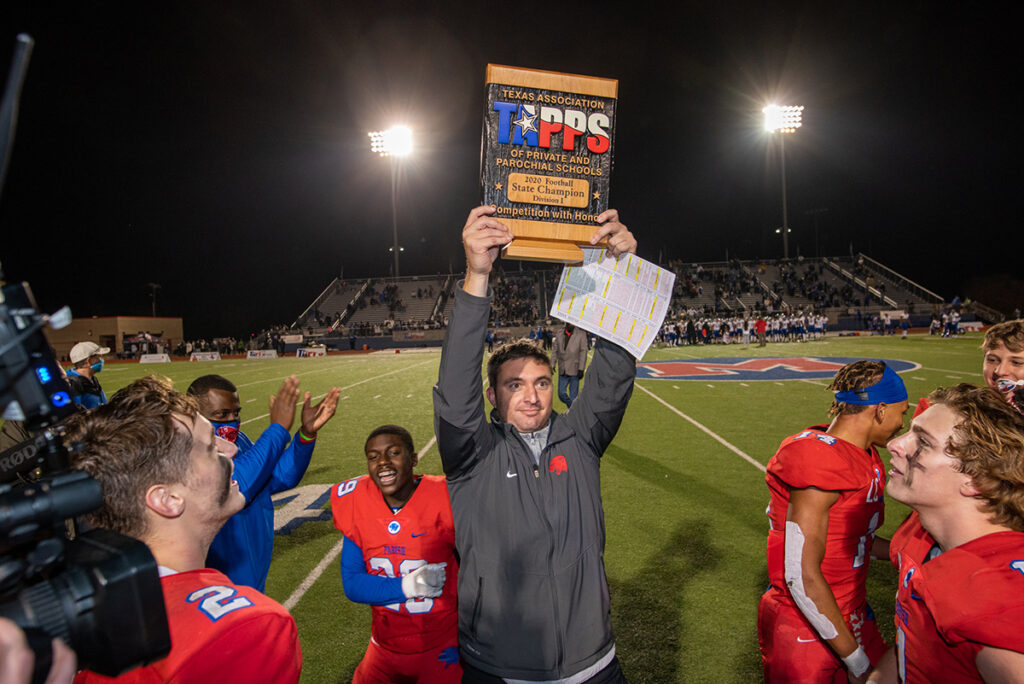 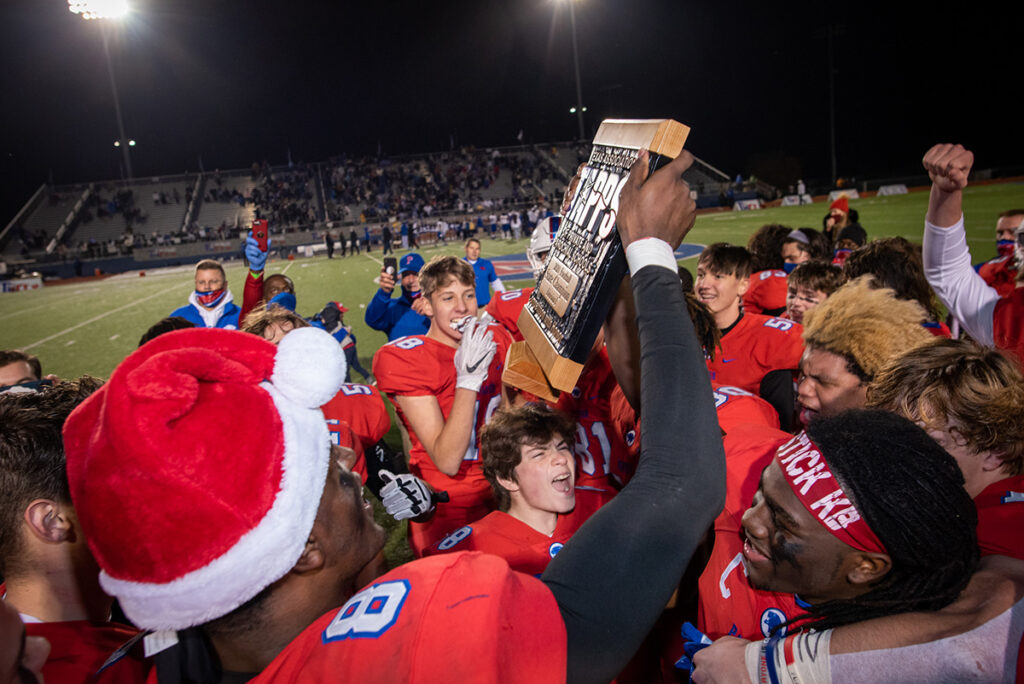 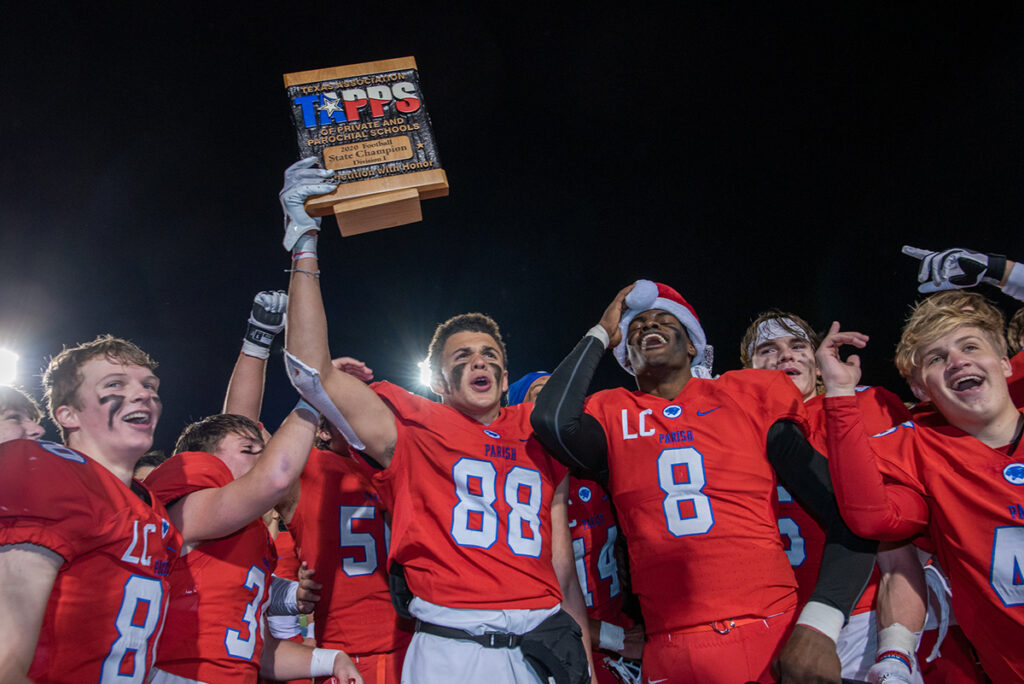 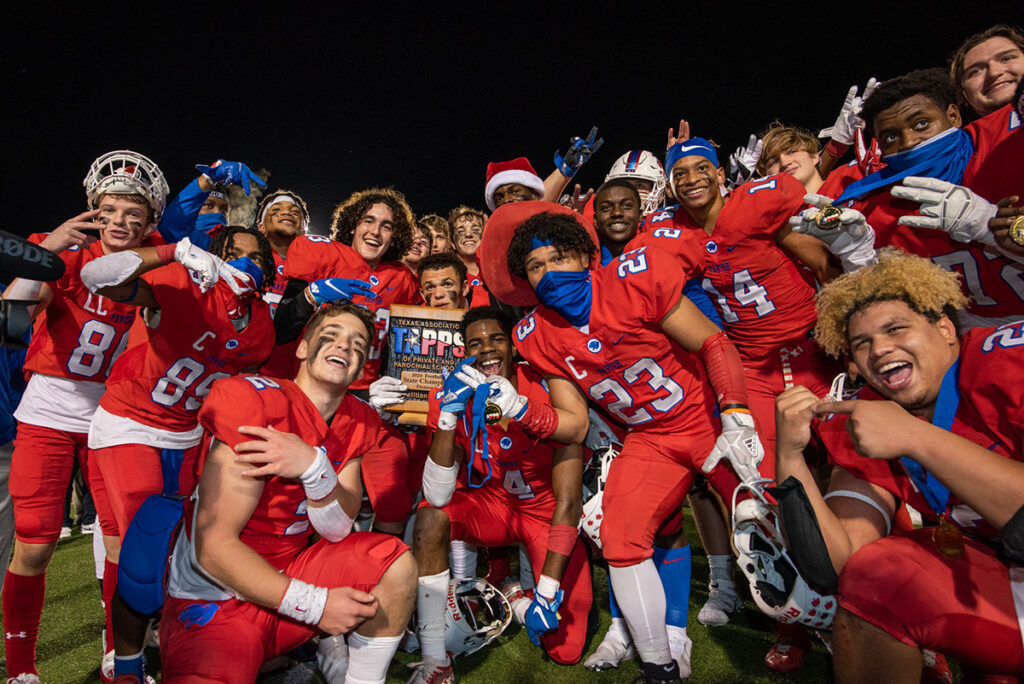 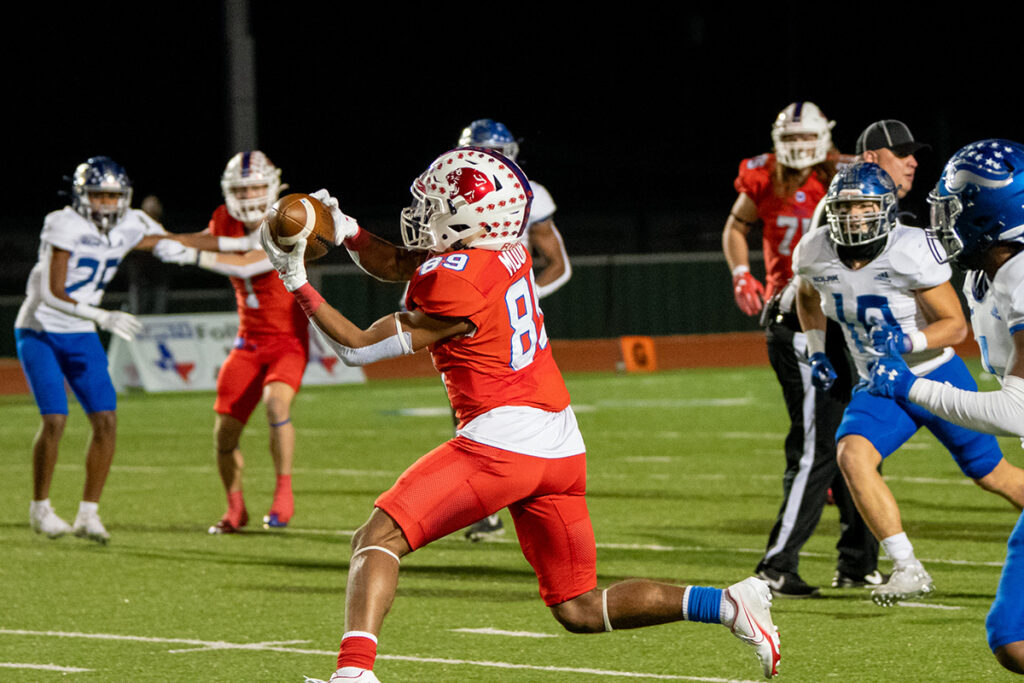 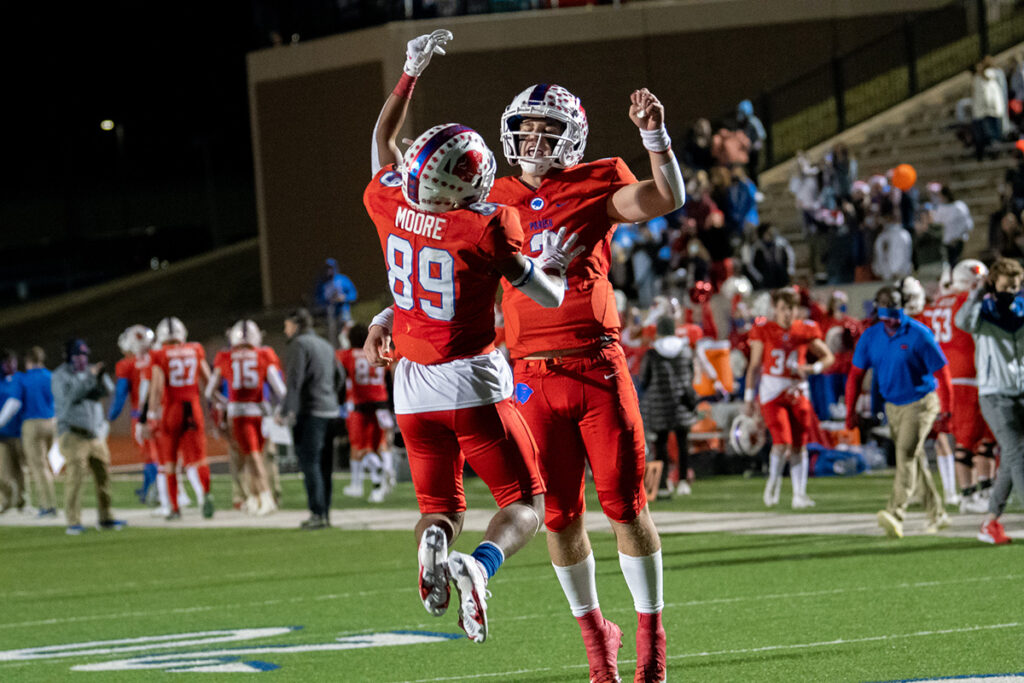 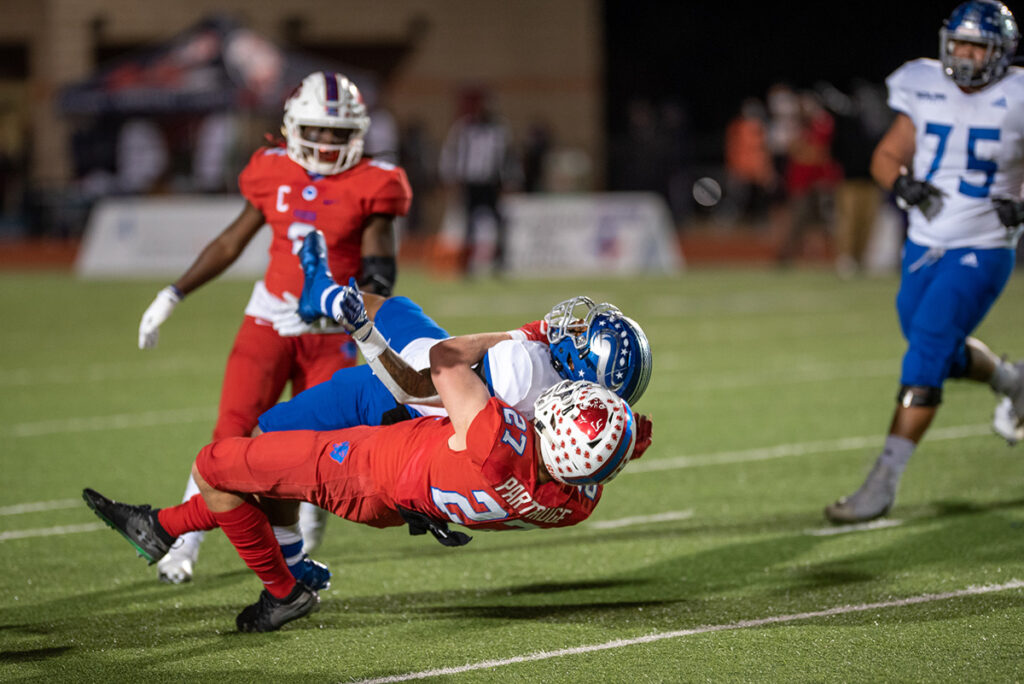 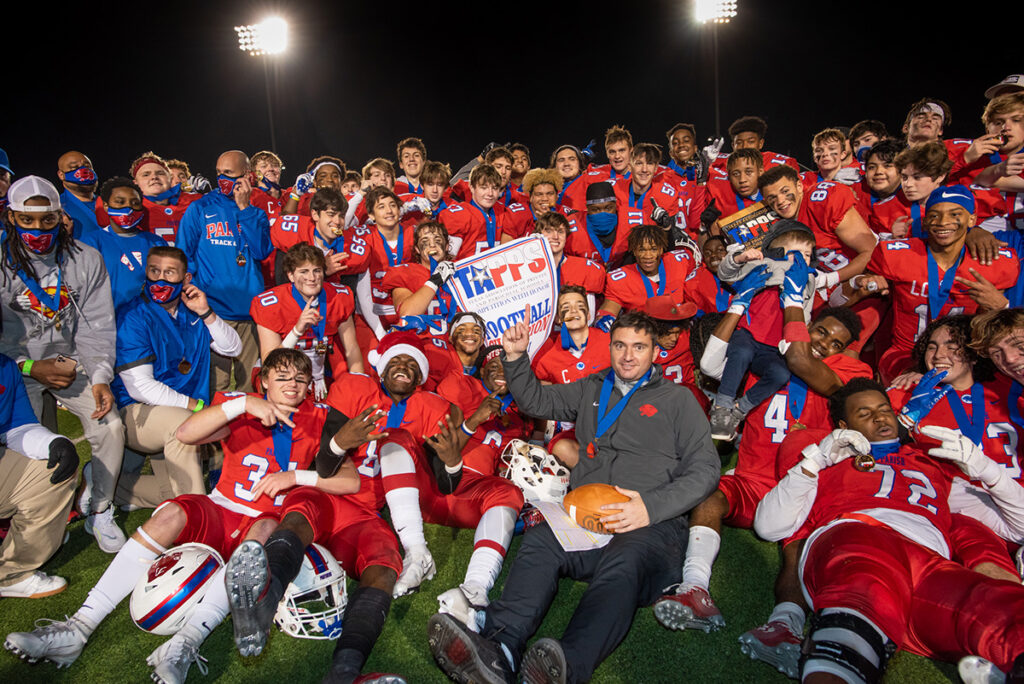 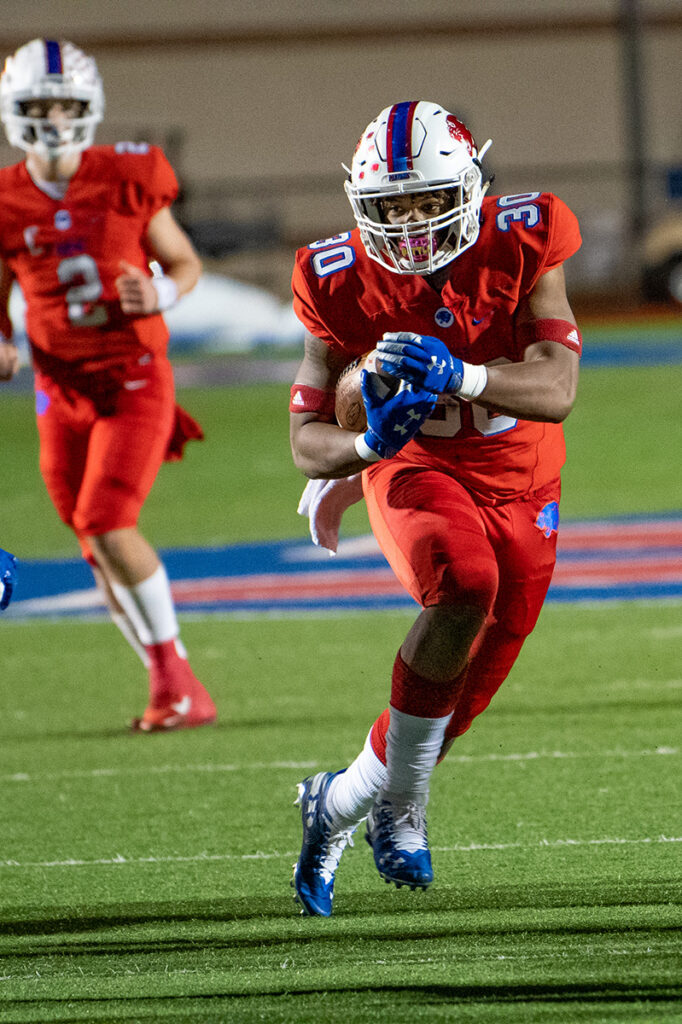 Two plays later, Christian Benson (178 total yards, two touchdowns) sliced through the Nolan defense on a 46-yard touchdown run to put Parish up 42-28 with 1:46 to play.

The Panthers then stopped the Vikings’ final drive near midfield, as they avenged a tough 31-14 loss to the Vikings on Nov. 13.

“We knew they had a comeback in them after how things went the first time,” Novakov said. “Playing them earlier definitely helped us to prepare for that, and it also helped us to build a great game plan that got us off to a good start.”

That good start covered the entire first half, as Parish dominated the opening two quarters for a 21-0 halftime lead.

Jai Moore (six catches, 110 yards) started the scoring with a 18-yard catch from Stone in the first quarter, with the lead going to 14-0 midway through the second quarter on Andrew Paul’s 4-yard run. Paul’s touchdown capped a 14-play series that ate up over eight minutes of clock.

The Parish offense had a final say of the opening half when Stone tossed a 55-yard touchdown to Blake Youngblood (five catches, 88 yards) with 10 seconds left.

Stone threw for 234 yards in the opening half, as Nolan had few answers for the SMU commit. He finished his final high school game with 345 yards and three scores, while adding a rushing touchdown in the second half.

“Preston Stone has been Superman for this program,” Novakov said. “He’s the best player I’ve ever coached and just makes big play after big play.”

Parish extended the margin to 28-0 with a score just two minutes into the second half, on an exciting 77-yard catch-and-run touchdown by Benson.