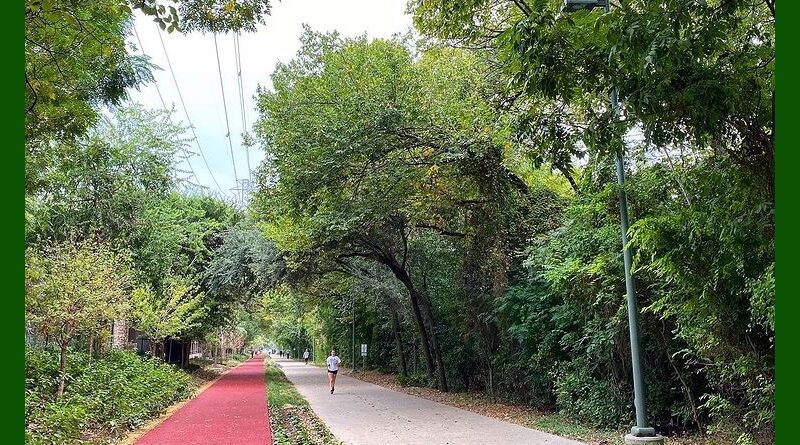 Visitors to the Katy Trail will notice some upgrades soon.

The new one-mile soft surface path south of Knox Street to Blackburn Street, the resurfacing of the existing 2.5-mile soft surface from Lyte Street to Airline Drive, a new staircase entrance at the southwest corner of Fitzhugh Street and the trail, and a mile of new landscaping along the new stretch of surface are all expected to be finished by the end of this year.

“In fact, the bridges will be installed at the end of this week,” said Ann Whitley Wood, major gifts director for Friends of the Katy Trail, in an email.

Additionally, the nonprofit group announced that, as of this month, the campaign to complete the Katy Trail raised $8.5 million from more than 180 donors, including a new $1 million gift from the Snyder Foundation, surpassing its $8 million goal.

“We are so grateful to the Snyders for this game-changing gift to finish our campaign,” said Charlie Shufeldt, president of the Katy Trail Board, in a statement. “Their generosity allows us to complete all the important campaign projects.

New LED lighting along the trail and the Cambrick Plaza entrance were completed in 2018.

The Snyder family has contributed $1 million toward these projects. Bobbi Snyder and her late husband, Dick Snyder, funded the construction of Snyder’s Union at the Trail in 2009 to celebrate their 50th wedding anniversary.

““We are proud to join the Katy Trail’s capital campaign. We believe these improvements to the Trail are essential to the well-being of Dallas, now and in the future, as the city continues to grow and needs green spaces,” said Stacey Snyder, president of the Snyder Foundation and Bobbi’s daughter.

The additional monies raised over the $8 million goal will provide a maintenance fund for all the new Trail improvements and for further enhancements to the urban forest of Katy Trail.

For more information and ways to continue to be part of the completion campaign, visit the nonprofit’s website.