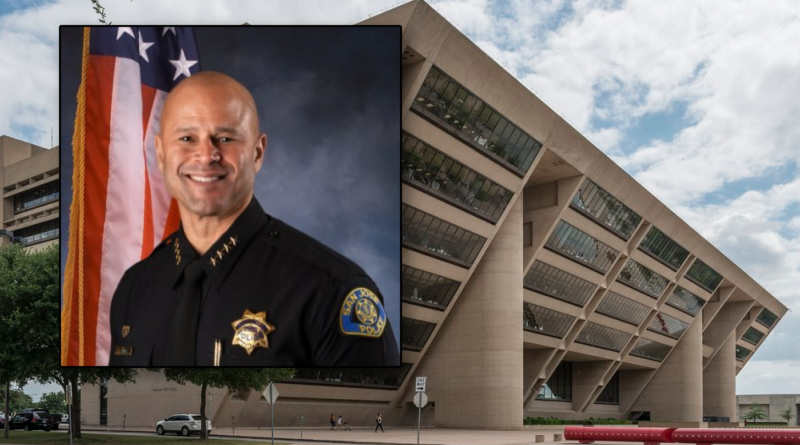 When Dallas Police Chief Renee Hall announced her resignation in September, City Manager T.C. Broadnax said he would name her successor before the year was out.

Wednesday afternoon he announced that, after winnowing the candidates down to seven and conducting panel interviews, Eddie Garcia (who has served as police chief in San Jose, California since 2016) had been chosen to lead the department.

He joined the San Jose Police Department at the beginning of his 28-year- career in 1992, and has worked patrol, narcotics, and special operations, as well as commanding community policing divisions. He also speaks both English and Spanish, and, during his tenure as police chief, implemented basic Spanish classes at the San Jose police academy and stepped up minority recruitment measures.

“My story began as a young boy moving to a new city, learning to speak English in a community that promoted me to Chief,” Garcia said in a statement. “It’s an honor to be welcomed into one of America’s greatest cities for the second time as Chief.

“I’m truly humbled by the thought of wearing the DPD uniform and working alongside such an amazing group of committed men and women. Together in partnership and collaboration with the Dallas community, we will meet the challenges of today and beyond.”

Executive talent recruitment firm Public Sector Search and Consulting vetted 36 applicants from across the U.S. After winnowing the pool down to seven, Dallas city council members provided questions to the Public Safety Committee and Jennifer Staubach Gates, the committee chair, then participated in a recorded question-and-answer session with the candidates that was aired on cable TV and city of Dallas social media channels.

Broadnax then took all the feedback from those sessions and selected the final candidates that he interviewed.

“I’m pleased to see this inclusive, equitable and transparent process culminate successfully with the hire of Chief Garcia,” Broadnax said. “Despite the challenges of the global pandemic, it’s an exciting time for him to come to Dallas and continue building on the foundation of R.E.A.L. Change we’ve built – advancing 21st Century policing in ways that are responsible, equitable, actionable, and legitimate.”

Garcia is expected to begin work on Feb. 3.