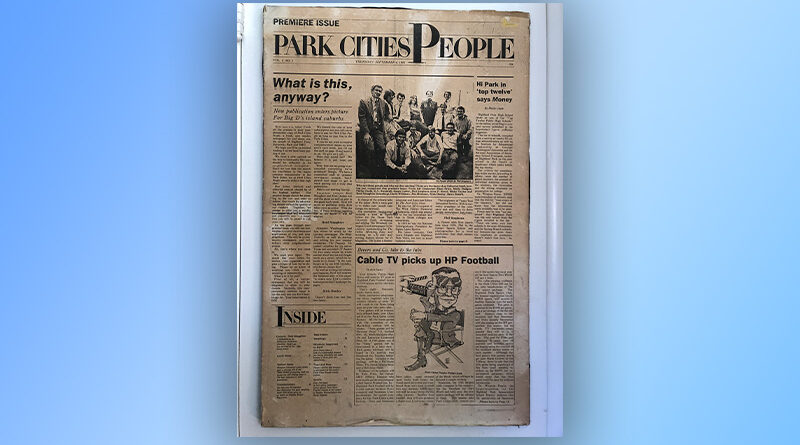 It’s hard to believe that 40 years ago, a handful of 20-something-year-olds came together with enough maturity and initiative to create Park Cities People.

Well, at least the initiative.

The newspaper’s early days looked more like a mosh pit of journalism, but the result was a publication that would win the award for best weekly newspaper in the state more than any other.

In 1978, I left Texas Tech to study screenwriting at San Francisco State University. Six months into it, the Park Cities News called me and offered me an associate editor position. So I put California in my rearview mirror and came back to the Park Cities.

Within a year, I had learned every aspect of weekly newspaper publishing and offered to buy the newspaper. The owners, the Waters family, didn’t want to sell. But I believed in my new ideas so much that I decided to start a new publication serving the same market.

My friend, John W. Carpenter III, offered to back me financially. I recruited 23-year-old Reid Slaughter to be my partner and run the business end of the publication. He mentioned that he had some family money and could back the business without us needing an investor. Carpenter agreed that it was the most prudent way to fund the start-up. He graciously bowed out.

“The biggest fan of the new publication was Wick Allison, my boss when I was D Magazine’s first intern. In 1981, he encouraged Reid and me to follow through with the concept when other publishing executives in Dallas discouraged us. Good thing we listened to Wick.”

High school sports was king in the Park Cities. I hired Phil Stephens from the Park Cities News to serve as sports editor and then brought on board Susan Carter and E.V. Swalwell. They had no newspaper experience but became outstanding society writers.

The newspaper was designed by my friend, John March, who was living in Chicago as the editor of the Sigma Alpha Epsilon magazine. Forty years later, he still designs everything I do, most recently the three Highland Park football state championship coffee-table books.

Back in 1981, we stayed up all night for two nights to finish the first issue in time for the Scots opening home game. We were so proud of it but later found more than 100 mistakes. However, it was in the can. It was a reality.

Moroney went on to become the publisher of The Dallas Morning News. He and his wife, Barbara, now have a winery called Sixmilebridge in Paso Robles, California. Check it out at sixmilebridge.com.

The biggest fan of the new publication was Wick Allison, my boss when I was D Magazine’s first intern. In 1981, he encouraged Reid and me to follow through with the concept when other publishing executives in Dallas discouraged us. Good thing we listened to Wick.

Years later, Wick bought the newspaper and made it a part of the D family. He owned People Newspapers when he died on Sept. 1, 2020. But 40 years earlier, he was inspiring two young men to take the risk and follow their dream. And sure enough, he DID think it was a good idea because Park Cities People ultimately became his dream, too.

Remembering When: Got some favorite memories about reading Park Cities People or Preston Hollow People through the years? Or maybe you are celebrating a 40th anniversary of some type, too. Please share with us your tales and photos at [email protected] 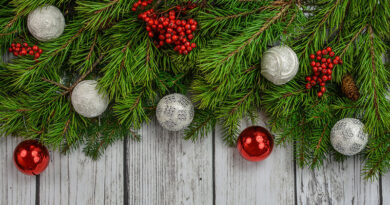 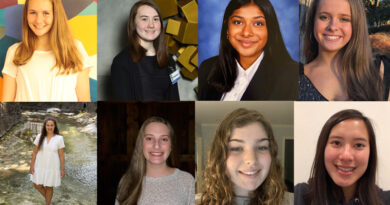