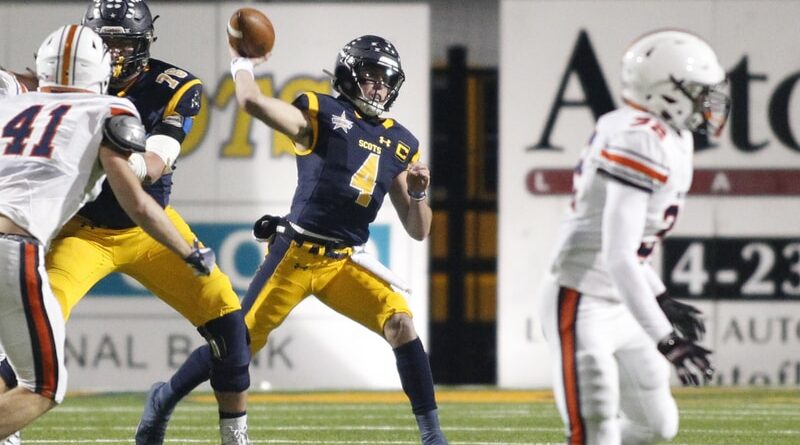 Chandler Morris is transferring closer to home. The former Highland Park quarterback announced over the weekend that he will play next season at TCU.

Morris, who led the Scots to an undefeated season and a Class 5A Division I state championship in 2018, saw limited action in a backup role this year as a freshman at Oklahoma. He rushed for two touchdowns, the most noteworthy of which came in the first half of the Big 12 championship game on Dec. 19 against Iowa State in Arlington.

That score came on the same field where Morris and HP claimed a state title two years earlier with a victory over Alvin Shadow Creek. He accumulated almost 7,700 passing yards and 88 touchdowns, along with 37 rushing scores, in two years as the starter for the Scots.

Morris, son of former SMU and Arkansas head coach Chad Morris, was a backup to Spencer Rattler this season with the Sooners. At TCU, he will join a roster that includes returning starter Max Duggan.