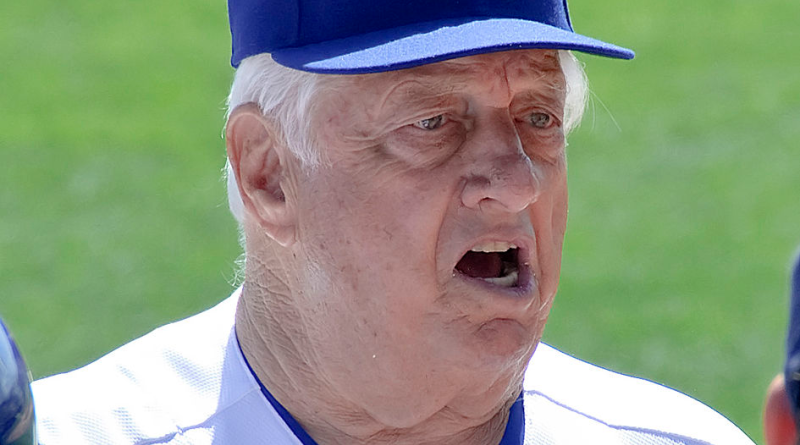 They shared a love of baseball, so it seems fitting that former president George W. Bush would share his thoughts on the death of Hall of Fame manager Tommy Lasorda.

Lasorda, who took the Los Angeles Dodgers to two World Series titles and then became the sport’s biggest ambassador in later years after a heart attack ended his career in 1996, died Thursday night, the Dodgers said Friday. He was 93.

The club said he had a heart attack at his Fullerton, California, home, and resuscitation attempts were made on the way to a local hospital. He was pronounced dead around 11 p.m.

“Laura and I are saddened by the death of Tommy Lasorda,” he said. “The baseball great was full of life throughout his 93 remarkable years. He was a good player, a smart manager, and a fine ambassador for our National pastime.

“I’ll never forget his energy leading his beloved Dodgers – or stepping in as third base coach for a tee ball game on the South Lawn of the White House. I believe he loved only his country, his wife Jo, and his family more than baseball.  Laura and I send the Lasordas our heartfelt condolences.”

“Tommy Lasorda was one of the finest managers our game has ever known. He loved life as a Dodger,” Major League Baseball commissioner Rob Manfred said. “His career began as a pitcher in 1949 but he is, of course, best known as the manager of two World Series champions and four pennant-winning clubs. His passion, success, charisma and sense of humor turned him into an international celebrity, a stature that he used to grow our sport.

Tommy welcomed Dodger players from Mexico, the Dominican Republic, Japan, South Korea and elsewhere – making baseball a stronger, more diverse and better game. He served Major League Baseball as the Global Ambassador for the first two editions of the World Baseball Classic and managed Team USA to gold in the 2000 Summer Olympics in Sydney. Tommy loved family, the United States, the National Pastime and the Dodgers, and he made them all proud during a memorable baseball life.”

“I am extremely fortunate to have developed a wonderful friendship with Tommy and will miss him,” he continued. “It feels appropriate that in his final months, he saw his beloved Dodgers win the World Series for the first time since his 1988 team. On behalf of Major League Baseball, I send my deepest sympathy to his wife of 70 years, Jo, and their entire family, the Dodger organization and their generations of loyal fans.”