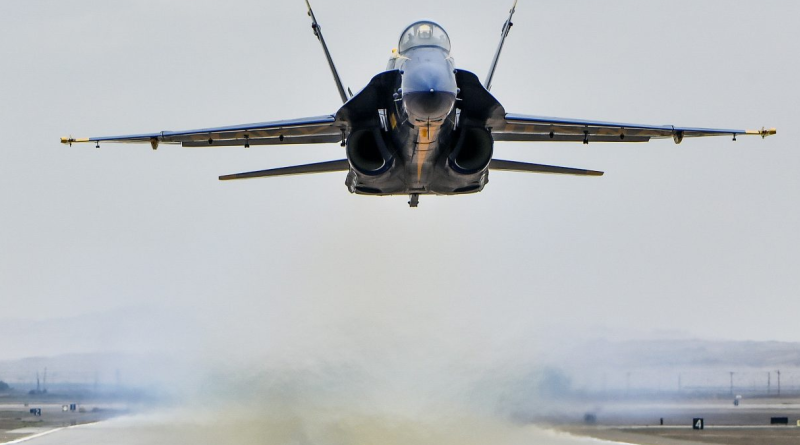 The latest addition to the exhibits at the Frontiers of Flight Museum is positively angelic.

The museum announced this month that an F/A-18 “Hornet” flown by the U.S. Navy Flight Demonstration Squadron – or the Blue Angels – will arrive on Jan. 16.

The aircraft is on loan to the museum from the National Naval Aviation Museum in Pensacola, Florida.

“We have been busy relocated exhibits and aircraft to provide a prominent home for our new ‘Angel,'” the museum said.

The aircraft, BuNo 163435, has a long service history. Built by McDonnell Douglas in 1987 and first assigned to VFA-82 Marauders, the aircraft flew combat missions off the carrier USS America (CV-66) during Operation Desert Storm. The aircraft went on to serve with VFA-81 Sunliners before being selected as a Blue Angels aircraft in 2006.

Flying with the team through 2020, this Blue Angel wore number 3 as she proudly flew over Dallas-Fort Worth during Operation America Strong in salute to first responders and health care workers.