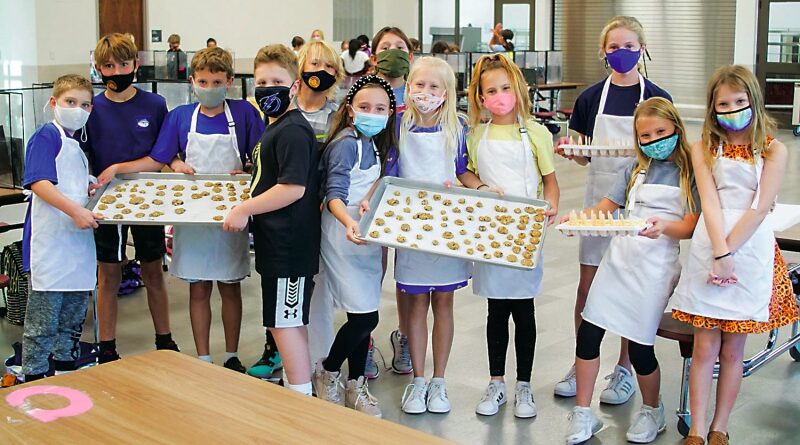 Elementary STEAM coach Ashley Jones said the idea to have students help make dog treats came about when she heard from another staff member that the Scots Cafe pivoted from catering to baking and selling homemade dog treats because of the COVID-19 pandemic. Young adults in the HPISD 18+ program run the Scots Cafe, where they learn to operate a business along with daily living and employment skills.

Jones said she ordered some and, when she went to pick them up, the staff member said they were still working on getting cookie cutters and figuring out details like proportions for the treats.

“She showed me her computer, and she was looking at another company to help design cookie cutters for specific things they wanted to do,” Jones said. “I thought, ‘Oh my goodness, we have 3D printers in our MAPS space. Why don’t we see if the high school STEAM program could kind of be involved in that?’”

Jones got in touch with the new Moody Advanced Professional Studies (MAPS) Center director, and he agreed to help.

“Through all of that, Michael (Warren’s) program has helped redesign more efficient cookie cutters for all different types of students that they have,” she said.

Shortly after that, Jones walked around the University Park Elementary campus and found the fourth-grade leadership group was taking donations for the Richardson Animal Shelter. “I said, ‘Why don’t y’all do something where maybe they can make some dog treats and send them with your care packages to the shelter, and then you have a whole community-wide project?”

“It’s really fun for the students to be hands-on and still be active and engaged and do a project that is really service-led,” Jones said. “It was a really cool project that really helped the shelter that was running out of supplies, especially around the holidays.”

“With everything going on this year, it was so just simple and genuine and sincere, and the kids had a blast,” she said.

“It was just really serendipity that we put the two together so that we could come up with a sort of manufacturing model that the transition students could use in developing the Scottie treats,” Orsak said. “It’s just been a fun partnership to work with them, and they’re just in a way good clients for the engineering design students to work with because they give really specific feedback and are very honest about what’s working and what’s not working.”