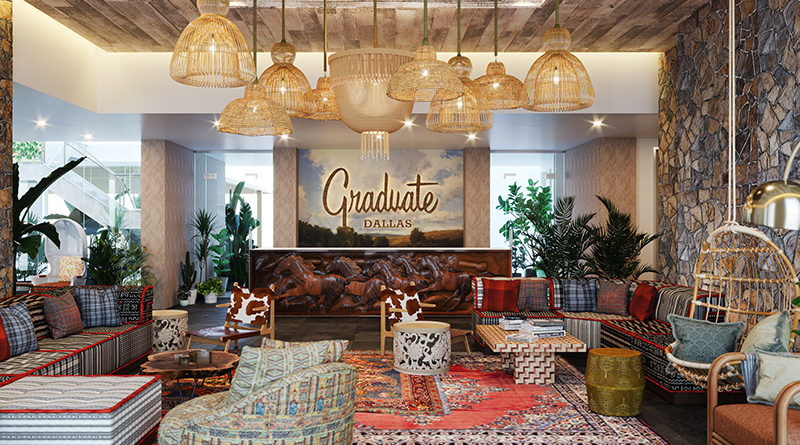 The Lumen appears to have a new timeframe for its full transition into the Graduate Dallas hotel.

University Park Parks and Recreation Director Sean Johnson said during a recent city council work session that the hotel is expected to reopen as the Graduate Dallas in spring of 2022.

“The Lumen will be part – well, they’re already operating under the brand of the Graduate, but they’ll be going through some renovations this year in 2021 in hopes of having it completed and for spring 2022 graduation, having a totally new makeover,” Johnson said.

A spokesperson confirmed the spring 2022 timeline.

Graduate Hotels is a collection of hotels in the U.S. in university-anchored cities. As such, the Dallas location is expected to feature nods to SMU.

As we previously reported, Adventurous Journeys Capital Partners acquired the Lumen Hotel in 2019.

The four-story building that houses the Lumen, originally built in 1963, features a mid-century design.