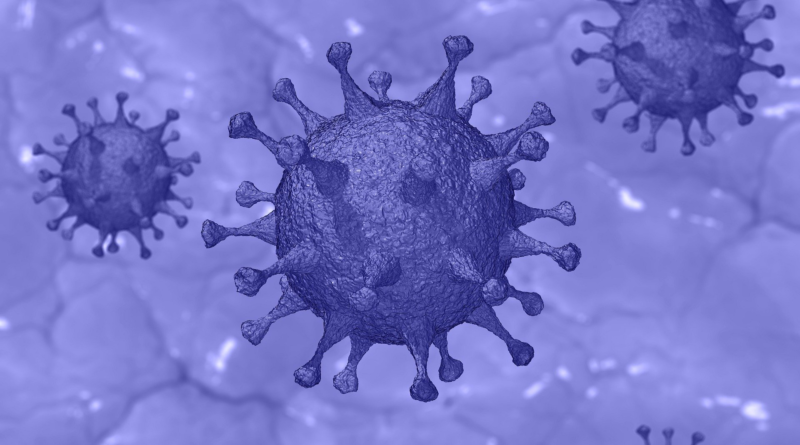 What does it mean when we say “death is a lagging indicator” when it comes to COVID-19?

For several reasons, spikes in death counts follow spikes in COVID-19 cases. A month ago, we were seeing upwards of 2,500 to 3,000 cases a day. Now, we’re seeing daily death counts range anywhere from 10 a day to last Wednesday’s record 40.

Part of the reason is that it takes anywhere from two weeks to a couple of months for people to become sick enough with the virus to die. Another reason? There can be a bit of a lag between the time the person dies and the time all that paperwork becomes data.

Back in July, researchers at Harvard made a visualization to demonstrate what the lag looked like.

“The animation shows that deaths often occur 2-8 weeks after the onset of COVID-19 symptoms,” they said.

The good news is that new cases have gone down significantly in the past few weeks. The bad news is that they’re still coming in at a rate of anywhere from 1,400 a day to 1,800 or more.

From Friday to Sunday, a total of 3,981 new confirmed cases of the novel coronavirus were reported by Dallas County health officials over the weekend, and an additional 852 probable cases were reported, along with 62 deaths.

There are 113 active long-term care facility outbreaks.  A cumulative total of 3,776 residents and 2,149 healthcare workers in long-term facilities in Dallas have been diagnosed with COVID-19.

“Today we report 1,407 new COVID cases and 20 deaths. With 183 deaths, this ends our deadliest week of COVID thus far, and as we said last year, January and February will be our darkest months,” Dallas County Judge Clay Jenkins said Saturday. “While we mourn for those who have been lost to COVID and send our thoughts and prayers to all those who are sick, we are seeing a dip in the number of new infections due to your good decisions and we must continue with that slight progress. It’s up to all of us to do everything we can to keep ourselves, our loved ones, our community, and our country a little bit stronger in these difficult times.”

The county said that the number of COVID-19 hospitalizations Friday was 989 patients. Emergency room visits for COVID-19 symptoms represented about 20% of all ER visits, according to information reported to the North Central Texas Trauma Regional Advisory Council.

UT Southwestern’s latest forecast projects that by Feb. 9, Dallas County hospitals could see concurrent hospitalizations rise to between 910 and 1,390 cases, with roughly 2,300 new cases per day on average.

According to trackers provided by Dallas ISD and Highland Park ISD, cases of COVID-19 are continuing to crop up at schools. On Friday, Dallas ISD’s COVID-19 dashboard indicated that there were have been 3,828 cases throughout the district – 1,900 among campus staff, 405 among central staff, and 1,523 among students.

Highland Park ISD is reporting 13 staff cases and 40 student cases (six among four of the five elementary schools, eight at the middle schools, and 26 at Highland Park High School). Neither district provides information on how many students and staff have quarantined due to classroom exposure to the virus.

Over the past month, there have been 9,471 COVID-19 cases in school-aged children and staff reported from 733 separate K-12 schools in Dallas County.

A total of 420 children in Dallas County under 18 years of age have been hospitalized since the beginning of  the pandemic, including 32 patients diagnosed with Multisystem Inflammatory Syndrome in children (MIS-C).  Over 80% of reported MIS-C cases in Dallas have occurred in children who are Hispanic or Latino or Black.