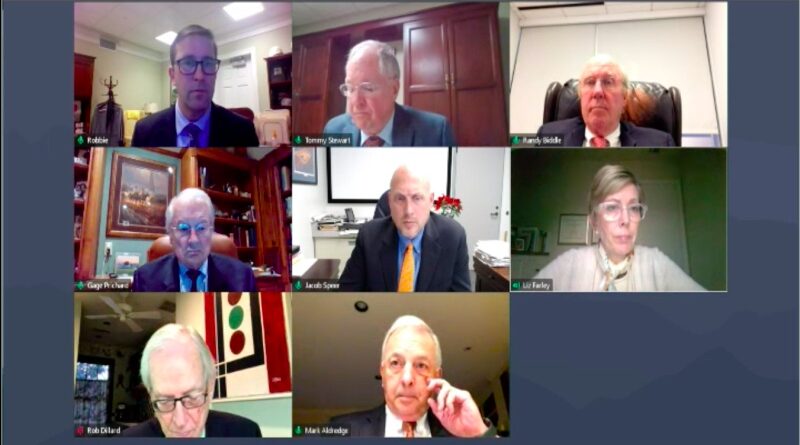 The first phase included the recently-installed underground stormwater detention system in Caruth Park. That work involved installing an underground detention structure under the field on the east side of Caruth Park, plus some above-ground improvements. The facility increases the capacity of University Park’s stormwater system by 11 acre-feet or just more than 3.5 million gallons.

“We’re ready to move on to our next phase and it’s been under design,” City Engineer Katie Barron said. “This will involve replacement of the existing storm drain under Southwestern and Hillcrest – there’s a 60-inch pipe – and we’ll be replacing it, upsizing it to double boxes…in Southwestern, and…in Hillcrest. That will also include some work in Turtle Creek to connect that system up to our existing system as it goes downstream. In addition, we’re going to relocate the wastewater line that’s in Turtle Creek within the limits of this construction. It’s currently up almost underneath the existing stormwater pipe under Turtle Creek – they built them at the same time – we can’t really get to it, so we’re going to replace that piece as we are doing this drainage work as well. In addition, we’ll be replacing the wastewater line in Southwestern that’s for the residents on the north side…and then we’ll be relocating a water line in Hillcrest that’s in conflict with where the new boxes are going to be. That line will run basically the length of the storm drain as well from Southwestern up to Colgate up Hillcrest…In addition, we added pond dredging at Caruth Park to this project.”

University Park Public Works Director Jacob Speer said the work on second phase projects is set to begin later this month and last about a year and a half.

Barron added that the work would be done in phases and crews will generally work from the downstream end at Southwestern and Turtle Creek upstream.

In other news, the city council: