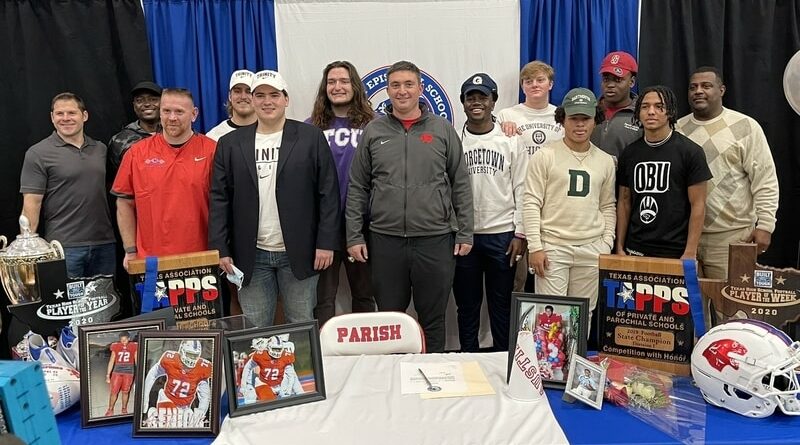 Parish Episcopal offensive tackle Austin Uke signed with Stanford on Wednesday after announcing his commitment to the Cardinal during a ceremony at the school.

Uke chose Stanford over scholarship offers from Texas, USC, Northwestern, and others. The 6-foot-4, 267-pound lineman emerged as a top recruit this season as the Panthers won their second consecutive TAPPS state title. He transferred to Parish this season after playing previously at Jesuit and Trinity Christian-Cedar Hill.