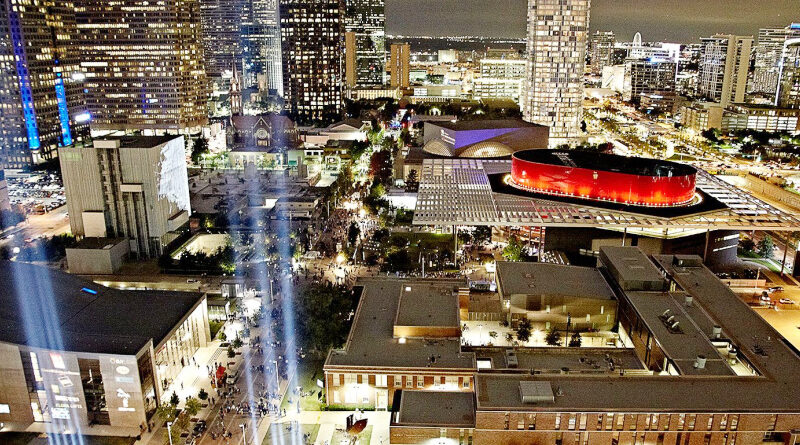 The pandemic has been a drain on coffers everywhere, and the Dallas arts community is not immune, a new survey revealed.

The pandemic-related impact for the nonprofit arts community within the city of Dallas has reached $95,545,710 in financial losses, including 3,145,209 in lost or deferred attendance, and more than 1,000 jobs lost. These are the results of the latest survey of the city’s cultural organizations covering the 8 ½ month-period from the initial shutdown, from March 13th through Nov. 30.

The survey was the third conducted by The Arts Community Alliance (TACA), the Dallas Arts District, and the Dallas Area Cultural Advocacy Coalition (DACAC). Seventy groups responded to the most recent survey measuring the impact of the COVID pandemic and its related closures on the city’s nonprofit arts and cultural organizations.

“The impact of the pandemic on the arts in Dallas – financial, human and cultural – continues to be staggering,” said Terry D. Loftis, president and executive director of the arts funding organization TACA. “We’re encouraged that our organizations are resilient and finding ways to engage the community. But these losses are not sustainable and no one is expecting a return to normal anytime soon.”

Over the summer, Gov. Greg Abbott released safety guidelines allowing museums and fine arts performance venues to reopen at significantly reduced capacity. Some workshop, classroom, and gallery spaces have been able to reopen as well. Still, many remain shuttered and the aggregate closure impact continues to climb:

Many performing arts organizations have had to cancel or push back entire seasons to the fall of 2021, or into 2022– which means losing almost two years’ worth of earned revenue.

When asked to rank the greatest barriers to reopening, safety was number one.

Thirty-nine organizations listed maintaining the safety of audiences and artists as their number one barrier. Several groups noted that visiting artists do not feel safe traveling.

Others cited public perception. “Many of our long term patrons are 65+ and have firmly stated that they are not interested in attending a live choral performance before a vaccine is widely available,” wrote one respondent.

Some felt they don’t have the resources to ensure a safe environment. “I am the only staff in front-of-house,” said a respondent. “I cannot fathom how I would host, screen, take temperatures, enforce masking, enforce social distancing, clean, etc. in addition to normal [front-of-house] duties. I could cry just thinking about it.”

For those who have been able to present live and in-person experiences or virtual, 39 groups say they have been able to generate earned revenue through admissions or fees. All but one of those said those revenues were lower than normal.

Patrons, foundations and donors have been stepping up financially to help. Of the 70 respondents, 65 say they’ve been able to fundraise to help make ends meet, with 29 stating the amount is equal to or higher than normal levels.

Arts leaders also credit the city of Dallas for continuing its support.

“The fact that the City of Dallas was able to keep the funding for most organizations level with the prior year helps explain why most Dallas arts and cultural organizations have survived,” said Joanna St. Angelo, Sammons Center for the Arts Executive Director, and president of DACAC, a grass roots arts advocacy group of 77 arts supporters, artists, and groups of all size and genre.

“The next year will be a challenge, but we are fortunate our City leaders recognize the importance of the arts community to the economy, jobs, tourism and the quality of life in Dallas,” she added.

The second survey counted 1,219 full-time and part-time employees as furloughed or laid off through July 31, 2020. The data in the third survey provided inconclusive numbers on the current staff counts, but indicate there may be some improvement. In the responses, 14 groups indicated that they have been able to bring 124 people back on their payrolls (94 part-time and 29 full-time) but at least 17 organizations said they converted their temporary furloughs into permanent layoffs.

For 28 groups, salary reductions were implemented in response to the pandemic with 16 of them cutting paychecks by 20% or higher, and eight groups cutting salaries over 40%. Just four of the 28 groups had returned salaries to normal levels by November 30. Two groups said they’ve had to reduce or eliminate previously offered health and/or retirement benefits.

Despite the challenges and barriers, some groups have safely taken their performances out into the community in unique ways. Some have performed in parking lots or garages with audiences enjoying from their cars. Some have transformed storefronts into public exhibition space. Some are using outdoor venues, including plazas and parks. And many have taken their work on line providing culture, entertainment and education for audiences to enjoy at home.

“There is no question our arts community is creative, passionate and resilient, but limited resources only go so far,” said Lily Weiss, executive director of the Dallas Arts District. “These are small businesses sustaining major revenue and job losses. I worry that many of our organizations are reaching a tipping point. This is going to be a very difficult year.”

Have a story tip or idea? Tell us here!