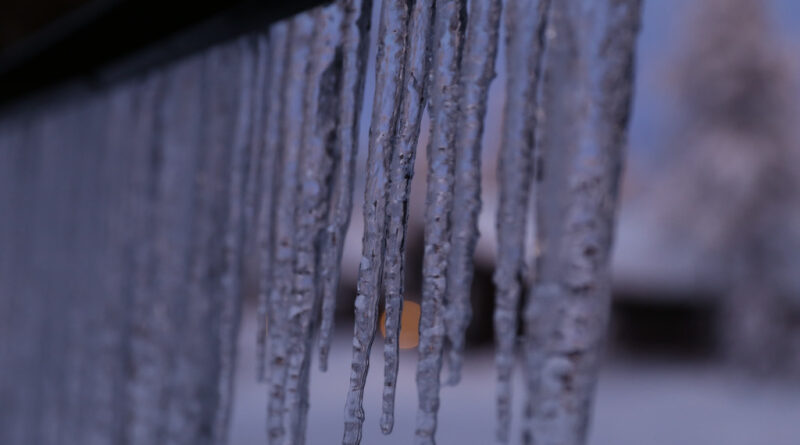 Call it another casualty of the pandemic, but the days of waking up early in hopes that your school district appears on a TV crawl beneath some very cold reporter standing next to a TxDOT truck early in the morning may be over.

It’s already cold, having hit a balmy 32 degrees at 2:30 p.m., but the National Weather Service has also issued a winter weather advisory until Thursday at 3 p.m. The area could get freezing rain and accumulations of ice on roads, bridges, and overpasses.

“Freezing rain is expected in the magenta region from Wednesday afternoon through Thursday,” NWS forecasters said. “Accumulations up to a 10th of an inch are expected on area roadways and bridges and may impact travel. We’ll also be watching for areas of embedded sleet in the northwest overnight Wednesday.”

All of this, of course, may be (or not, because it’s Texas) a dress rehearsal for Monday, when temperatures are expected to be in the teens and wind chills in the single digits, with some meteorologists predicting possible precipitation (the NWS says they’re not confident of that just yet).

But no, that won’t mean no school if the weather is bad. Both Dallas ISD and Highland Park ISD will still be in session – but it might be virtually.

“Dallas ISD is closely monitoring the weather conditions,” the district tweeted Wednesday afternoon. “If roads become unsafe for travel tomorrow, we will not close schools but will be 100 percent virtual for all students and staff.”

By Wednesday night, Dallas ISD sent a robocall to parents and staff announcing that school would indeed be virtual Thursday, and that some outdoor sporting events and other outdoor events would be canceled.

Highland Park ISD announced Thursday morning all classes would be virtual Thursday. The district says links to classes were previously emailed. The district also shared that all athletic events scheduled for Thursday are canceled with make-up dates and times to be determined.

Greenhill School announced Thursday morning school would be closed Thursday (no remote learning) and all after school activities are canceled.

Hockaday announced Thursday morning students would be in distance learning Thursday, and the campus and Child Development Center are closed.

St. Marks announced Thursday morning that the campus would be closed and all classes canceled Thursday.

Ursuline Academy announced Wednesday all B day classes would be virtual Thursday.

And there is good reason to move to virtual classes or cancel – this morning’s traffic is pretty slippery, just judging by this 8 a.m. TxDOT map (we swear Dallas is on it) of the icy roads and accidents.

We’re starting to hear from museums and other destinations – and as expected, they’re all closed for the day. The Nasher, the Dallas Zoo, and the Dallas Museum of Art have all announced closures, and we anticipate a few more will trickle in.

If you can stay home, it’s a good day to hunker down and drink all the warm things.

Have some definite feelings about the lack of snow days? Feel free to hit up our letters to the editor and share them.