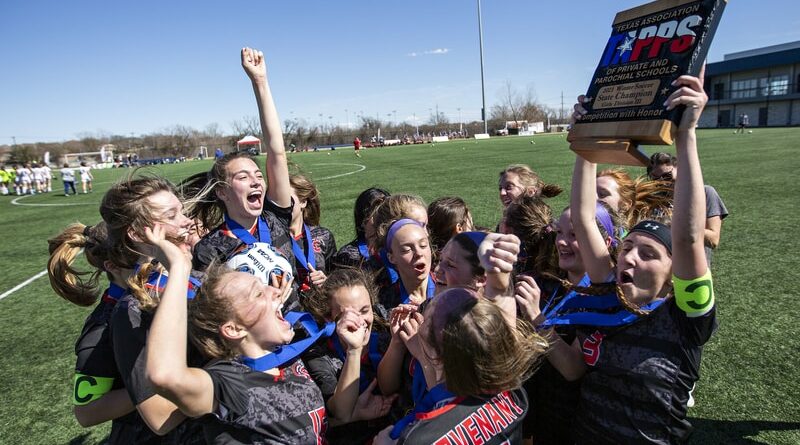 ROUND ROCK — For the first time in school history, Covenant won simultaneous state titles in girls and boys soccer on Friday. The Knights secured both TAPPS Division III trophies with victories over Schertz John Paul.

The Covenant boys, whose last title came in 2018, closed out a narrow 1-0 victory, while the girls secured their first championship in a 3-1 win propelled by two goals from sophomore Kaitlin Swann.

“It’s a first,” girls coach Kirk Redding said. “I think it’s a great thing for our community and our school to get two state championships. Boys coach [Jerry] Clark, this is his first year at Covenant. They lost a lot of players from last year and ended up winning the game. He turned that program around.”

The boys kicked things off in the first of six TAPPS title games held Friday at the Round Rock Multipurpose Complex. Eliot Kerlin scored the winning goal less than 10 minutes into the game.

The Knights (12-8-1) were never the favorites to win the state title, after they started the season just 1-7, but their pedigree helped them cap off a tremendous postseason run.

For the Covenant seniors, it was a special way to end their high school soccer careers, after they finished as runners-up the past two years.

“We won it our freshman year, but we have been the runner-up the past two years,” attacking midfielder Jacob Scott said. “So it is really great to be back here and end our careers on a win.” 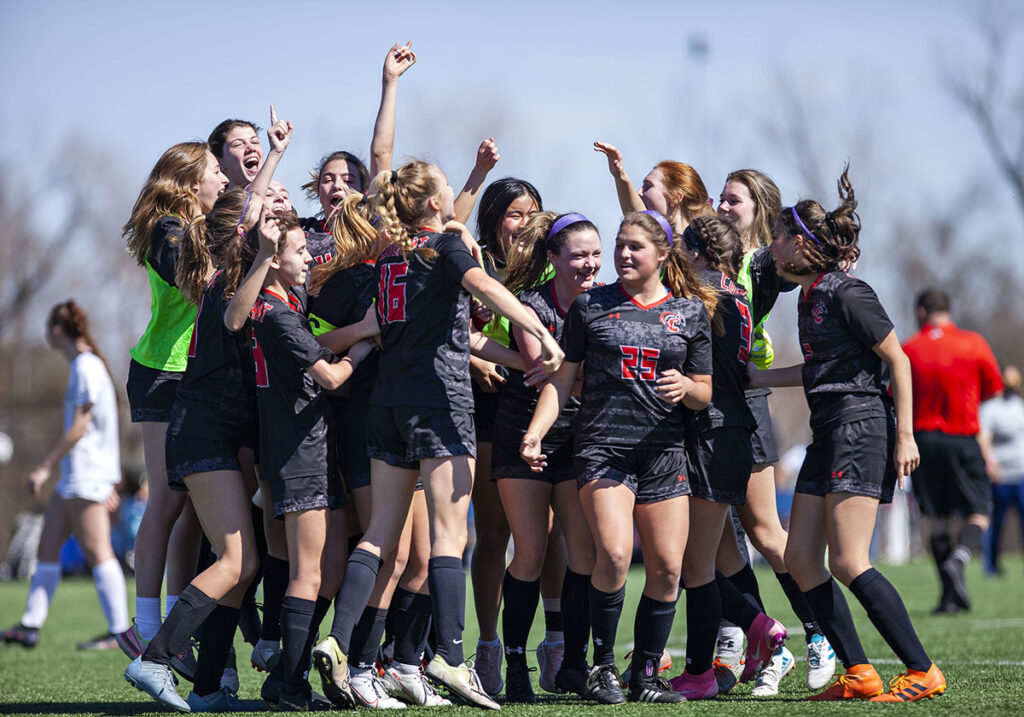 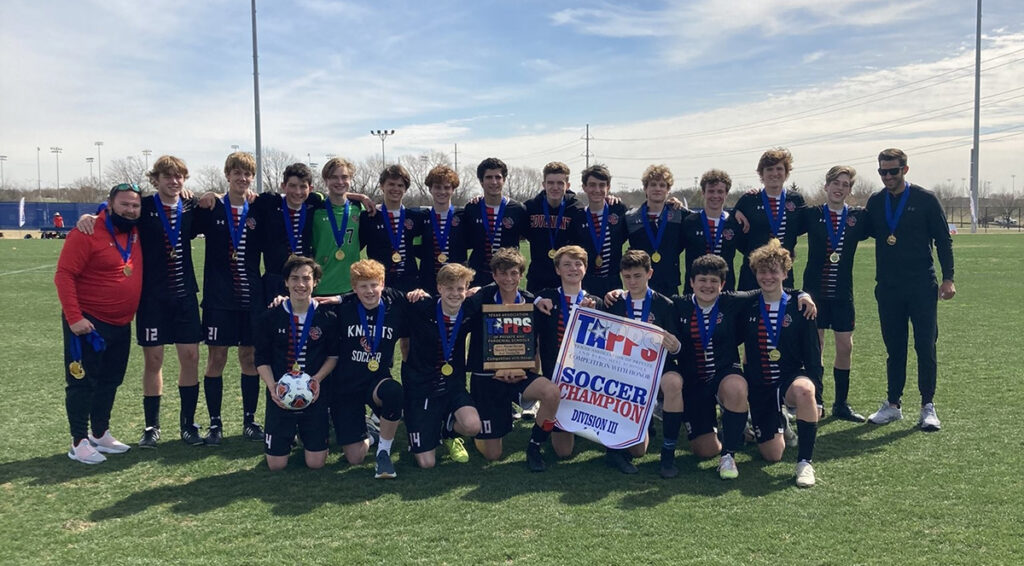 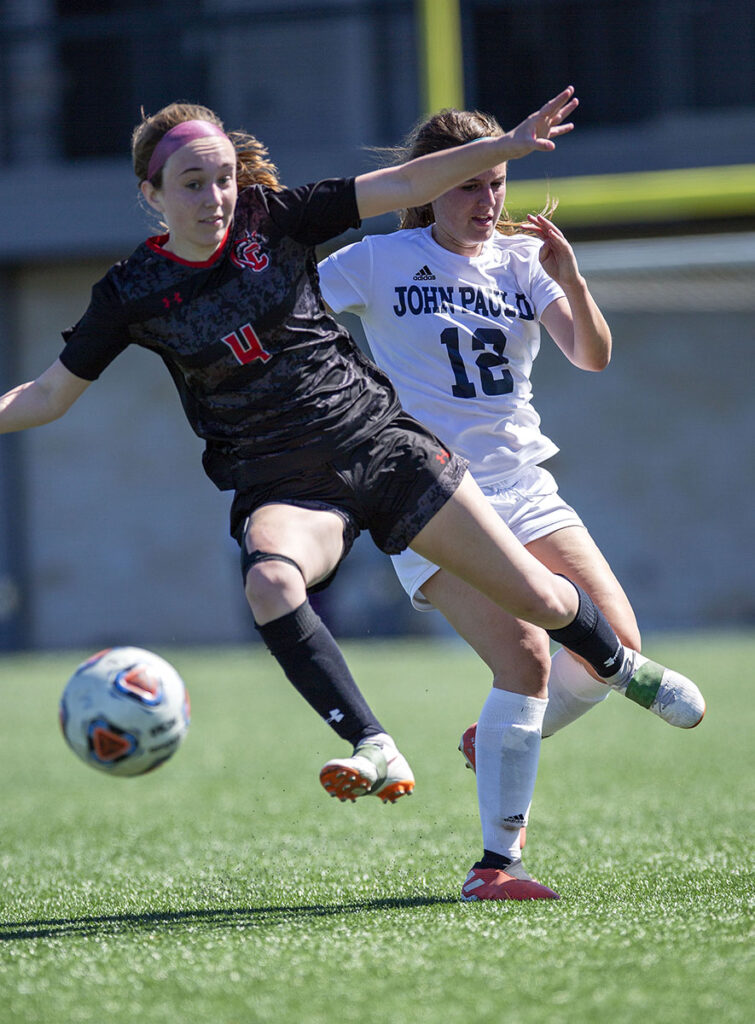 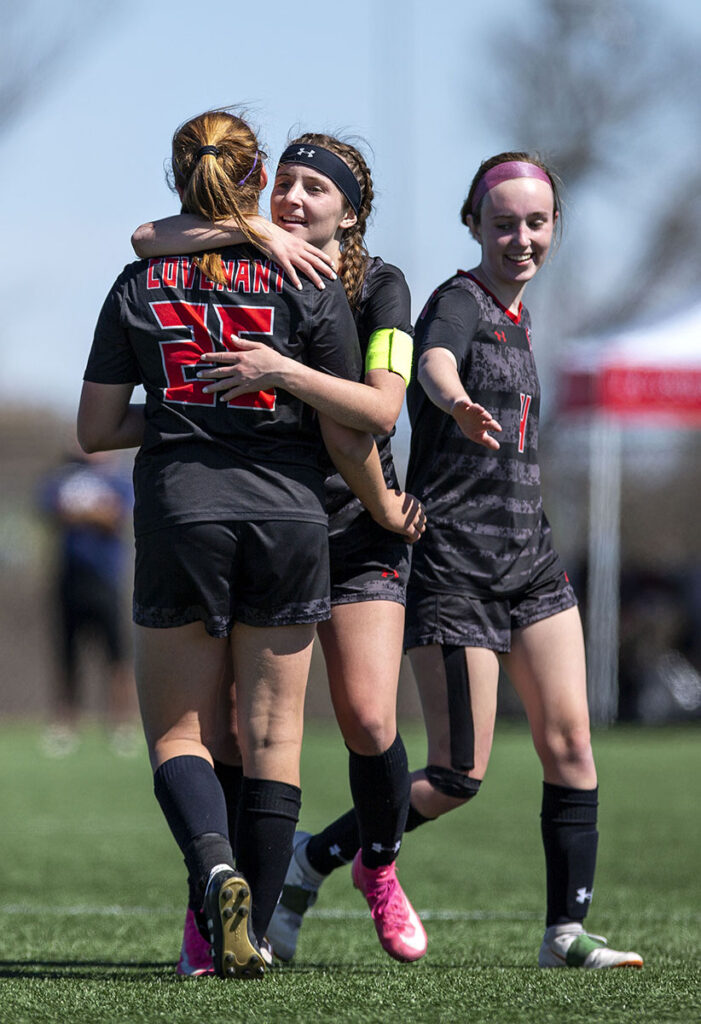 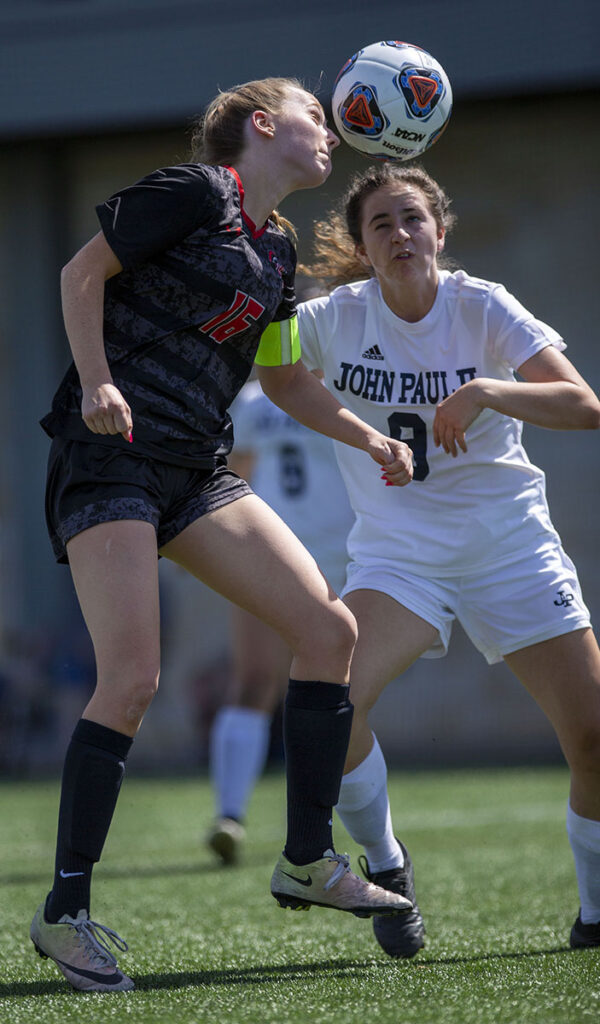 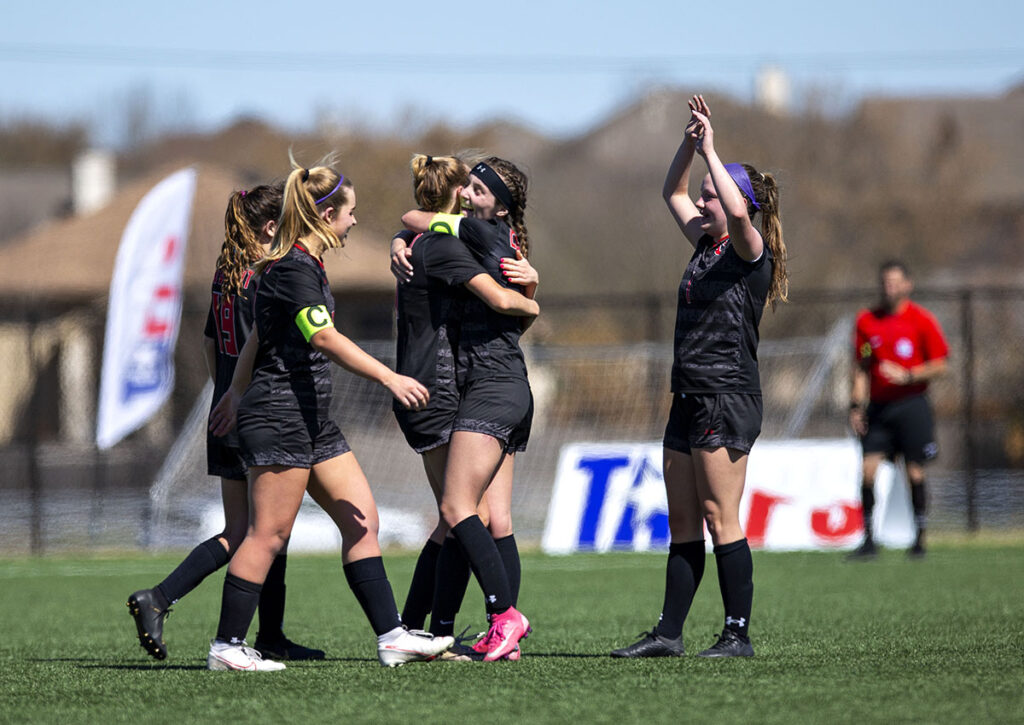 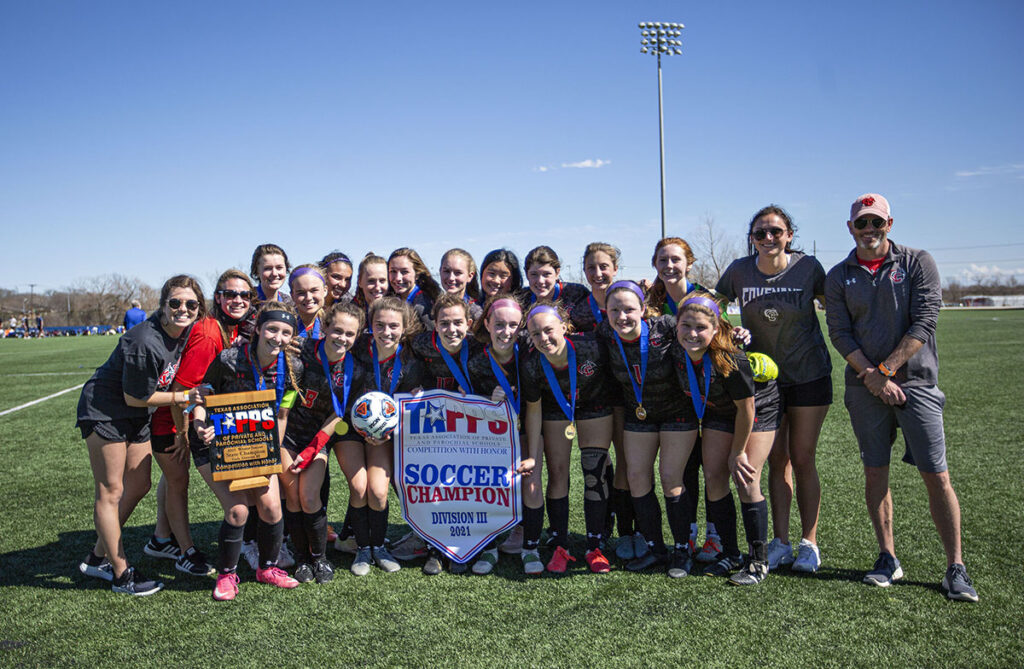 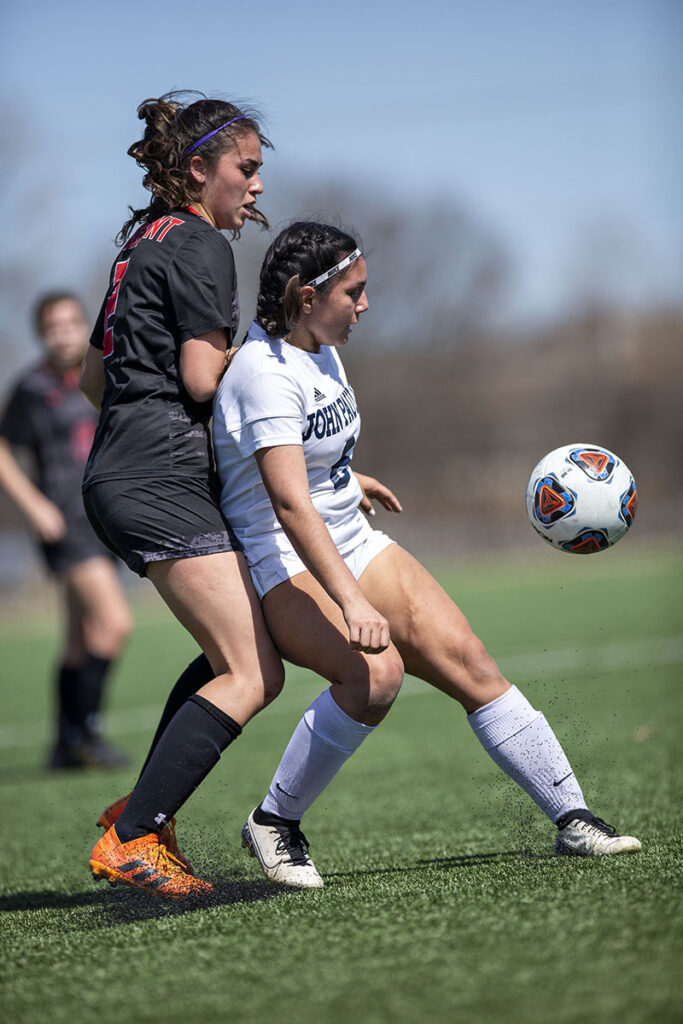 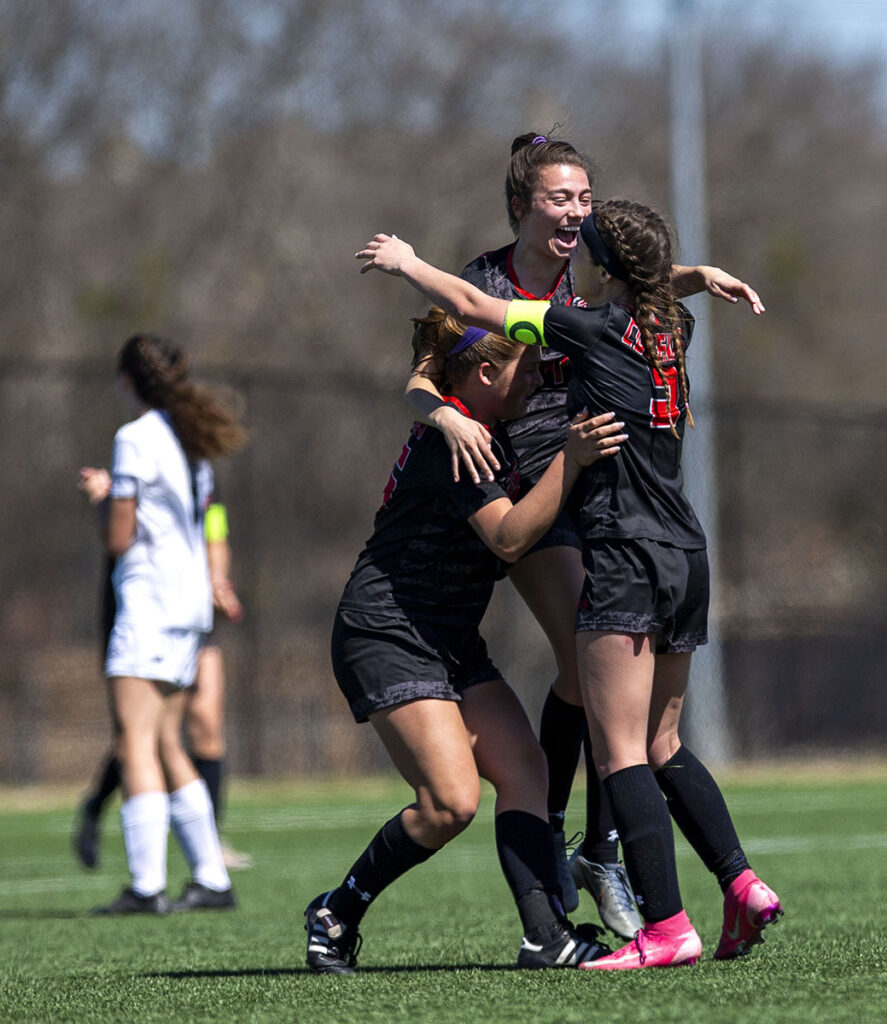 Scott came up with the game’s decisive assist, as he found Kerlin 15 yards away from goal with a cross, and Kerlin made no mistake providing the finishing touch.

The two seniors, who have been playing together since fifth grade, proved to be a formidable tandem. Less than eight minutes after the first goal, Kerlin and Scott combined again to nearly double their advantage, had it not been for a remarkable save by John Paul goalkeeper Eoin McCormick.

Covenant goalkeeper Kyler Zak was tested numerous times, but his best stop came at the start of the second half, as he made a point-blank reflex save to deny a John Paul rebound chance.

With just over 10 minutes left, Zak was beaten by a low strike down to his left-hand side, but sophomore defender Jack Kerns came from nowhere to make a sliding goal line clearance to keep the Guardians scoreless.

Later, with just a minute remaining, Kerns was the hero again, putting his body on the line to make a tremendous block to deny a certain goal.

“There were a lot of emotions, I did not know whether to celebrate or check on my teammate,” Zak said. “I thought that if I won this game, I would be screaming my heart out, but I was just concerned about Jack Kerns. He saved the game for us multiple times.”

The girls were not to be outdone. Swann made sure of it with two goals, and Margo Girtz scored the dagger with less than five minutes left to kill off an attempted comeback.

Swann drew first blood in the 10th minute, calmly collecting a cross from Ellie Fox and slotting a shot into the bottom right corner. It remained 1-0 until after halftime, when Swann struck again off an assist by Girtz.

The goals were her 50th and 51st of the season, setting a new program record. She scored 27 goals last year as a freshman.

“I was motivated to break a record and had a great team to help me do it,” said Swann, who plays her club soccer for Sting Dallas.

The high-powered Knights (20-3) scored 140 goals on the season — an average of more than six per game — including 30 goals and 17 assists from midfield maestra Fox. Covenant avenged a loss to John Paul last year, taking the final step in the program’s rebuild under third-year coach Redding.

Chris Bils is a co-founder and senior writer for The Striker Texas. Ross Fisher also contributed to this story.

Chris Bils is a co-founder and senior writer for The Striker Texas.