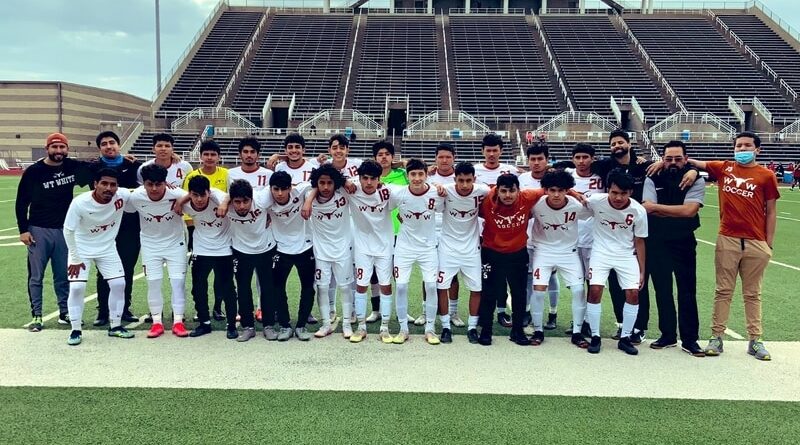 Last year, W.T. White won a boys soccer district title by never took the field for a playoff game after the season was abruptly cut short by the COVID-19 pandemic.

A year later, in a new district, the Longhorns ran through the entire 11-5A slate without a loss. WTW again earned a top playoff seed, and will host Seagoville in the Region II bi-district round on Thursday at Loos Stadium.

The Longhorns (15-2-3) averaged more than four goals per game in league play, and its only two defeats came against 6A powerhouses Flower Mound Marcus and Grand Prairie on the final day of the North Texas Elite Showcase tournament in early January.

WTW will take a 16-game unbeaten streak into the playoffs. The winner of Thursday’s game will meet either Lovejoy or Frisco Centennial next week in the area round.

Meanwhile, the WTW girls team also will launch its postseason run on Thursday. After finishing third in the regular-season standings, the Lady Longhorns (16-4-1) will face Molina in the bi-district round at Forester Stadium.