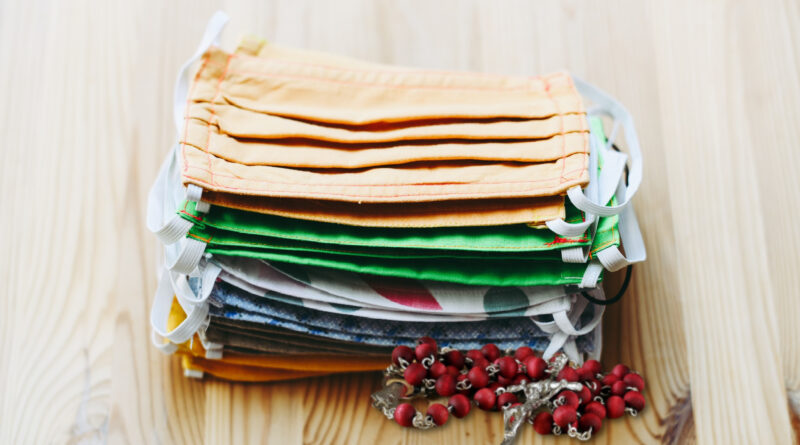 Most criminal trespassing cases barely merit mention in our weekly crime reports, and the names of those ticketed or warned never appear there.

But Deirdre Hairston, a young mom accused of trespassing after refusing to comply with requests to wear a mask, is making headlines after a recent interview about being escorted by police out of Holy Trinity Catholic Church.

More headlines followed, including these:

Hairston appeared on the video podcast of Taylor Marshall, an advocate for traditionalist Catholicism and author of 2019’s Infiltration: The Plot to Destroy the Church from Within. Hairston later recounted the story on former White House Chief Strategist Steve Bannon’s “War Room: Pandemic” podcast.

During a YouTube interview, Hairston tells Marshall about being approached by the Rev. Milton Ryan, the pastor of the Uptown Dallas parish, while attending 5 p.m. Mass with her 1-year-old child.

She was asked to comply with the church’s mask policy and eventually escorted out by police.

In video she shared on the podcast, Hairston asks, “Am I getting arrested?” and an officer replied, “No, not right now. But if you don’t listen, you will be.”

After being  asked “what’s the crime?” the officer responded “criminal trespass — they don’t want y’all here.”

A Dallas Police Department report confirms officers responded to a report of people refusing to leave the church March 14.

Hairston said she was ticketed for trespassing and also alleged in the interview that an usher went to her car and took pictures of her license plate before she was written a ticket for trespassing.

Huffines commented on Hairston’s podcast interview on his Facebook page.

Parishioner Kathy Palter said the church has been “inundated” with emails and voicemails since the incident.

“It’s upsetting. Of course, as we all know, everything is played out in public on social media, and I’ll tell you it feels helpless when a simple little Facebook page for your home parish, which probably gets one or two hits a day if it’s lucky is suddenly blowing up with comments that are so hateful that you don’t even recognize the place where you attend and worship,” Palter said.

“We have a table as you come in, you know, you check in, and there’s someone there to help you if you need to understand what we ask of you, and again, it’s clearly spelled out on the website, and expected by the Bishop. This is not a secret. It’s been this way for a long time,” Palter said. “We’re not done with COVID. It’s still out there, and until we have a lot more people vaccinated and the cases are way down, I think it just makes sense for us to protect each other.”

She added that Holy Trinity is a diverse parish with varied opinions.

“We have all political stripes, we have multi languages and people from many, many different backgrounds, and I’m sure we have a lot of folks that probably don’t love wearing masks, but we do it to protect our fellow parishioners, and also the staff that have to keep the church open, keep it clean, check people in,” Palter said. “There’s more to any story you hear about a particular group of people. We’re a warm, welcoming, caring parish.”

Holy Trinity, which serves the Uptown area, issued a statement two days after the interview was posted on YouTube saying she was not arrested or ticketed, but given a trespass warning.

“The pastor of the parish has required masks at Mass out of concern for the health and welfare of his entire congregation. Canon law grants pastors jurisdiction over their parishes, and while the bishop has not mandated masks for every parish, he has left these specific details to the pastors of the Diocese, adding that he expects the faithful to wear masks out of charity and concern for others,” the statement read.

Please read the following statement from the Diocese of Dallas concerning an incident that occurred at Holy Trinity. PLEASE NOTE: All comments on this post will be moderated.

The Diocese also indicated that officials are looking into the incident. People Newspapers reached out to the Diocese of Dallas, but hasn’t heard back. This story will be updated as we get more information.

12 thoughts on “No Mask, No Mass? Holy Trinity Makes Headlines After Calling Cops on Young Mom”