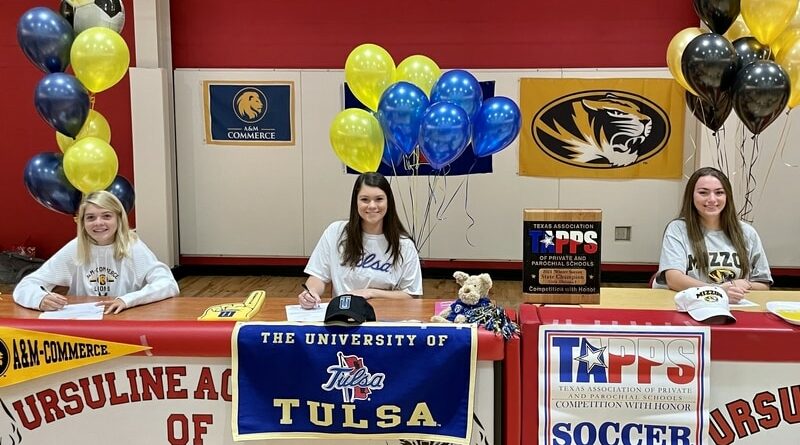 After capping their high school careers with a TAPPS 6A soccer championship, three Ursuline seniors have signed to play at the next level.

Kylie Dobbs, the program’s all-time leading scorer, signed with Missouri. The striker scored four times in the state title game against Houston St. Agnes, and finished with 103 goals in a Bears uniform.