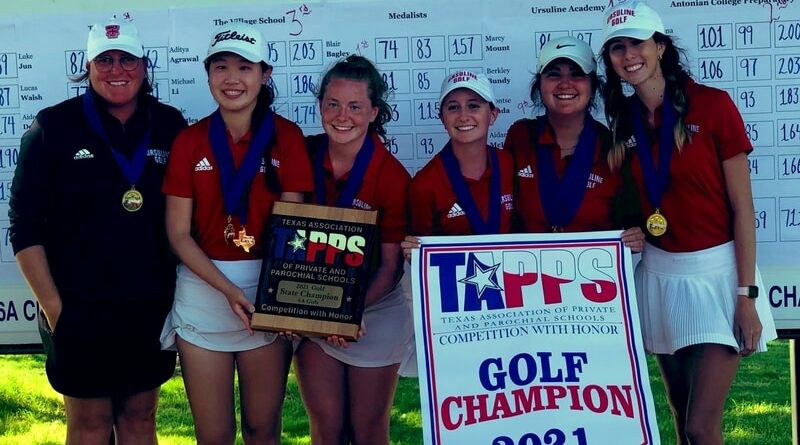 Ursuline continued its domination of TAPPS girls golf on Tuesday, when the Bears polished off their third consecutive 6A state championship.

The Bears won state titles in 2018 and 2019, and were not able to defend their championship last year due to the COVID-19 pandemic. This year’s title also capped a successful debut season for new Ursuline head coach Carrie Chambers.