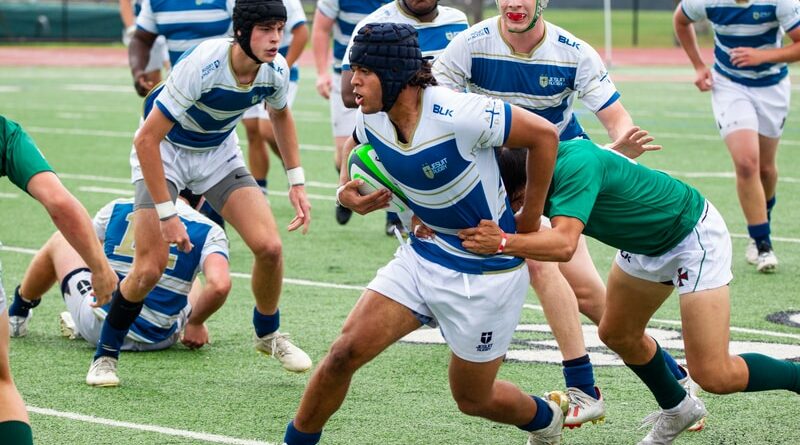 Sy Mendenhall led Jesuit to a 36-28 win over Strake Jesuit on May 1 in Houston. (PHOTO: Francis Celii Photography)
Preston Hollow Sports
May 7, 2021May 8, 2021 Todd Jorgenson 0 Comments

For the first time in more than a decade, Jesuit brought home a state rugby championship when it defeated rival Strake Jesuit on May 1 in Houston.

The 36-28 win gave the Rangers their third title in program history and first since 2010. Jesuit withstood a weather delay and a late rally by the Crusaders to secure the victory.

Jesuit will wrap up its season this weekend at the Sebastian Cup Championships in New Orleans.