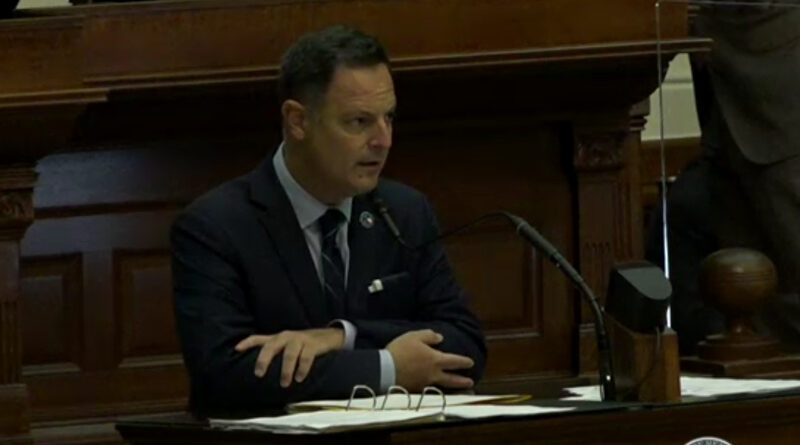 Dallas State Rep. Rafael Anchia was one of several lawmakers who debated House Bill 3979, which sought to limit what and how teachers discuss race and other controversial subjects. PHOTO: Screengrabs
News Park Cities Preston Hollow
May 11, 2021May 12, 2021 Bethany Erickson 0 Comments TXLEGE 2021

Sometime after 1 a.m. Tuesday, the Texas House gave initial approval to a bill that would limit how schools teach students about racism and facets of U.S. history involving the country’s actions in regards to people of color.

But it didn’t happen without a fight, and House Bill 3979′s author, State Rep. Steve Toth (R-The Woodlands), ended up approving a laundry list of amendments meted out over the four-hour debate.

Ultimately, the House approved the bill 81-52. It will go back to the lower chamber for another vote (likely Tuesday) before it goes to the Senate. That body already approved a similar bill.

“House Bill 3979 is about teaching racial harmony by telling the truth that we are all equal, both in God’s eyes and our founding documents,” Toth said as he outlined his bill.

But opponents of the bill were quick to respond.

“We are making very real decisions about access to educational resources without even having a full understanding of what we’re talking about,” State Rep. Mary González (D-Clint) said. “I can speak to this because I literally spent 10 years getting a Ph. D. in this in which I have seen the opposite of what you’re talking about happen, that compassion and love stem from this theory, stem from this research.”

González asked Toth several times to explain how many critical race theory books he had read completely to craft his bill. He said he had read white papers.

“So you want to ban a whole subject of theory because you have read a couple of white papers?” she asked.

“You said in your layout – ‘we are a democracy.’ But how can you say that when you’re literally excluding topics we can talk about in the classroom?” she added.

“We’re still allowed to talk about it in the classroom… The bill limits the proselytizing,” Toth responded.

State Rep. James Talarico (D-Round Rock), a former classroom teacher, pointed out that Toth’s bill didn’t align with Texas Essential Knowledge and Skills – the benchmarks used by the state to determine student proficiency in a subject.

He also took issue with the language that wouldn’t allow students to engage in service-learning for class credit.

“This bill would ban students earning class credit by volunteering with the Boys’ & Girls’ Club,” he pointed out. “Why not just trust Texas teachers to make these decisions for their students and their classrooms?”

State Rep. Nicole Collier (D-Fort Worth) said that Toth’s bill “whitewashed” history, taking issue with an amendment he introduced that called slavery “a failure to live up to … the authentic founding principles of the United States.”

When Toth insisted that the Constitution did not talk about slavery, Collier read him the 3/5th rule from Article 1, Sec. 2.

“You’re really dismissing the gravity of what happened when we had slaves,” she said.

“”Your lengthy bill about civics makes no effort to teach about slavery – the only thing you’re doing is preventing us from talking about race in a way that makes you uncomfortable,” Talarico said during a follow-up.

What emerged from the night was a bill that opponents were still not happy with, but that didn’t come as a complete victory for Toth either, who agreed to several amendments, including adding more diverse readings to a list of “founding documents of the United States,” including writings by Frederick Douglass, suffragists, the Chicano movement, the Equal Rights movement, Thomas Jefferson’s letter to Danbury Baptists, the 1964 Civil Rights Act, Brown vs. Board of Education, the universal declaration of human rights, the life of Cesar Chavez, Voting Rights Act of 1965, and the Federalist Papers.

After several lawmakers took issue with the bill’s language regarding teaching current events, Toth amended his bill to say that teachers can’t be forced to discuss “a particular current event or widely debated and currently controversial issue,” and if they do, it has to be from a “diverse” set of perspectives.

He also agreed to an amendment that wouldn’t punish students for asking questions about subjects prohibited in his bill. He would not agree to include the events of Jan. 6 at the U.S. Capitol, denying amendments regarding the teaching of that while being flanked by State Rep. Kyle Biedermann (R-Fredericksburg), who was seen in a video at the Capitol that day.

He also refused to strike language that would hamstring a school district’s ability to seek private donations to cover some teacher training.

“We have come to this body and have made the decision to tell our teachers how and what to teach,” said State Rep. Jarvis Johnson (D-Houston), who said that nobody is compelling teachers to teach critical race theory, “so this author literally is legislating nothing — an overreach of power.” 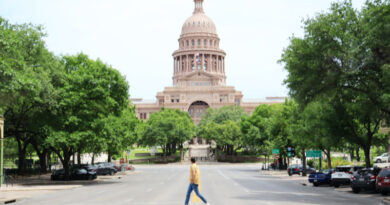 Stayin’ Alive: What Bills Are Still in Play As Clock Runs Out? 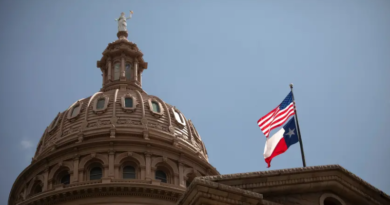 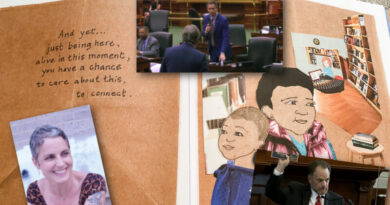 Favorites of 2021: The Book They Blamed