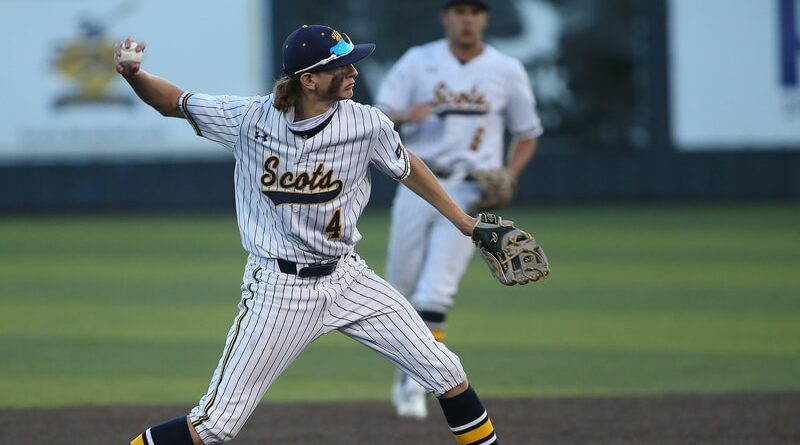 Preston Gamster and Highland Park fell to Marshall in a hard-fought three-game series in the area round of the 5A playoffs. (PHOTO: Chris McGathey)
Park Cities Sports
May 15, 2021May 15, 2021 Todd Jorgenson 0 Comments

The Mavericks rallied in their final at-bat to eliminate HP 8-7 on Saturday in the deciding game of a Class 5A Region II area round series.

Marshall capped a seesaw game with four runs in the bottom of the seventh inning to claim a walk-off victory in Game 3. That came after Patrick Turner’s two-run home run gave the Scots (22-14) a 7-4 advantage in the top half of the inning.

For the second straight week, HP dropped a series opener before coming up clutch in Game 2. In this case, the Scots rallied from an early 4-2 deficit and held on late.

That extended the season after the Mavericks controlled the series opener for a 5-1 win on Thursday.

HP has lost its last four matchups in the area round, and hasn’t advanced to the regional quarterfinals since 2015 in Class 6A.