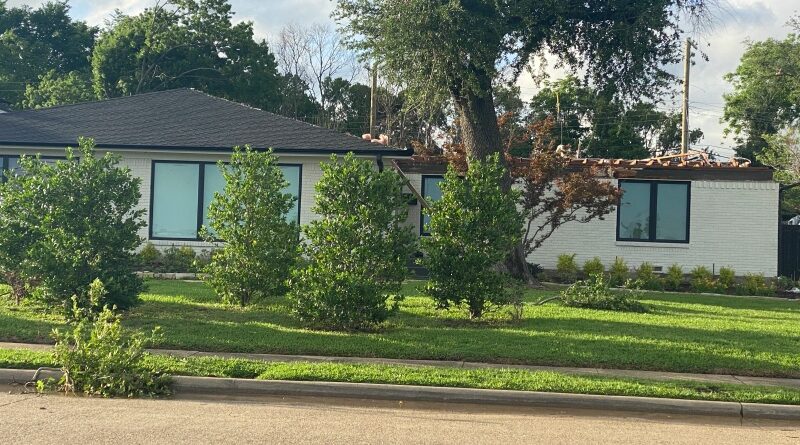 (Editor’s Note: Story updated to reflect National Weather Service information about the severity of the storms.)

The storms left damage near North Haven Gardens and near Goar and Caruth parks in University Park.

In an area still recovering from the October 2019 tornado, the damage to the home sitting across from North Haven Gardens might have been dismissed as a reminder from that storm if not for the neighbors gathered around to check on the homeowners and see the damage for themselves. The homes flanking the now-roofless structure seemed to sustain minimal to light damage.

Mayor Eric Johnson tweeted that crews were assessing the damage and it was unclear as of Sunday evening whether a tornado or straight-line winds were responsible for the damage on Northaven.

Dallas County Judge Clay Jenkins added that there would be extra patrols in the area.

University Park officials say high winds caused damage to trees and fences near University Park City Hall, which is at 3800 University Boulevard, in Williams and Goar Park, and blocks away at Caruth Park shortly after 2 p.m. Sunday.

City officials say a Parks Department crew was called in to clean up debris at all three sites.

University Park director of marketing and communications Steve Mace added that there were no injuries to report in the city.

Motorists are also asked to look out for potential street  flooding as more rain is in the forecast for this week.

In nearby Highland Park, Lt. Lance Koppa said all roadways were open as of around 3:30 p.m., but patrol staff monitored the streets during the heavy rainfall.

Area residents took to social media to share information about street flooding and damage left from the storms.

A flash flood watch is in effect for Dallas County until 7 a.m. Wednesday.

Northwest Highway between Boedecker and Edgemere can flood, as can several intersections along Preston, and University and Lemmon. The 635 frontage road between Hillcrest and the High Five also routinely floods. 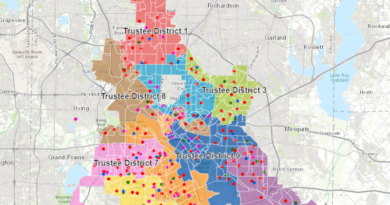 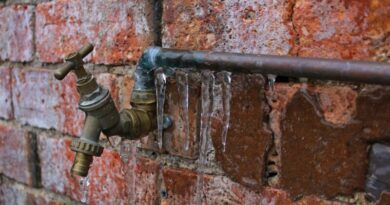 DFW Has One of Lowest Rates of Uninsured Homeowners