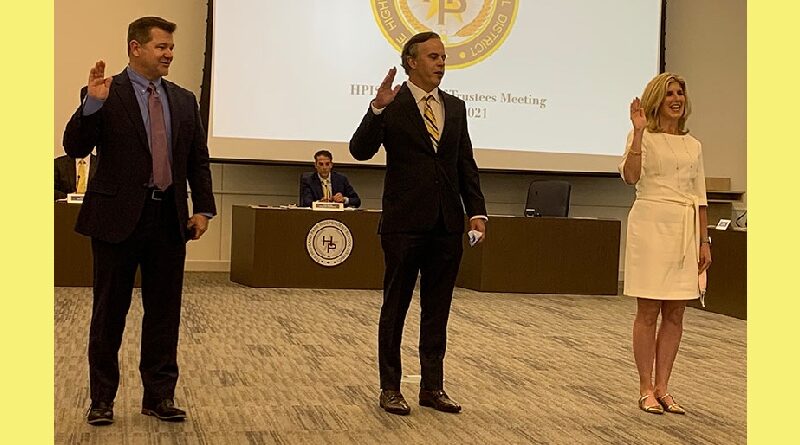 The Highland Park ISD board of trustees officially welcomed three new members during their May 18 meeting.

Hitzelberger was first elected to the board in 2007 and has served as its president since 2017.

“I just want to thank you for the privilege of serving as a trustee for the district for the past six years. As I’ve told many of you, I decided to run for school board to give back to the district and community for the wonderful education that my daughters … received here,” she said. “Teaching is challenging under the best of circumstances and the Texas finance system does not make it easy to reward our teachers as they should be rewarded, and this year, the teachers have gone above and beyond to deliver the highest quality education to all students both remotely, in person, or often both consecutively. I applaud your dedication and perseverance and I’m confident that under your guidance, we will continue to educate our kids to be successful and happy adults.”

After a brief send off for the former trustees, Bonfield, Benson, and Woodward were sworn in.