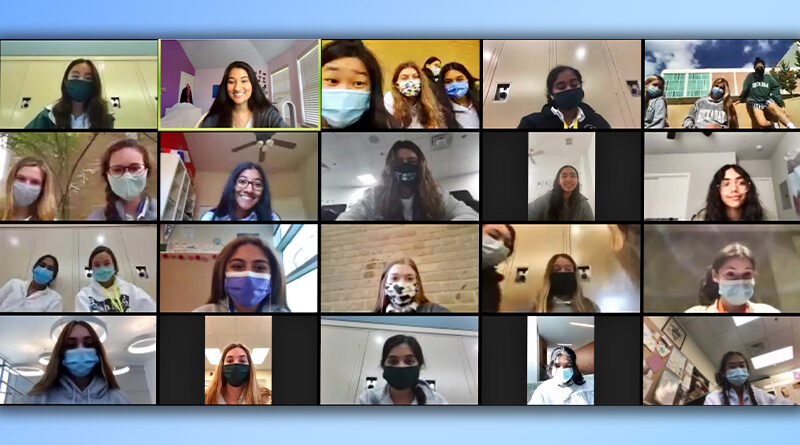 A student-run women’s rights organization that launched last year at the Greenhill School before expanding in the U.S. and overseas has taken hold at The Hockaday School.

Premanshi Agarwalla, now a junior, learned about new/gen on Instagram soon after its launch in May 2020 and thought it would fit well at Hockaday, where “everybody is a feminist to some extent.”

Greenhill’s Sheena Kwon, motivated after the 2020 Women’s March in Dallas, purposely didn’t capitalize the name of the organization she founded because lower case text, often used among teens, signifies casual, carefree, and relatable.

Everybody (here) is a feminist to some extent.

In July 2020, Agarwalla started an Instagram account with which she began following students and others around the community to further the feminist movement.

Now, new/gen Hockaday has 30 or so students in Instagram leadership, 100-plus club members, and more than 800 supporters in the community.

The pandemic has limited what new/gen can do, but volunteers partnered with the Genesis Women’s Shelter and distributed Halloween costumes to children in need last year.

Much of the new/gen work has involved building connections and promoting conversations.

“We’ve been more focused on engaging with the community that we have rather than doing random community hours,” Agarwalla said.

Next school year, Agarwalla will lead new/gen globally as its president, but she said the credit belongs with all of the girls who participate.

“The organization would be nowhere without all the girls that are involved,” Agarwalla said. “At the end of the day, it’s just another organization that people can choose to be a part of or not, and the fact that many people chose to support it means so much.”