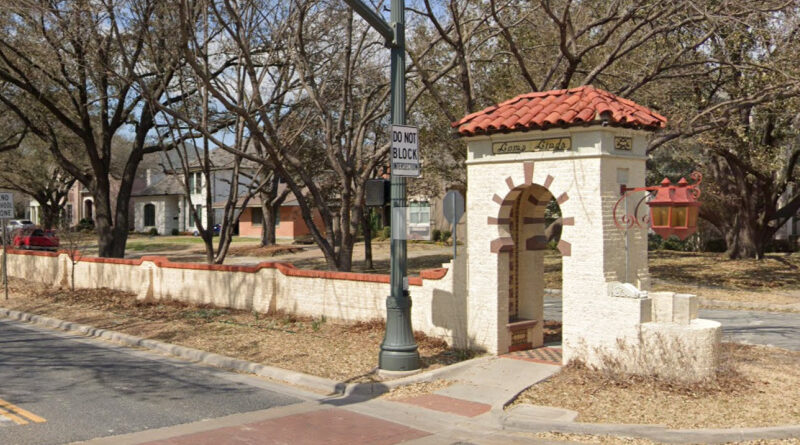 University Park recently received the Stewardship Award in the Preservation Achievement Awards, presented by Preservation Dallas, for the restoration of the David R. Williams Lomo Alto brick wall along Mockingbird.

The wall, designed decades ago by Dallas architects Marion Foshee and James Cheek, was intended to be one of the first subdivision entries in the area and is viewed by hundreds of drivers each day. Foshee and Cheek also designed Highland Park Village in 1931, which became the first self-contained shopping center in the country.

The $170,000 project was funded from the city’s capital improvements budget and was completed in August 2017. The restoration initiative included masonry repair, wall painting, lighting upgrades, landscape enhancements and paint. The wall was reinforced using existing material, and new lighting fixtures were added to entrance towers.

Founded in 1972, Preservation Dallas is dedicated to the preservation and revitalization of historic buildings, neighborhoods, and places. The 22nd annual Preservation Achievement Awards were held virtually on June 30.