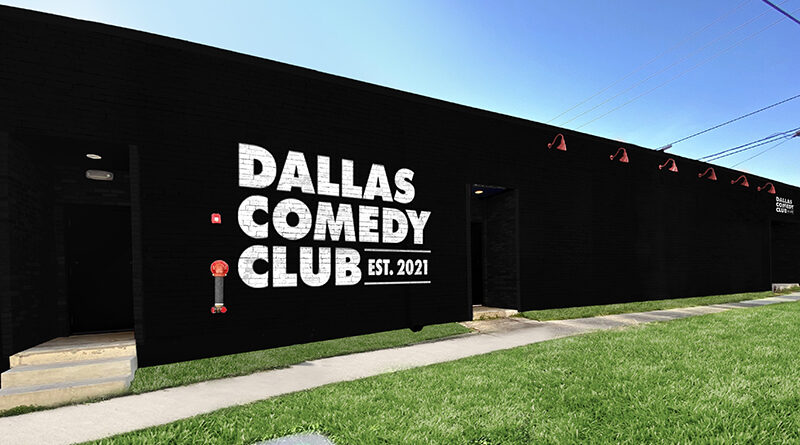 When Dallas Comedy House closed in 2020 due to the COVID-19 pandemic, tears were shed, hearts were broken, and nothing seemed all that funny anymore.

Ian and Rosie Caruth aim to fix that.

The couple has claimed the Deep Ellum location as their own and plans to reopen it as the Dallas Comedy Club on Sep. 1. The festival-like Labor Day weekend grand opening will feature talent from across the country, games, events, prizes, workshops, and shows.

The club will have several classrooms, two theaters, and cosmetic upgrades to the restaurant and bar areas. It will offer classes and performances of standup comedy, sketch comedy, improv, and storytelling.

“We know there’s a thirst for comedy in Dallas, and we want to provide a home for it,” Rosie said.

Ian added, “It’s one of my favorite art forms, and we just could not stomach the idea that improv and sketch comedy would just go away.”

The Caruths got involved in sketch comedy and improv about 19 years ago. They have taken classes and performed at various establishments in other states, such as California, Arizona, and New York.

After moving to Dallas, they sought a club community where they could meet people and take classes.

We know there’s a thirst for comedy in Dallas, and we want to provide a home for it.

“We did take classes and perform at DCH for about two years,” Rosie said. “But then the pandemic hit, so we just got a little taste.”

That taste wasn’t enough, so they began talking about opening a theater.

They also plan to make DCC entertainment available to comedy-lovers at home. The Caruths are working on virtual performances and classes and hope to expose the outside world to the theater.

“I think people are becoming more open to comedy and understanding that it’s so needed, therapeutic, and cathartic, especially coming out of the pandemic,” Rosie said. “This is just a really good time for comedy. It’s also a great date night and a great way to meet people and feel like you’re part of the Dallas community.”

Want The Updated Version of The ESD Trial Story?