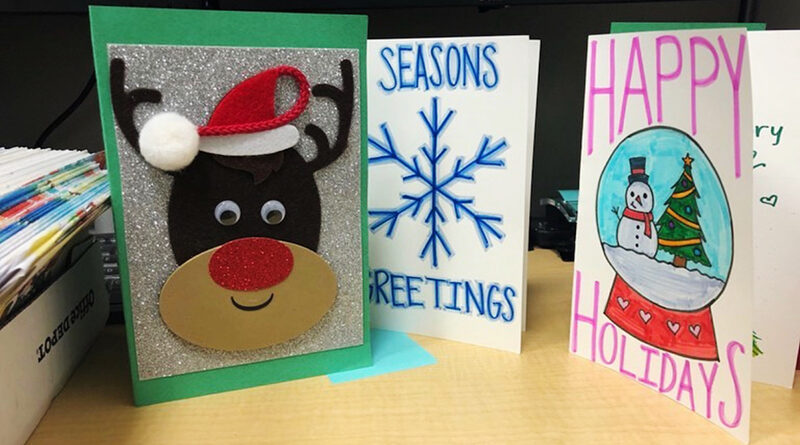 At Ursuline Academy, where the motto is “Serviam,” Latin for “I will serve,” it only makes sense that students would dedicate themselves to helping their community.

The biggest club at the school exemplifies this perfectly.

You’ve Got Mail, which has attracted over 200 members, supports teens with cancer through personalized notes of encouragement.

Class of 2019 graduates Marleigh Wood and Lucy Long founded the club when they were in school.

Long originally had the idea for You’ve Got Mail after noticing that teens with cancer often received less attention than younger children or adults with the disease.

“The main purpose of creating the club was just to support the teens who needed supporting because we learned they were getting left out,” Long said. “We wanted everyone to feel that they were valued.”

After discussing the idea, Wood and Long approached Annette Leslie, who co-founded the Carson Leslie Foundation after her son Carson died from cancer in 2010.

The foundation’s mission of raising funds for research toward a cure for pediatric cancer and supporting teens fighting the disease made it a logical choice for a partnership.

Together with CLF, one of You’ve Got Mail’s major projects is writing notes for the Jordan Spieth-sponsored Under Armour backpacks distributed across the entire globe.

With each note, You’ve Got Mail includes a $2 bill, which Leslie describes as the perfect encapsulation of both the foundation and club’s joint message.

“It’s kind of like a little sign of good luck, which fits the theme of this unexpected joy,” Leslie said. “Our message is consistently that you are loved, which spreads across all areas of influence, no matter what.”

Since Wood and Long’s graduation two years ago, the club has consistently grown and spread its influence.

“We’re trying to start the same club at Jesuit, which is really exciting,” she said. “And we were talking about doing a toy drive and bringing more people in since we have so many girls who are willing to help.”

Members of the club have found that You’ve Got Mail helps themselves along with the cancer patients.

“You’ve Got Mail means spreading all kinds of positivity,” Wood said. “It’s something that people can always come to if they are having a bad day and spread joy all around.”

Summer intern Maddie Stout, co-editor of her campus newspaper, will begin her senior year at The Hockaday School in August.

Maddie Stout, co-editor of her campus newspaper, will begin her senior year at The Hockaday School in August.

Ep 57: “It’s safer to have your kid walk down a dark alley in the worst part of South Oak Cliff”