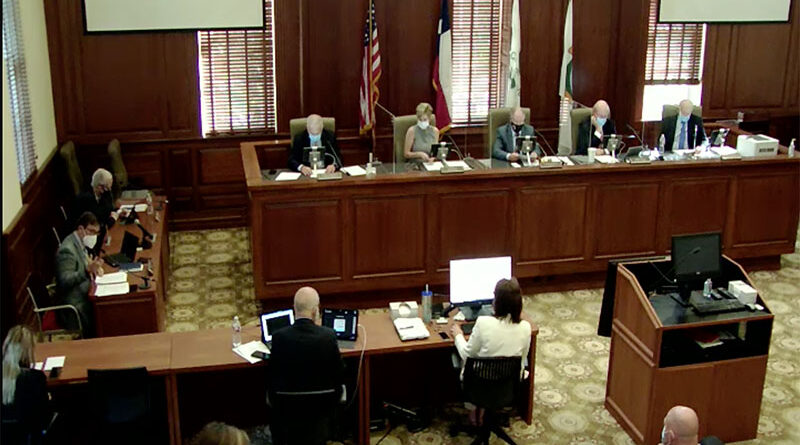 “Water and sewer fund; you can see we’re programming in a 3.9% revenue increase (to) help offset (a) 4% increase in expenditures,” said Tom Tvardzik, the city’s finance director. “Why do we need to increase our revenues? Well, the cost that we pay for water and wastewater treatment is going up by about $435,000. As you know, we buy water from the Dallas County Park Cities Municipal Utility District and we pay Dallas Water Utilities to take it away when we’re done with it.”

There’s no increase in sewer rates or sanitation rates under the proposed budget.

The public hearing on the proposed fiscal year 2022 budget will be open until the next city council meeting on Sept. 21. For more information on the budget, visit the city’s website.

The city received a total of $1,374,175 as part of the Coronavirus Aid, Relief, and Economic Security (CARES) Act that was used for things including testing for employees and other public health measures.

The city is also allocated to receive $6,190,932 as part of the American Rescue Plan Act passed in March, and received the 50% of that ($3,095,465.97) in August with the second half expect to be received no earlier than one year later. Those funds must be used for costs incurred by Dec. 31, 2024, and spent by Dec. 31, 2026, and can be used on COVID mitigation efforts, to provide premium pay to essential workers, to replace lost government services revenue to the extent revenue was lost during the pandemic, or for necessary investments in water, sewer, or broadband infrastructure.

“Sewer includes both the sanitary and storm, so I’d hazard a guess that’s where we’ll probably dedicate that money, but that’s a discussion for another day,” said Tvardzik.