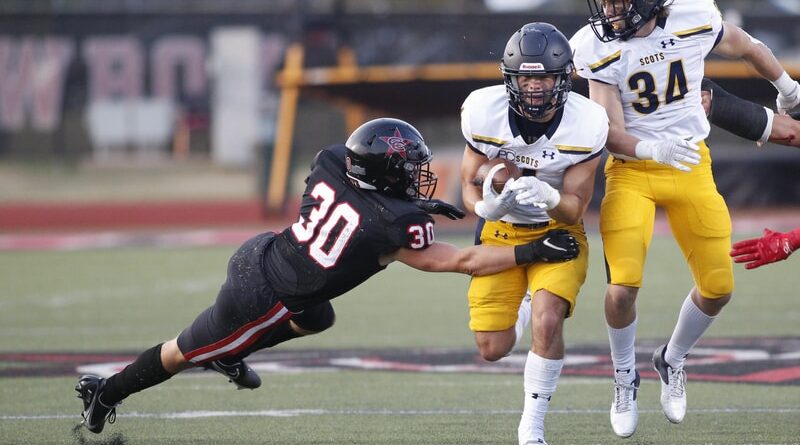 Even while the Highland Park offense has been finding its stride against a daunting nondistrict football schedule, the defense has picked up any slack.

Key stops and momentum shifts have quieted high-powered attacks and fueled back-to-back wins over Flower Mound and Coppell. But now the challenge for the Scots intensifies again.

The September gauntlet wraps up on Friday when HP hosts unbeaten Rockwall at Highlander Stadium, concluding a stretch of four Class 6A opponents in four weeks.

If the primary goal is to have the Scots battle-tested by the time District 7-5A Division I play opens on Oct. 1 at Sherman, then that mission will be accomplished.

The Scots and Yellowjackets will renew their early-season rivalry for the fifth consecutive season. HP has won three of the four prior meetings, including a lopsided 46-18 road victory in 2020.

Otherwise, the series has been characterized by close, high-scoring games with plenty of offensive fireworks involving two teams accustomed to postseason success.

The Scots (2-1) played their best game of the season last week in a 28-13 triumph at Coppell. Junior quarterback Brennan Storer threw for 234 yards and two touchdowns, and he also ran for a score. Christian Reeves added 72 rushing yards and a touchdown. While the offense built a 21-0 lead, the HP defense limited the Cowboys to just 50 total yards and two completed passes in the first half.

Rockwall also was particularly impressive last week during a 59-35 win over perennial power Lake Travis. The Jackets (3-0) have averaged 58.7 points per game, including a 75-point outburst against Jesuit two weeks ago.

Whether the Jackets are able to get revenge or the Scots are able to sting them again might come down to turnovers or special teams, as both teams look to wrap up nondistrict play on a high note.