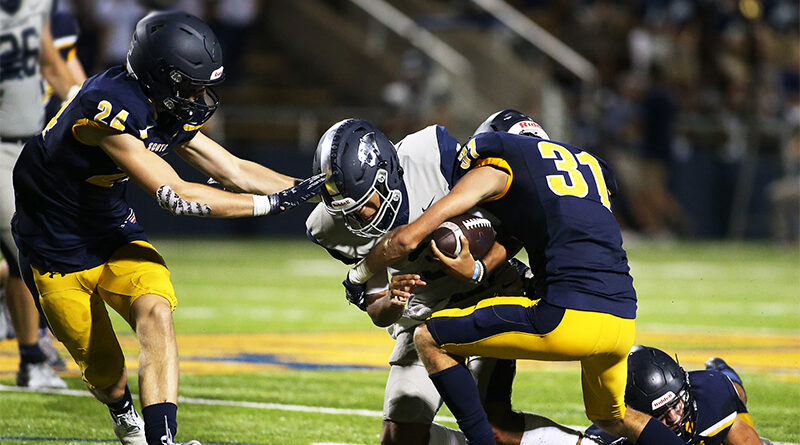 As a power forward on the Highland Park basketball team, Preston Taylor is just one of many tall trees.

But Taylor’s 6-foot-5 frame is much more unusual for a safety on the football field, where he finds his height can be equally advantageous.

“With a longer wingspan, you can break up passes easier,” Taylor said. “You can get to some passes that other people can’t.”

Taylor isn’t the only member of the Scots’ secondary who stands out. Blake Bevans is a 6-foot-3 cornerback, and Jonathan Thomas is just an inch shorter at the other safety spot.

At about 6 feet, cornerback Adam Rourke is average-sized for his position yet seems almost tiny compared to his abnormally lanky teammates.

“It’s totally coincidental,” said HP head coach Randy Allen. “It’s a nice advantage when your players have height to go with speed and instincts, especially when you get matched up against a taller receiver.”

Naturally, Taylor started as a receiver before shifting to safety in middle school. Bevans made a similar position switch.

“It helps me. Usually, corners are shorter and quicker,” Bevans said. “Some of the knockdowns I had last year were because of my wingspan.”

Of the eight cornerbacks named to the NFL’s Pro Bowl last season, none were over 6-foot-1. All-pro receivers, on the other hand, were more than an inch taller on average.

Height can be an advantage when contesting fade routes and other high throws. But Taylor also has been one of the team’s leading tacklers so far this season.

“We’ve had other corners and other safeties that weren’t as tall,” Allen said. “It’s an advantage if you can bend your hips and keep leverage on your tackling.”

The secondary will be critical to HP’s hopes of defending its District 6-5A Division I title this season. League play starts on Oct. 1 at Sherman.

For Bevans, perhaps the extra reach can compensate for a half-step against a quicker receiver, as the Scots will face some top pass-catchers throughout the season.

“It helps that we have such a tough non-district schedule,” he said. “We’re getting challenged at the beginning to see how we handle adversity.” 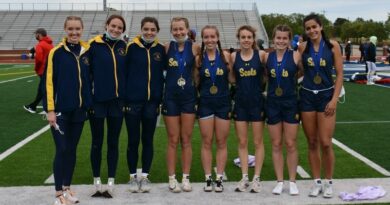