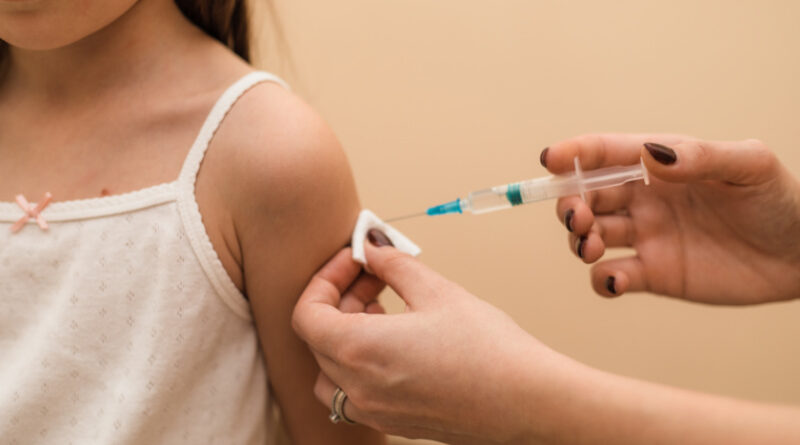 Not quite three weeks after Pfizer and BioNTech announced that their pediatric two-dose COVID-19 vaccine regimen for children ages 5-11 had been demonstrated to be safe in clinical trials, the companies said they have now submitted a request with the Food and Drug Administration for emergency use authorization.

An FDA advisory panel will take up the matter on Oct. 26. If the panel gives the go-ahead, the shots could begin within a few weeks of the approval. The companies said the pediatric vials will be specially marked for use in children.

The smaller dose of the COVID-19 vaccine produced a safe and “robust” immune response in children ages 5-11 in a clinical trial, the companies said last month.

(Read: Pfizer Says Vaccine for Younger Children Could Be Ready by Halloween)

The smaller, two-dose regimen (it’s about a third of the size of the adult and teen vaccine), administered 21 days apart, had a “favorable safety profile and robust neutralizing antibody responses,” a release from the drugmakers said.

Dallas County Judge Clay Jenkins said that when approval is issued, the county will be ready to begin putting shots in arms.

The news was welcome for many parents and doctors.

“… we absolutely believe that we have enough data to determine the safety and efficacy of the vaccine for emergency use authorization in children after two months,” Dr. Lee Savio Beers, the president of the American Academy of Pediatrics, told NPR last month.

“The higher proportion of cases in this population means this age group could be contributing in driving continued spread of COVID-19,” the AAP wrote in a letter to the FDA in September. “Sadly, over 350 children have died of COVID since the start of pandemic and millions of children have been negatively impacted by missed schooling, social isolation, and in too many cases, the death of parents and other caregivers.

“The FDA should strongly consider authorizing these vaccines for children ages 5-11 years based on data from the initial enrolled cohort, which are already available, while continuing to follow safety data from the expanded cohort in the post-market setting,” the letter continued. “This approach would not slow down the time to authorization of these critically needed vaccines in the 5–11-year age group.”

Some students are ready to be vaccinated, too.

“I’m only 10 years old,” wrote Chapel Hill Preparatory fifth-grader John Erickson. “I don’t know why they haven’t figured out how to give me that shot yet, but I want it soon, because I like feeling safe and being safe.”

Pfizer’s clinical trial included more than 2,200 children. The companies said in September that the shots were well-tolerated by the children in the trial, and produced results comparable to those in a study of people ages 16-25.

Moderna recently requested FDA approval for its vaccine for use in 12-to 17-year-olds and is also working on a clinical trial for younger children.

Both Pfizer/BioNTech and Moderna are also studying vaccine doses for children as young as 6 months, with results from those studies expected later this winter.