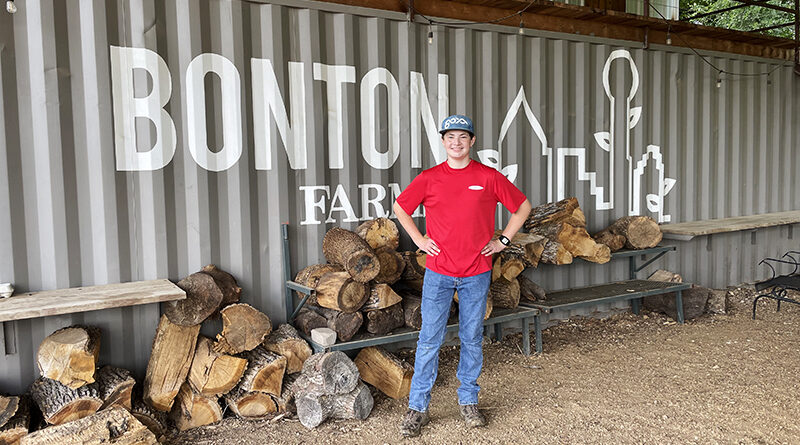 The name Baxter Perry-Miller is certainly abuzz at Bonton Farms. And it’s not just from the bees he brought there, although that’s certainly part of it.

The St. Marks School of Texas sophomore has earned the Distinguished Conservation Award, one of the rarest and most difficult awards to procure as a Boy Scout. In the past, less than 150 people have won it, but Perry-Miller is almost there.

After achieving his Eagle Scout rank, Perry-Miller heard about the conservation award from a merit-badge advisor who recognized the teen’s passion for the environment and background working with the Park Cities Quail Coalition.

To receive the honor, he must complete four major conservation projects.

For his first project, Perry-Miller worked with the Trinity River Audubon Center. There, he established an outdoor sustainable recycling program. Next, he led a battery drive, which ended up falling during the pandemic.

“I had to switch the drive to basically be on my porch, but I managed to collect 418 pounds of batteries,” Perry-Miller said. “It was a lot of trips to the collection center.”

The real reason I’m doing this isn’t so much for the actual projects or award, but to teach more people about conservation.

For his third project, Perry-Miller collaborated with the Lewisville Lake Environmental Learning Area (LLELA). Together, they worked to release 112 pen-raised quail on the 2600-acre property. After doing so, he monitored the quail, tracking their survival rate and other data.

For his final project, Perry-Miller knew he wanted to work with Bonton Farms, a community farm in South Dallas, working to end the food desert there and provide employment opportunities in the community.

Initially, Perry-Miller pitched a rain barrel system to the farm, but they already had one set up.

“The people at Bonton mentioned the bee apiary project instead, and how they wanted to dedicate the project and the area to a former member of the farm who had unfortunately passed away,” Perry-Miller said. “I just thought that it was a really cool project that was very close to my heart.”

The project involves setting up a bee apiary with wildflowers, native Texas grasses, and 15 beehives. Ultimately, the apiary will help with cross-pollination, said project manager Beau Babcock of Bonton Farms.

“Bonton is really an agrotourism farm, so having a space like the apiary where we can teach people about the benefits of native plants and the benefits of pollinators is very helpful,” Babcock said. “I hope Baxter’s work catches on with the rest of his peers as well.”

To receive the honor, he had to complete four major conservation projects.

“The real reason I’m doing this isn’t so much for the actual projects or award, but to teach more people about conservation,” Perry-Miller said. “The award is great recognition, but I didn’t do this to have it on my resume. I did it for conservation.”

Maddie Stout, co-editor of her campus newspaper, will begin her senior year at The Hockaday School in August. 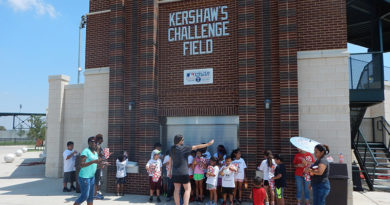 Getting Kids in the Game