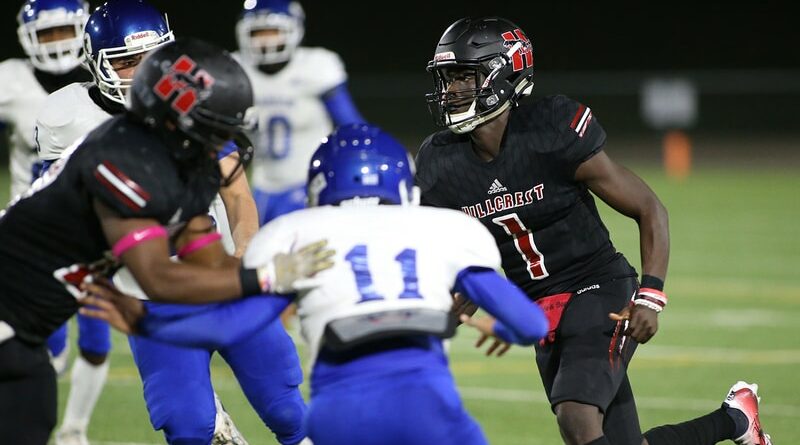 By dominating an overmatched opponent on Thursday, Hillcrest remained on track to earn back-to-back playoff berths for the first time in 15 years.

Hillcrest reached the end zone seven times in the first half despite running just 15 total plays. The Panthers (5-2, 3-2) averaged more than 12 yards per offensive snap.

Three touchdowns came in the first four minutes of the game after Hillcrest’s Morgan Beavers recovered the opening kickoff at the Adamson 16-yard line. Oscar Humphrey scampered for an 11-yard score on the ensuing play.

Sido finished 9-of-11 passing for 163 yards, and he also ran for a 35-yard score. Reggie Williams and Shannon Cruse each caught two touchdown passes, while Cruse also returned a fumble for a score in the third quarter.

Jaden Hodge and Zion Anguiano also scored touchdowns for Hillcrest, which hit paydirt on its first eight drives of the game.

Meanwhile, the Leopards (1-6, 1-4) were limited to 16 total yards, including minus-36 on the ground. Adamson didn’t cross midfield until the fourth quarter.

The Panthers will take a three-game winning streak into a showdown against District 6-5A Div. II co-leader Kimball on Oct. 21. Hillcrest needs one more victory to clinch its third consecutive winning season.