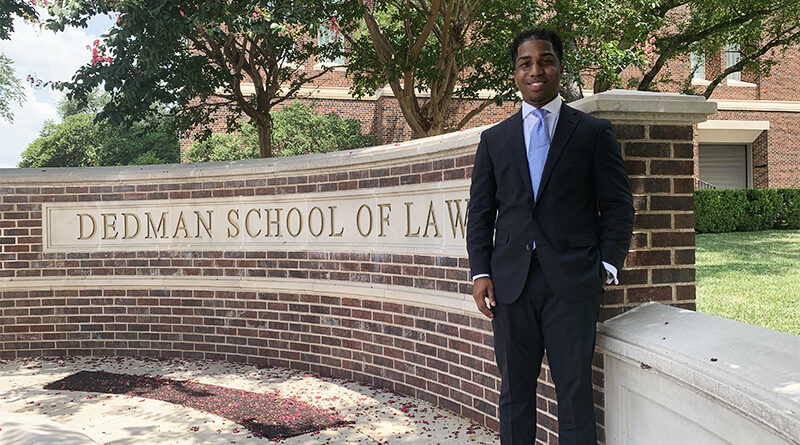 Kevin Lee’s journey has taken him from homelessness after a snowstorm while a teenager in Pittsburgh to studying at SMU’s Dedman School of Law.

Health officials deemed their home uninhabitable, so Lee and his mom couch-surfed after the blizzard before moving to stay with a friend in Georgia.

Then when trying to register for his senior year of high school in 2012, Lee discovered not enough of his credits would transfer for him to graduate on time.

His mother, Tamara Williams, said there were two phrases she didn’t allow: “I can’t” and “I don’t know.”

I just want to be a person that people can look at and say you know what, ‘I can do that too,’ or ‘I can do even better than that.’

“There’s always a way to find out something,” Williams said. “I just kept on telling him, ‘Never give up.’”

He was able to register for school after they found an apartment in Pittsburgh. He then graduated valedictorian of his class.

While applying to colleges, Lee and his mom watched The Great Debaters, based on the story of a professor at Wiley College in Marshall, Texas, who started a debate team there.

“That was the only movie we had, and so we watched it probably 10 times, and on the seventh time, I said, ‘You know what? I’d like to be on the debate team,’ he said. “My mom said, ‘Hey, well you have that cellphone in your hand, research Wiley College.”

Lee ended up attending Paul Quinn College in Dallas with a scholarship and serving as class president there.

“I was able to visit SMU during my time at Paul Quinn College, and I was actually a speaker at an event here, and so just being able to spend time on the campus, I said that is a place that I want to go for law school,” he said.

After he graduates from SMU’s law school, he hopes to advocate for others and become a judge, he said. “I just want to be a person that people can look at and say you know what, ‘I can do that too,’ or ‘I can do even better than that.’”

Old Man of the Aisle