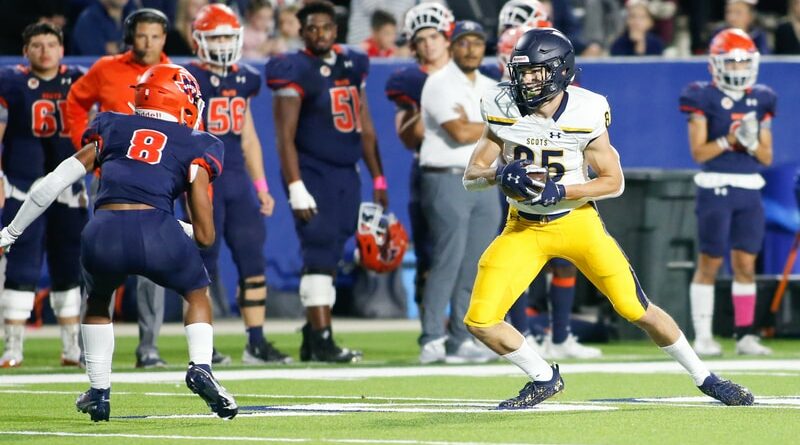 For the past three weeks, Highland Park and Tyler have been tied atop the District 7-5A Div. I football standings.

After they collide on Friday at Highlander Stadium, the winner will have sole possession of the league lead and will become the favorite for an outright district title.

The Scots (6-1, 3-0) have won six consecutive games, the most lopsided of which came during a 59-24 road victory over McKinney North last week.

HP easily won last year’s matchup against Tyler, although the two perennial powerhouses are better known for their high-stakes playoff thrillers in 2011 and 2018.

The Lions (5-2, 3-0) have bounced back after consecutive losing seasons. Tyler dropped its first two nondistrict games but has won five in a row since then, including a 48-10 thumping of Wylie East a week ago.

The Tyler defense has surrendered fewer than 17 points per game during the winning streak, but the offense looked particularly impressive against the last-place Raiders.

All three of Eli Holt’s touchdown passes covered more than 50 yards, and he also ran for a score. Meanwhile, sophomore Derrick McFall ran for three touchdowns as the leader of a rushing attack built on breakaway speed.

Among those in the crowd on Friday will be Larry Mims, who has remained connected to the HP community since suffering a serious injury while playing for Grand Prairie during a 1974 game against the Scots.

Mims — whose nephew plays for Tyler — will be a guest of Rick Thompson, who played for HP in that game. Kirk Dooley revisited their story last year, and it’s well worth another read.