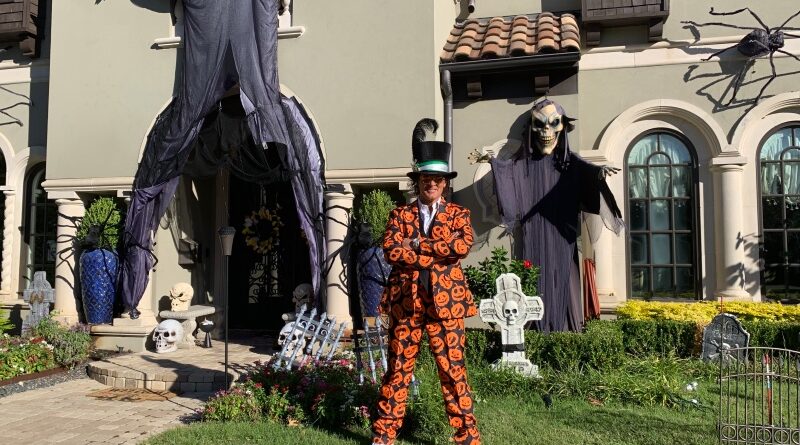 A University Park family is carrying on a Halloween tradition.

George “Gig” Reeves grew up in the Park Cities and has been helping get homes ready for the spooky season since the ‘80s.

“I was born and raised here and it was always a good place to trick or treat,” Reeves said.

He and his childhood best friend used to dress up and hand out candy at his friend’s family home. They eventually added a synthesizer, music, microphone, and a fog machine to their setup.

Now with four children of their own who range in age from 21 to six, Reeves and his wife, Lindsay, have kept the tradition at their home in the 3800 block of Villanova Street since they moved there in 2009.

Reeves and his family start decorating in late September, and by Halloween, the setup includes animatronics, fog, sound effects, and more. A candy chute is a new addition built and added to the decor last year.