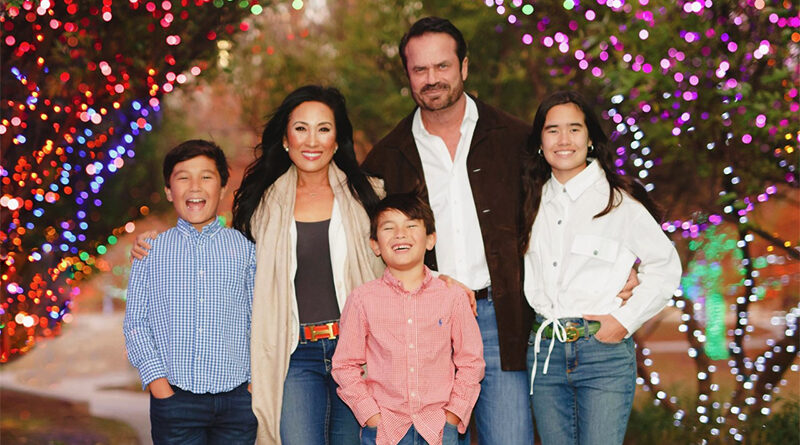 However, along the way, she gained the valuable qualities the Park Cities resident credits for shaping her into a budding entrepreneur.

In Korea, effects from the war caused many to struggle, including her diligent working-class family, whose members took multiple jobs to make ends meet.

Wanting a brighter future for their children, Marsh’s parents applied for a visa when she was 7. Her aunt in Michigan had married a U.S. Army soldier and sponsored the family.

When Marsh was 11, their visa was granted. She prepared for her new life by tuning in to a channel for U.S. armed forces.

“My only dilemma on the flight over was what color horse I wanted,” she said. “So, you can imagine my surprise when we landed in Michigan in the middle of the winter in 3 inches of snow!”

Marsh’s mom carpooled with a neighbor to work while her dad rode a bicycle, even in frigid Michigan winters.

The family operated a cleaning service and had a booth at a flea market, where Marsh learned the importance of hard work while helping her parents sell small accessories.

In fifth grade, Marsh balanced learning English with her studies. Using a Korean to English dictionary, she and her brothers translated and completed assignments.

By sixth grade, she had a grasp of English and began to interact with other students. While she made one friend, another classmate would constantly target and bully them until one of the popular boys stood up for Marsh and her friend.

My only dilemma on the flight over was what color horse I wanted. So, you can imagine my surprise when we landed in Michigan in the middle of the winter in 3 inches of snow!

“He literally stood up and called her out,” said Marsh. “All these years later, I owe so much to him.”

That experience inspired Marsh to escape her self-pity and “go for it,” allowing her to learn the value of simply trying.

She spent the remainder of middle school trying out and excelling in new sports and made the cheerleading team, where she found her love of dance.

“I was the only new girl,” she recalled.

She would cheer in high school, increase her focus on dance, and become an NFL cheerleader for the Atlanta Falcons. Work with a sports network allowed her to travel worldwide and help philanthropies.

Lately, she’s focused on launching a business, Ring Along, to sell a functional and fashionable bag organization system. Pre-orders began on Kickstarter in late August.

Her product consists of various sized pouches with spring-hinged rings for attaching to bags, different crossbody straps or belts, and even a wristlet.

“It would mean the world to me to bring my products to life,” said Marsh. “Not only to help others but also to honor my parents’ legacy by continuing to live the American Dream.”

House of the Month – 3644 McFarlin Boulevard