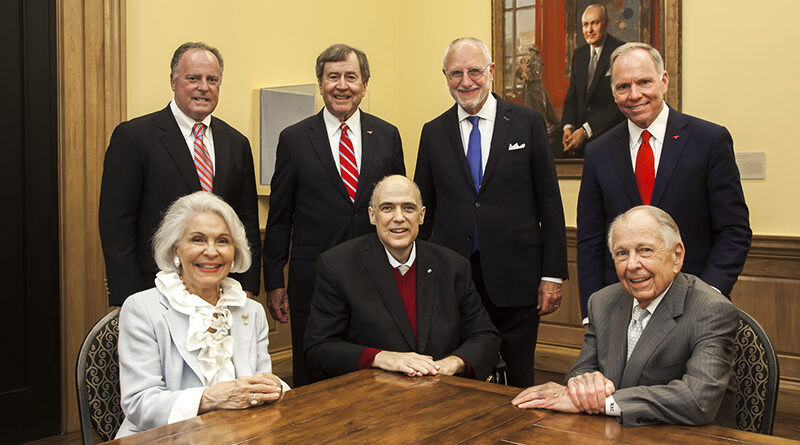 Linda P. and William A. Custard committed $3 million, and the Meadows Foundation matched that to establish the Custard Institute for Spanish Art and Culture at the Meadows Museum.

“Through their gift, the Custards and the Meadows Foundation will foster profound partnerships and inspire meaningful scholarship that reaches far beyond SMU’s campus,” said SMU President R. Gerald Turner.

What does it take to join the ranks of distinguished SMU alumni and emerging leaders?

Leading the fight against hunger, championing philanthropy, rising to the federal bench, and winning a Ryder Cup wouldn’t hurt.

The Emerging Leader Award went to golfer Bryson DeChambeau, class of 2016. He is one of the top professional golfers globally and is often referred to as “The Scientist” for his SMU physics major and analytical approach to the sport.

Claire Babineaux-Fontenot, a 1992 graduate of SMU’s Dedman School of Law. As chief executive officer of Feeding America, she oversees a national nonprofit network of 200 food banks and 60,000 food pantries and programs that served more than 6 billion meals during the pandemic.

Bill and Liz Martin Armstrong, the class of 1982. They met as geology majors and married in 1984. Together, they propelled a startup into Armstrong Oil and Gas, an energy exploration juggernaut; founded the award-winning Epoch Estate Wines; and established the Armstrong Foundation, which focuses on arts and education philanthropy. They remain active leaders for SMU.

U.S. District Judge Barbara M. Golden Lynn, a 1976 law school graduate. She shattered gender barriers early in her career and continues to open doors for women in the legal profession. Lynn joined Carrington Coleman in Dallas as the firm’s first female associate and, later, became its first female partner before assuming the bench as a U.S. district judge for the Northern District of Texas in 2000. Lynn made history in 2016 as the first woman to attain the position of chief judge. Despite a full docket, Lynn remains involved with SMU.

Ponies in a landslide study

Watch out West Coast residents: SMU geophysicists, using satellite imagery, have spotted more than 600 slow-moving landslides – less than 5 percent of which had been identified before.

“These landslides are currently moving slowly. But they’re already in a state of force imbalance. So some other external forces, like earthquakes or rainfall, could shift them into a disaster,” said Yuankun Xu, a postdoctoral researcher and lead author of a study published in the journal Landslides.

Xu works in the SMU Radar Laboratory of geophysics professor Zhong Lu, whose team has received nearly $1 million from NASA over the past four years.

“We don’t want to give the impression that these landslides are in trouble tomorrow,” Lu said. But researchers urged policymakers to monitor the movement to prevent catastrophe. 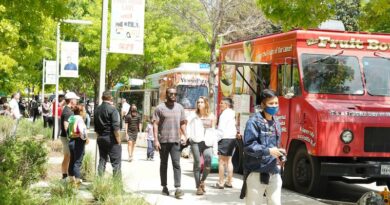