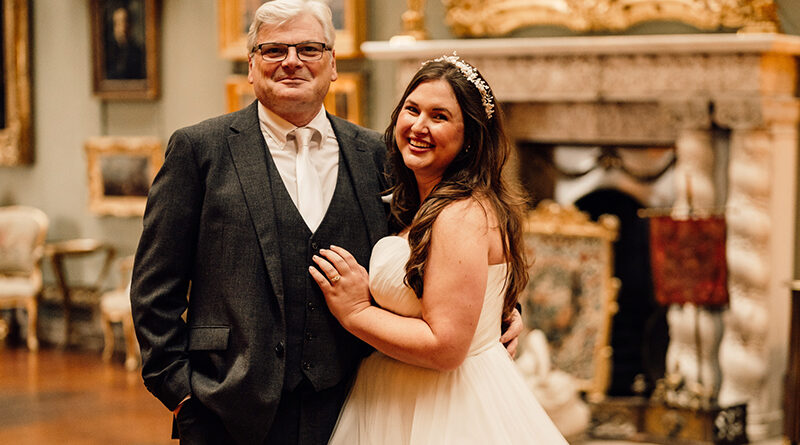 Mary “Kelly” McKenzie wed Victor A. Sawyer on the 16th of October 2021 at Somerley House, Hampshire, England. The couple exchanged their vows under a 500-year-old oak tree on the grounds of the estate. A cocktail reception, dinner, dancing and fireworks in the parkland followed. The estate dates back to the mid-1600s, and Somerley has featured prominently in The Crown on Netflix.

Kelly is the daughter of Mike and Barbara McKenzie of University Park, Texas. Vic is the son of Mrs. Jean Sawyer of Reading, England.

For her wedding gown, the bride chose a tulle gown from Pronovias Atelier Collection featuring a sweetheart bodice and multi-layer skirt and train. The fingertip length veil was accented by a bespoke Hermione Harbutt headpiece of flowers crafted of freshwater pearls.

The bride is a 2007 graduate of Highland Park High School. She received a Bachelor of Arts degree from Georgetown University, a Masters of Business Administration degree from UCLA Anderson School of Management, and a Master of Science degree in Psychology from the University of Reading (UK).

Kelly is a private mental health consultant specializing in LGBTQ+ issues. In January, she will begin work on her Master of Science degree in Counseling at SMU’s Simmons School of Education and Human Development.

Vic recently retired from a career with British Telecom to move to Dallas with Kelly.

After a wedding trip to Paris and Croatia, Vic and Kelly now reside in Dallas. 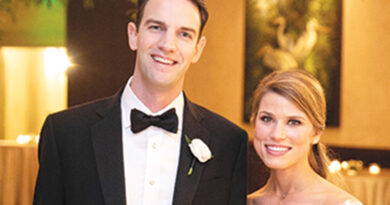