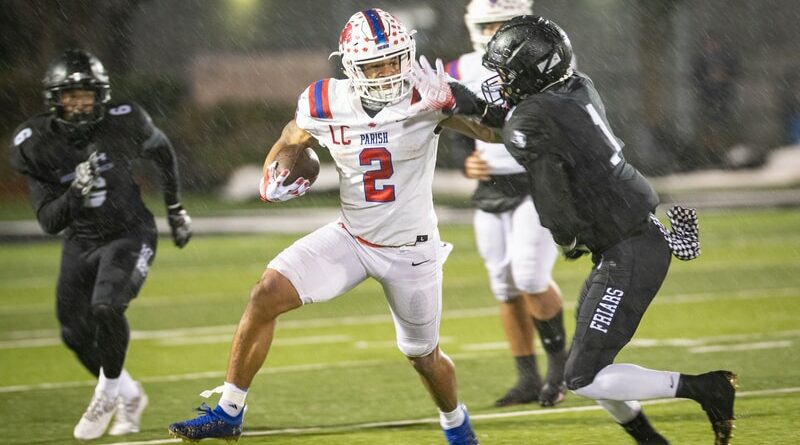 Just two years ago, Parish Episcopal won its first TAPPS Division I state football title. Now the Panthers are on the verge of a dynasty.

Parish will aim for its third consecutive crown at 1 p.m. Saturday against Midland Christian at Waco ISD Stadium.

The Panthers (11-1) stretched their winning streak to 10 games with a 55-13 thrashing of Bishop Lynch in the semifinals last week. They have won 32 of their last 34 games overall.

Their closest victory this season was a 28-14 triumph over Midland Christian in the district opener on Sept. 24. In fact, after rolling through district play unbeaten during the regular season, the Panthers have simply had to duplicate that feat in the playoffs — all three opponents have been league rematches for the second straight year.

Parish running back Andrew Paul continued his sensational senior season with 439 yards and six touchdowns against the Friars. He has more than 2,200 yards and 38 touchdowns in just 12 games this year. He has surpassed 300 yards in three of the last four contests.

Freshman quarterback Sawyer Anderson had just 98 yards in rainy conditions last week, but his numbers are eye-popping for a debut season: almost 2,800 yards with 30 passing touchdowns and just six interceptions. Parish has averaged 56.3 points over its last six games.

The Panthers will be favored on Saturday to defeat the Mustangs (10-2) for the fourth time in the last two years. Midland Christian is led by dual-threat quarterback Ryver Rodriguez, who tallied four rushing scores in a 41-14 thumping of San Antonio Central Catholic in the other semifinal game.

The Panthers are hoping for their first TAPPS Division I title, although they did win three straight Division II crowns from 2011 to 2013.