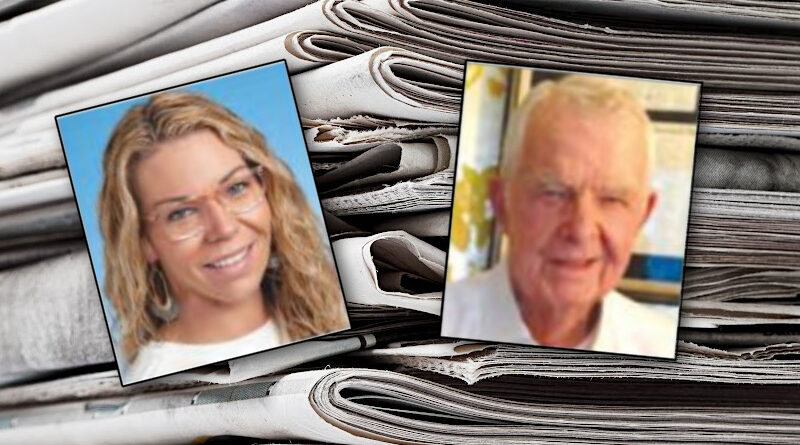 Among the 10 nominees for Readers’ Choice Person of the Year, two more individuals stood out, garnering the second and third-most votes in our poll.

When students walk into Courtney Dios’ class at the Shelton School, they aren’t just sitting down in front of any teacher – they’re getting time with an alumna who understands exactly how they feel.

The Highland Park native said she struggled in school before finding her home at Shelton as a student.

Now, as a teacher, she offers her students a “life hacks” class that teaches things like sewing, cooking, gardening, and even basic survival skills.

“What if you were in a situation that you didn’t have that access and had to have some basic knowledge of how to do a task that we are more than likely will be faced with at some point in our life?” she said. “My goal is to teach them how to work smarter, not harder and give them the knowledge where if they were put in a situation, they would be more confident.”

“Through the years, Brad became college football’s favorite photographer,” Bradley’s biography on the Cotton Bowl’s website reads. “Few can match his years of service to a bowl game. A permanent fixture at the AT&T Cotton Bowl, his streak of consecutive games worked has reached an unprecedented 59 games.”

Bradley’s father-in-law, Jim Laughead, had been hired by SMU as a photographer prior to that in 1947 and quickly asked Brad to join him.

Throughout his career, Bradley has covered more than 40 colleges and several NFL teams, and In the summer of 2018, the College Football Hall of Fame had an exhibit dedicated to him and his photography.

The family business continues from his University Park home, where Brad and his son, Jimmy, still take photos for SMU. Brad was named University Park’s Citizen of the Year in

2019 and serves on the city’s Facilities Naming Committee.